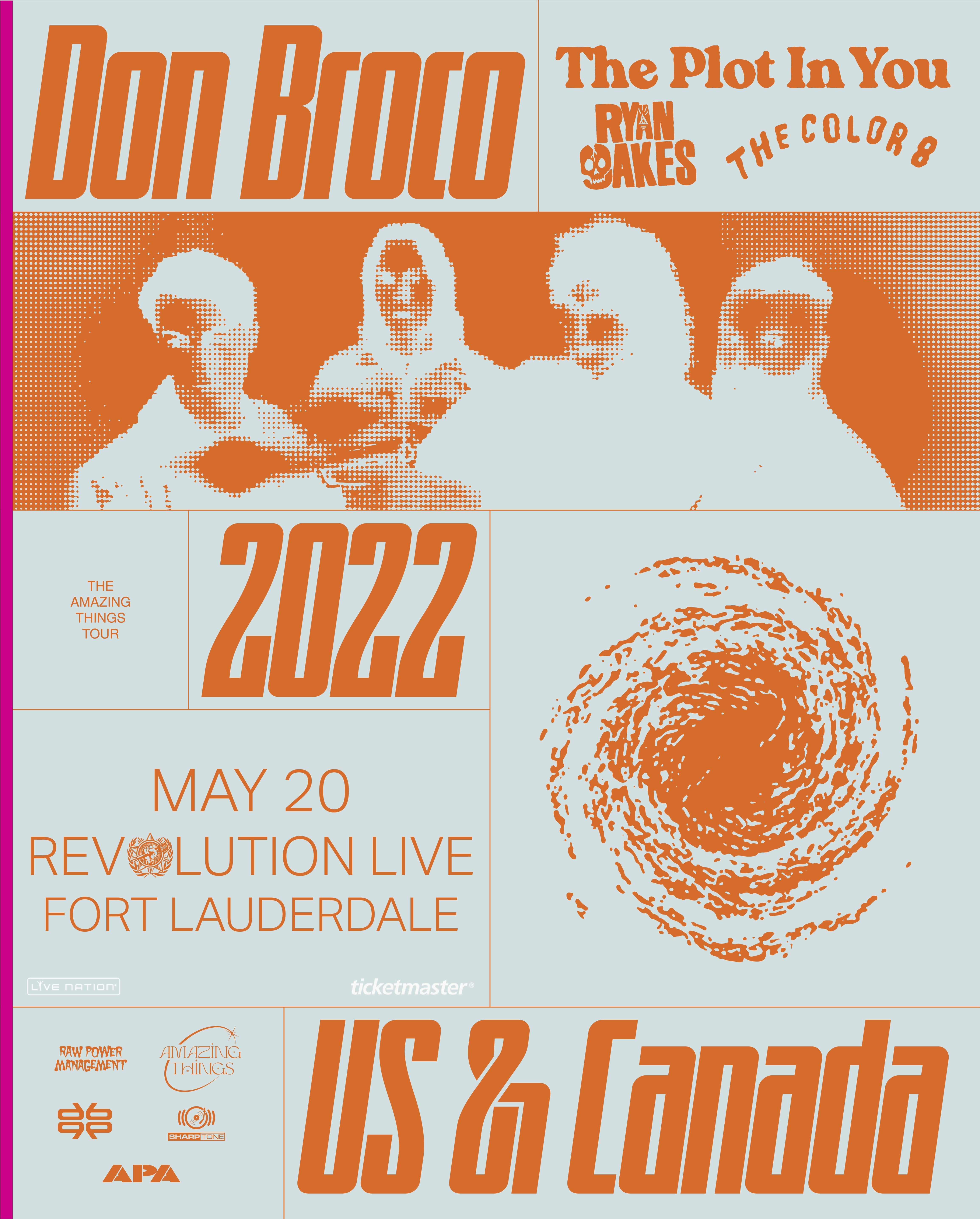 Refunds available at Point of Purchase

With A Plot In You and Ryan Oakes

Don Broco have announced their return with the brand new album Amazing Things.  This is the band’s fourth album, and follows the release of 2018’s Technology, which was was a Top 5 album in the UK charts and has had over 100 million streams to date, and also 2015’s Automatic, which provided the band with their first Top 10 album in the UK.  Always unique and forever pushing boundaries, Don Broco are never ones to follow the trend and the new album Amazing Things is very aptly named. It’s yet another genre-bending masterpiece with electro, rock, pop, metal and more all wrapped up in their own unique blend and sounding like nobody else on earth. Garnering nothing but praise for their relentless high-octane performances, Don Broco have previously sold-out arena shows across the UK, headlining Wembley Arena after selling out Alexandra Palace as well as festival performances around the world.  Catcvh the excitement at Revolution Live!