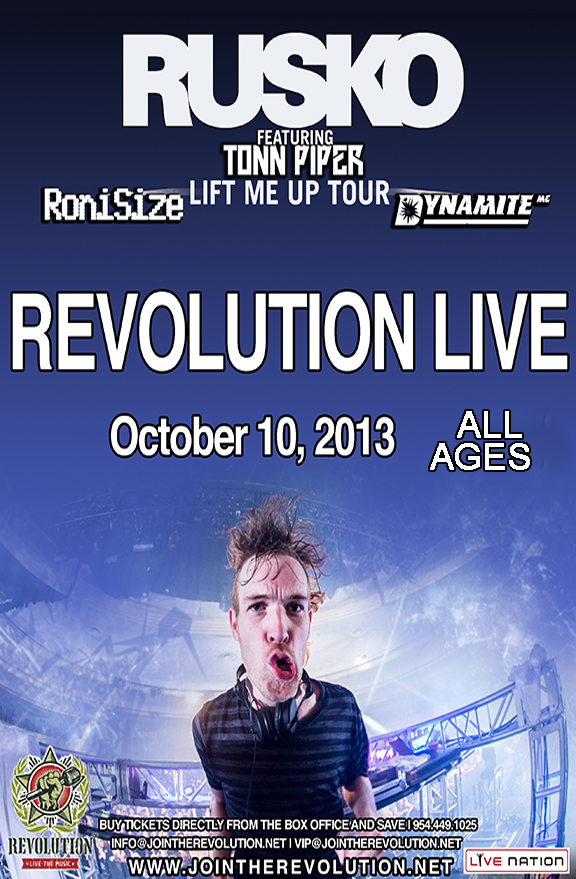 Long considered one of the pioneers of mainstream UK dubstep, Rusko has remained a convincing leader in the resulting U.S. movement since its birth a few years later. Rusko’s ultra-heavy brand of reggae- and dub-inspired bass music shakes dancefloors from LA to London and brings dubstep fans out in sheer numbers rivaled by few other Djs. Rusko offered fans a lighter side of the very dark and damp sound of dubstep, which significantly boosted his following outside the immediate community. His first big hit, “Cockney Thug” appeared on lists and sets by DJs the likes of Pete Tong, Annie Mac, and others. In 2010, he released his hugely popular debut album O.M.G.! featuring huge tracks like “Hold On,” and “Woo Boost.” In 2012, he followed up with the anthemic “Somebody to Love,” the first single on his second album, Songs. The same year, Rusko embarked on a massive solo tour of 19 cities across North America and released yet another set of tracks, the KAPOW EP, this time available free for download via his site. With new material surfacing at a near-constant rate, this pattern is likely to continue and Rusko will remain on the forefront of the ever-evolving scene of electronic music.