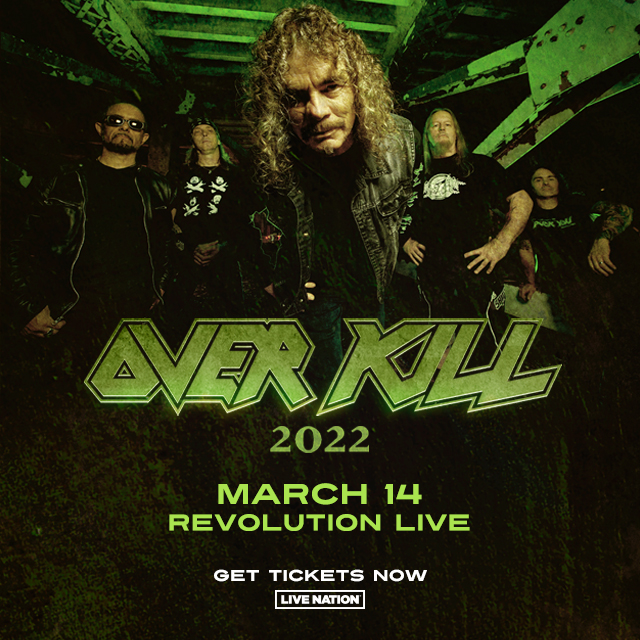 An integral part of the early-’80s thrash metal movement that spawned acts like Metallica and Anthrax, New Jersey’s Overkill garnered a reputation for brutal, pounding speed and technique. Emerging in 1985 with the punishing Feel the Fire, the band built up a strong following in the metal underground with subsequent outings like Under the Influence (1988) and Years of Decay (1989). Despite enduring myriad label and lineup changes — bassist D. D. Verni and lead vocalist Bobby “Blitz” Ellsworth have been the group’s sole constant members — Overkill have remained one of the East Coast’s most successful and versatile metal outfits, dabbling in doom, industrial, and stoner metal, while releasing an abundance of critically acclaimed albums like Ironbound (2010), White Devil Armory (2014), and The Wings of War (2019).