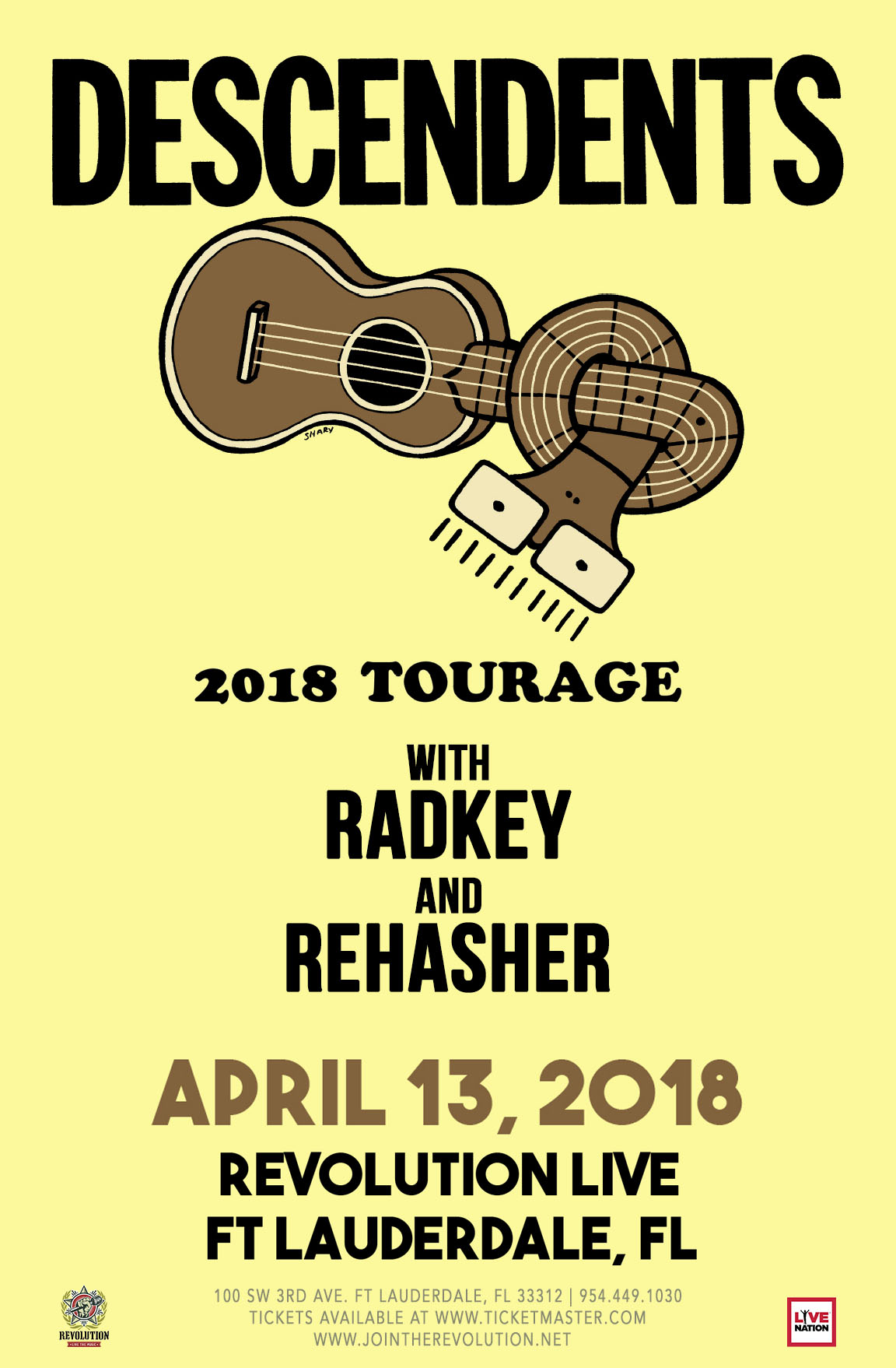 Fueled by “rejection, food, coffee, girls, fishing and food,” the Descendents sprang up during the halcyon days of the Los Angeles punk scene; fusing the blind rage of hardcore with an unexpectedly wry, self-deprecating wit and a strong melodic sensibility that set them distinctly apart from their West Coast brethren. They gradually emerged as one of the most enduring and adored bands of their time. Formed in 1979, the Descendents initially sported an edgy power pop sound inspired by the Buzzcocks. Through ups nad downs and intermittent disbanding and rebanding, the Descendents returned in 2016 with Hypercaffium Spazzinate, their first new studio material in 12 years. The album delivers all those good Descendents feelings their fans love. “Each time we make a record it’s almost like the first time all over again,” says drummer Bill Stevenson.