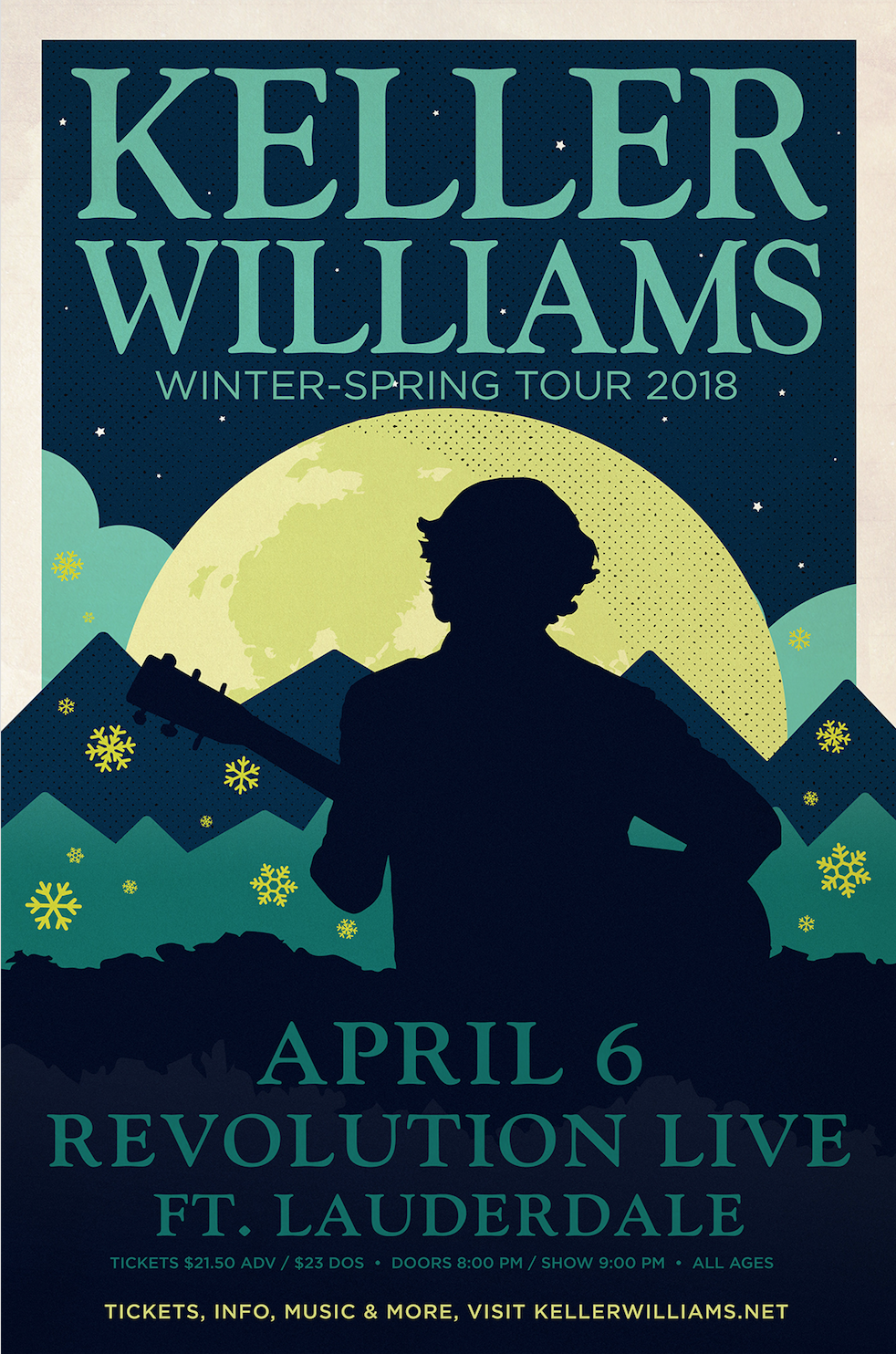 Singer, songwriter, and guitarist Keller Williams is literally a one-man band. His fascinating live shows feature him solo on-stage with a Gibson Echoplex Digital Pro looping unit, and he creates and builds his backing loops in the moment, simultaneously improvising on his custom-made ten-string guitar — and thanks to his equally quirky, upbeat, and semi-surreal songs (which he frequently weaves into extended, half-improvised medleys) and his warm, friendly tenor singing voice, Williams is an utterly unique performer whose musical eccentricities don’t keep him from being immediately accessible. Endlessly creative, innovative, and fun, Williams is a fascinating artist, and his somewhat wacky take on the world and his amazing and eccentric guitar talents make him a refreshing performer.