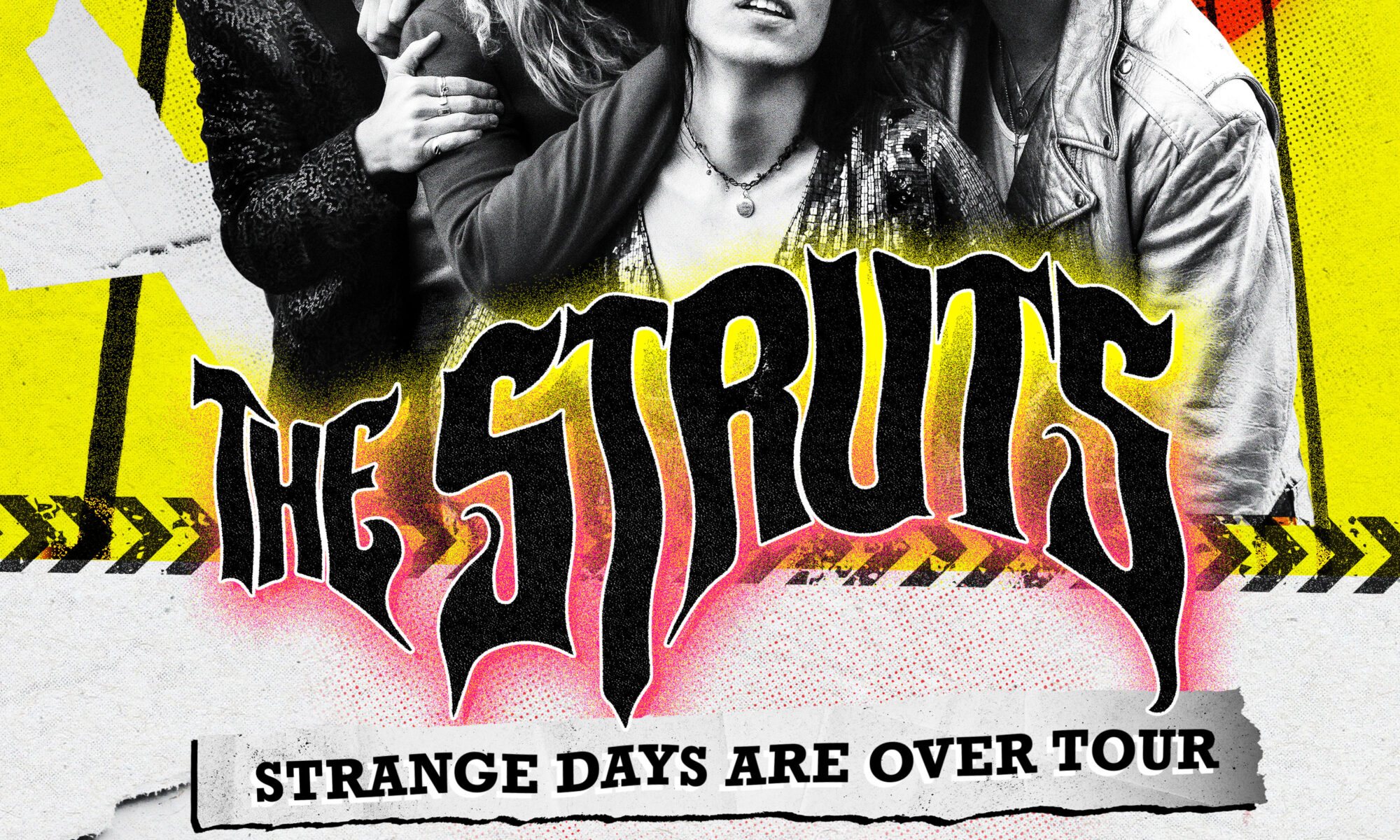 Touring to support the third full-length from British rock band The Struts, Strange Days came to life over the course of a charmed and frenzied burst of creativity last spring. After getting tested for COVID-19, singer Luke Spiller, guitarist AdamSlack, bassist Jed Elliott, and drummer Gethin Davies all moved into the Los Angeles home of Jon Levine, a producer who worked extensively on their acclaimed sophomore effort YOUNG & DANGEROUS (including the album’s chart-climbing lead single “BodyTalks”). Within just ten days of couch-crashing at Levine’s house, The Struts had laid down nine original tracks and one masterful cover of a KISS B- side: a lean, mean body of work that amounts to their most glorious output to date. It was a change of pace for a band that has opened for the likes of The Rolling Stones, the who and Guns’n Roses. “It was so much fun to make a record this way instead of getting everything done in between touring, working with multiple producers in multiple countries,” says Spiller. “We were all just burning to capture that excitement as much as we possibly could, and at times it felt like the songs were literally just falling from the sky.”