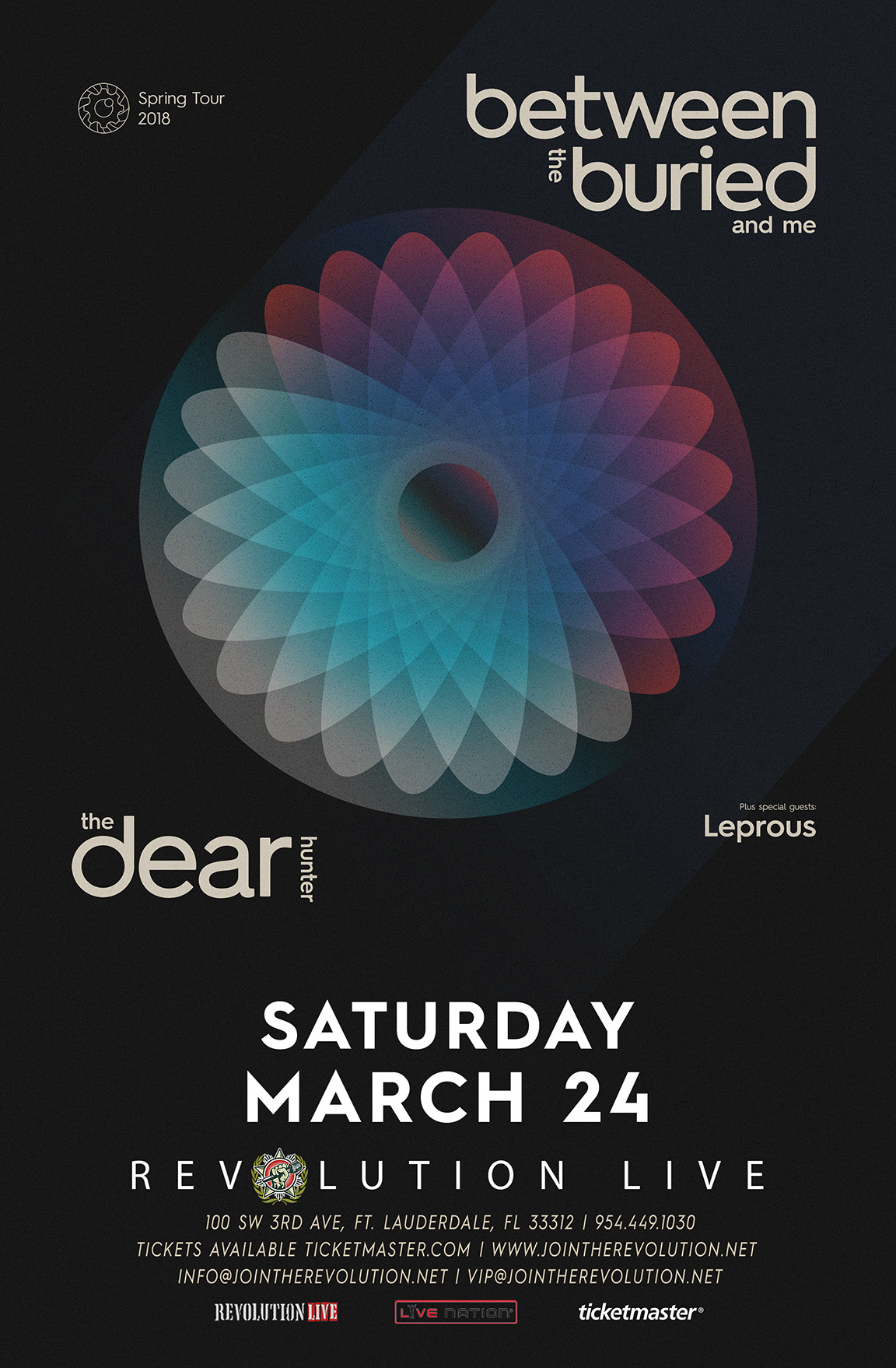 Between the Buried and Me is a thinking man’s hardcore unit hailing from Raleigh, North Carolina. The band began in 2000 after the dissolution of vocalist Tommy Rogers and guitarist Paul Waggoner‘s previous group, Prayer for Cleansing. Rogers and Waggoner completed their new lineup with the addition of guitarist Nick Fletcher, bassist Jason King(ex-Azazel), and drummer Mark Castillo, formerly of Bury Your Dead. An eponymous debut soon appeared, issued through the German indie Lifeforce, and the band supported its release with an avid tour schedule. Between the Buried and Me signed with Chicago hardcore powerhouse Victory in the summer of 2002 and began work on their debut for the label. The Silent Circusappeared in late October of the following year and showcased a more focused fusion of the group’s math rock, heavy metal, and post-hardcore influences. Several lineup changes ensued that saw Rogers and Waggonerrounded out by guitarist Dusty Waring, bassist Dan Briggs, and drummer Blake Richardson. Joining forces with producer Jamie King, who had recorded their self-titled effort, Between the Buried and Mereleased Alaska in September 2005. Various tour dates with the Dillinger Escape Plan, Every Time I Die, Bleeding Through, and Haste the Day followed. The band next paid tribute to many of their influences — from Pantera to Queen to Pink Floyd — on the covers album The Anatomy Of, which surfaced in June 2006, before hitting the road on a subsequent headlining tour. That fall, Victory reissued The Silent Circus with an additional bonus DVD of material. In 2007, they went into the studio with producer Jamie King and recorded Colors, which was released that September through Victory Records and described as “new wave polka grunge” by the band. The Great Misdirect, the band’s fifth studio album, appeared two years later. Victory put out a Between the Buried and Me greatest-hits album in 2011, just weeks before the band released their first EP on Metal Blade, The Parallax: Hypersleep Dialogues, the first entry in a two-part concept album. The second part, The Parallax II: Future Sequence, followed in 2012. In 2013, they embarked on The Future Sequence Tour, where they played The Parallax II in full. BTBAM re-entered the studio in late 2014 to begin work on a new concept recording — Metal Blade referred to it as a “rock opera.” Coma Ecliptic was produced by Jamie King and mixed by Jens Bogren. The set’s pre-release single, “Memory Palace,” appeared in April of 2015; the album followed in July. In 2017 the band released the concert LP Coma Ecliptic Live, which featured the band playing the album live in its entirety at The Observatory North Park in San Diego, California.