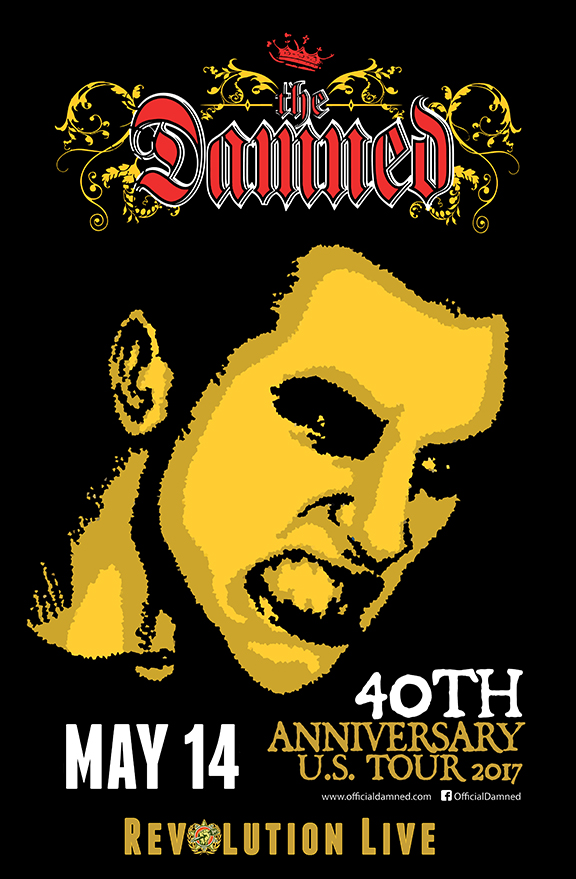 The Damned blazed a trail when they became the very first British punk band to release a single, the mighty “New Rose,” on October 22nd 1976, which was swiftly followed by the release of the very first British punk album, their classic debut long-player ‘Damned Damned Damned,’ originally released by a nascent Stiff Records on February 18th 1977. Now, to celebrate the 40th anniversary of the band’s dramatic breakthrough, BMG will release a very special Art Of The Album deluxe edition of that incredible debut album on February 17th, almost exactly 40 years to the day since its original issue.

Formed in 1976, The Damned really need no introduction… As well as releasing the first ever British punk single and album, they also broke further new ground as the first UK punk act to tour America. The Damned still receive their dues in the US, where they are often cited as a major influence on many future rock acts, including bastions of the nascent US hardcore scene such as Black Flag and Bad Brains plus heavy metal heavyweights such as Green Day, The Offspring and Guns ’N’ Roses (the LA rockers acknowledged the debt when they covered “New Rose” on their 1993 album ‘The Spaghetti Incident’).

In the recording studio (Pathway Studios) alongside producer Nick Lowe in late 1976, the band – David Vanian (vocals), Captain Sensible (bass), Brian James (guitar) and Rat Scabies (drums) – produced an alchemic, heady new British rock sound; a menacing mix of tough New York punk rock (chief songwriter Brian James was an early-adopter with a passion for The Ramones that quickly fed through to his bandmates) and Detroit sleaze – the album ends with a cover of The Stooges’ “1970,” here renamed “I Feel Alright”. These predominantly American influences were mixed with a subtle flourish of late-60s British psychedelia and a dash of gothic Hammer Horror for good measure (perhaps inspired by frontman David Vanian’s pre-punk career as a grave-digger?), already pointing to acclaimed future directions for the band. The album was neatly spearheaded by a brace of classic punk singles in the aforementioned “New Rose” and the blistering follow-up “Neat Neat Neat”. As the album’s sleeve famously (and correctly) states, this is music; “Made to be played loud at low volume”!

Now, almost exactly four decades to the day later and with the band still selling-out venues right across the world, The Damned’s hugely influential classic debut is celebrated here in BMG’s new ‘Art of The Album’ series, featuring fully remastered audio and new sleevenotes within both the CD & LP formats recalling the story of the band’s conception and the album’s creation. Comprehensively researched and written by legendary punk writer John Ingham, these new sleevenotes cover in-depth the story of the album & the period in which it was written & recorded, the key players in its creation, the craft and instrumentation, the impact upon release and its legacy 40 years later. Via exclusive interviews with original band members Dave Vanian, Captain Sensible, Brian James and Rat Scabies, John Ingham (best known for writing the first ever review of The Damned and the first ever interview with The Sex Pistols – both in UK music weekly ‘Sounds’ in 1976) is perfectly placed to recount the early hedonistic days of the band in this definitive release of one of the most influential albums of all time.

In the age of immediacy, accessibility, streaming and a la carte downloads, the concept of an album or long player has become somewhat lost. ‘The Art of The Album is a new series looking to refocus the attention on the album as a format. With a collection of seminal and classic LPs, the Art of The Album series will celebrate albums that broke new ground in concept, production, song writing and genre, leaving a lasting legacy as a complete album work of art.

Talking today of the album’s recording, Captain Sensible reflects, “’Damned Damned Damned’ was almost ‘un-produced’ by our Stiff stablemate Nick Lowe, who managed to capture the energy of our live set spectacularly. Nick was known as ‘Basher’ as there was no messing about. It’s fairly manic, but also tuneful and, listened to now, still sounds pretty fresh to my ears…. The guitars don’t sound nice – they’re a raw, fuzzed-out thrash – that’s punk rock. Pathway was a rough and ready studio round the back of an Islington garage. It was so dark and dingy in there – you had to be careful or you’d knock your beer over. The sessions took two days, after which the tape was recycled for an Elvis Costello album so there’s no chance of a remix… Not that you’d want one – it’s perfect!”

The Damned (David Vanian, Captain Sensible, Monty Oxymoron, Andrew ‘Pinch’ Pinching, and Stu West) embark on an extensive world tour this spring, including a two month North American run, returning to play a series of UK festivals in the summer. They also headed into the studio this winter to start work on a brand new album, their first since 2008’s ‘So, Who’s Paranoid?’ A pre-order link for the CD, colored vinyl, as well as exclusive merch (and experiences) is available at PledgeMusic. Stay tuned for more info.

“…a rage of rude bamalama and embedded pop-song smarts that, with time and sense, now sounds as consistent and fundamental as the Clash and Sex Pistols hymnals.” Rolling Stone

“The Damned are a band of infinite depth and a wide variety of pleasures. Their catalog includes high-quality blurs of melodic punk, Beach Boys-ish flowery psych-pop, chiming, bittersweet post-punk, Moody Blues-ish bombastmopherics, spiraling goth and soaring faux soul, all brilliantly executed…With their predilection for both massive power and chaos and highly developed and subtle songwriting, they continue to be an effective and dramatic touring act, to this day.” New York Observer

“The show was anything but a by the numbers nostalgia fest. Saturday night in New York The Damned delivered a performance that would leave many bands half their age in jealous awe.” Concert Addicts

“The Damned are 40 this year and still punk as fuck. Or goth as fuck. Or something in between that was never quiet the Ramones or Bauhaus, but Dave Vanian dressed like a vampire and Captain Sensible wore gonzo plaid. Something for every counterculture.” Diabolique Magazine

“For a band in their 40th year, The Damned surprisingly still have more energy than many groups half their age. Founding members singer Dave Vanian and guitarist Captain Sensible are all over the stage, moving almost constantly as they work their way through one song after another.” Chunky Glasses

“…across two sets, the band — which still features vampiric vocalist Dave Vanian and guitarist Captain Sensible — worked their way backwards, more or less, through their entire catalogue, delivering most of their best-loved songs along the way. Vanian’s voice is still in top form, and Captain Sensible provided the riffs and comic relief. Fantastic show.” Brooklyn Vegan 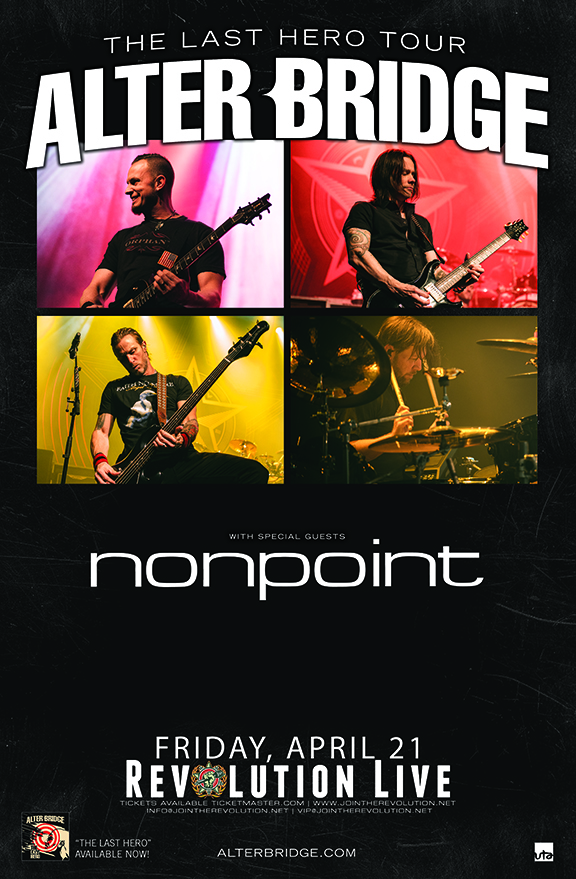 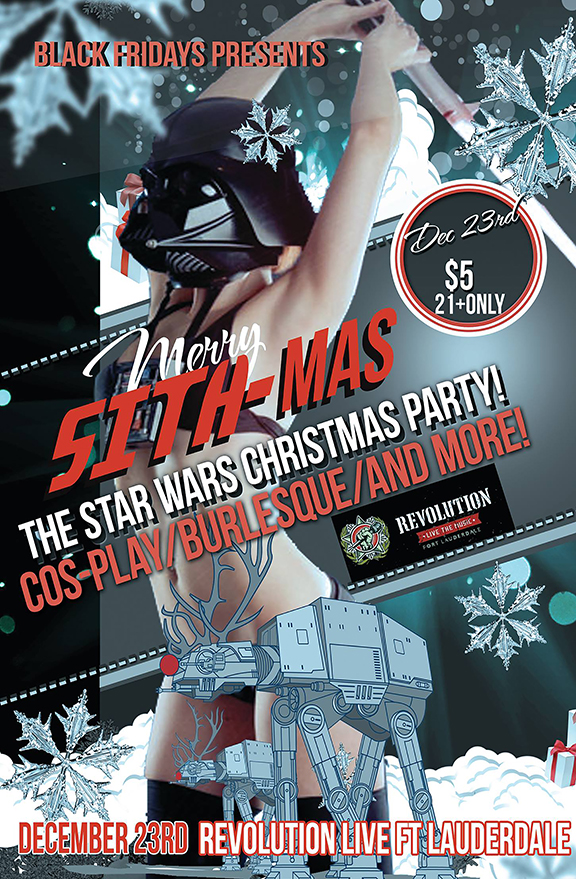 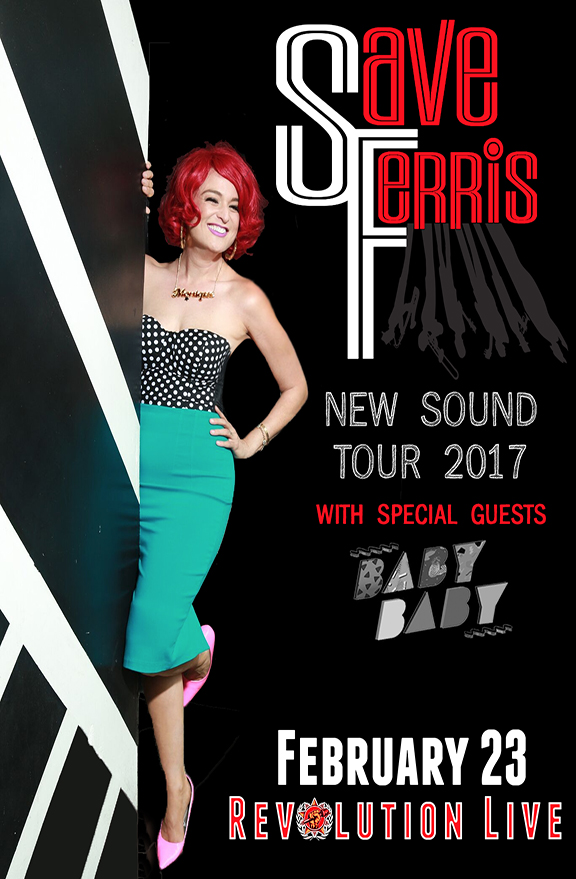 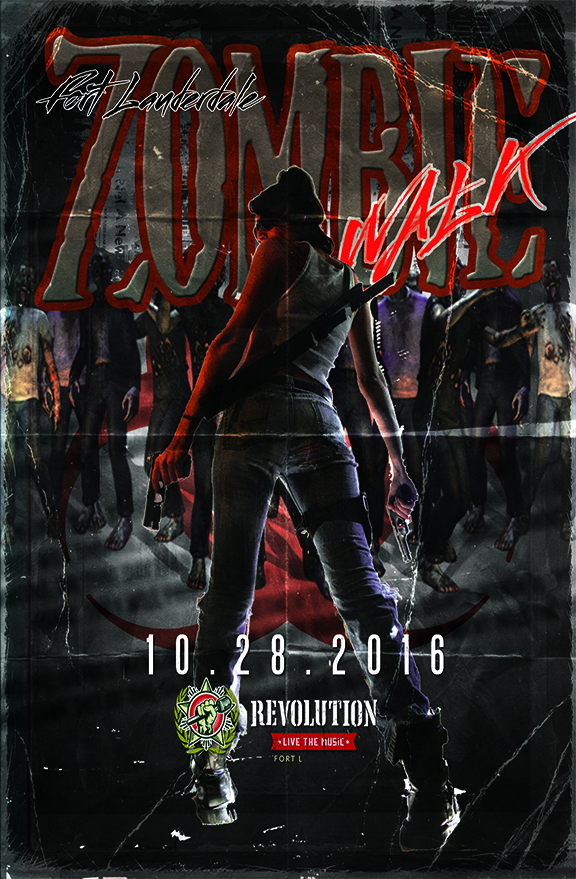 The original orginzers and entertainers Club Black Fridays will keep you entertained all night, with costume contests, zombie games, competitions and more.

DJ’s Lorenzo DjKaos Fernandez and DJ LinderSMASH will keep you moving all night. 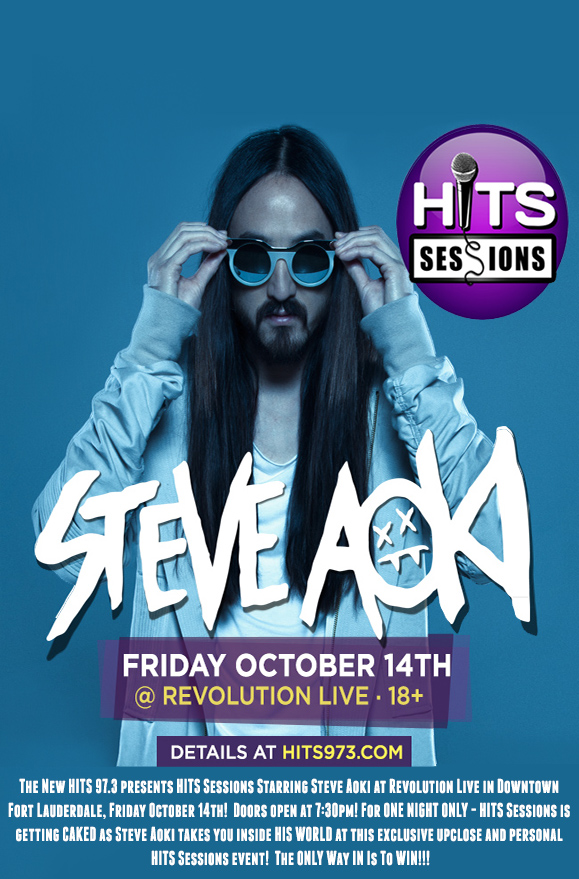 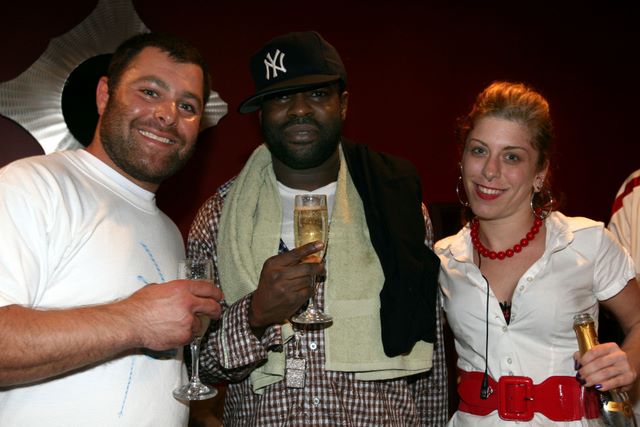 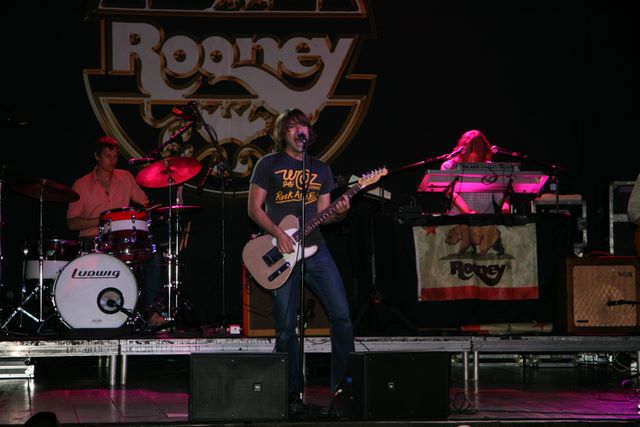 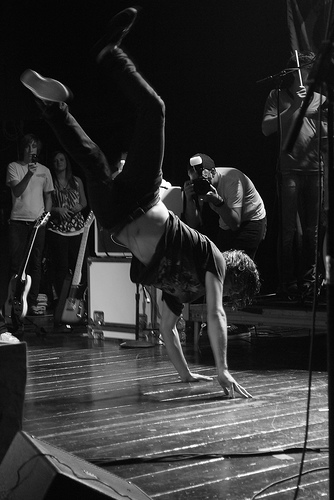 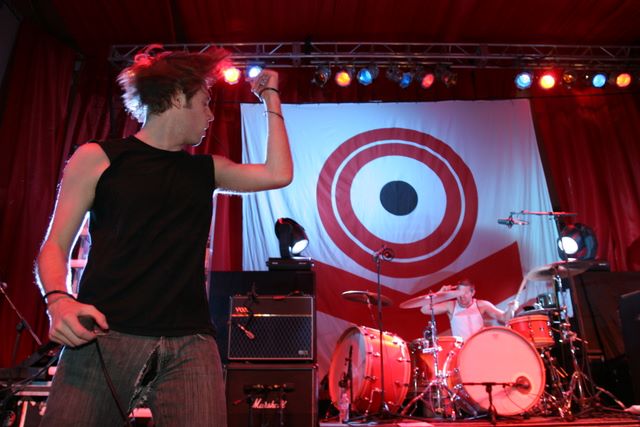 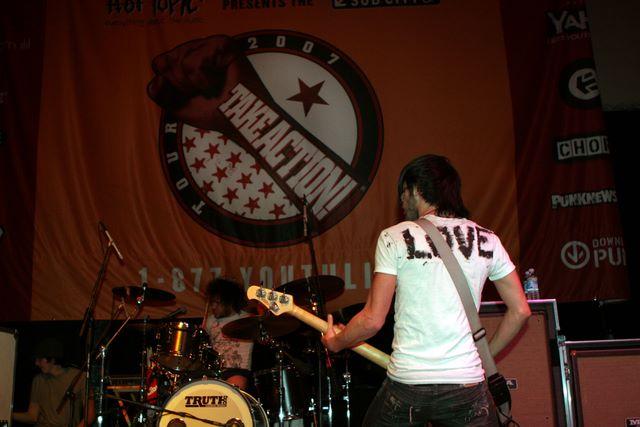 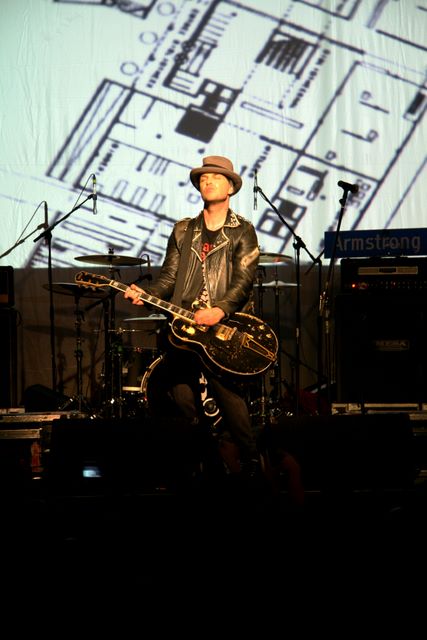