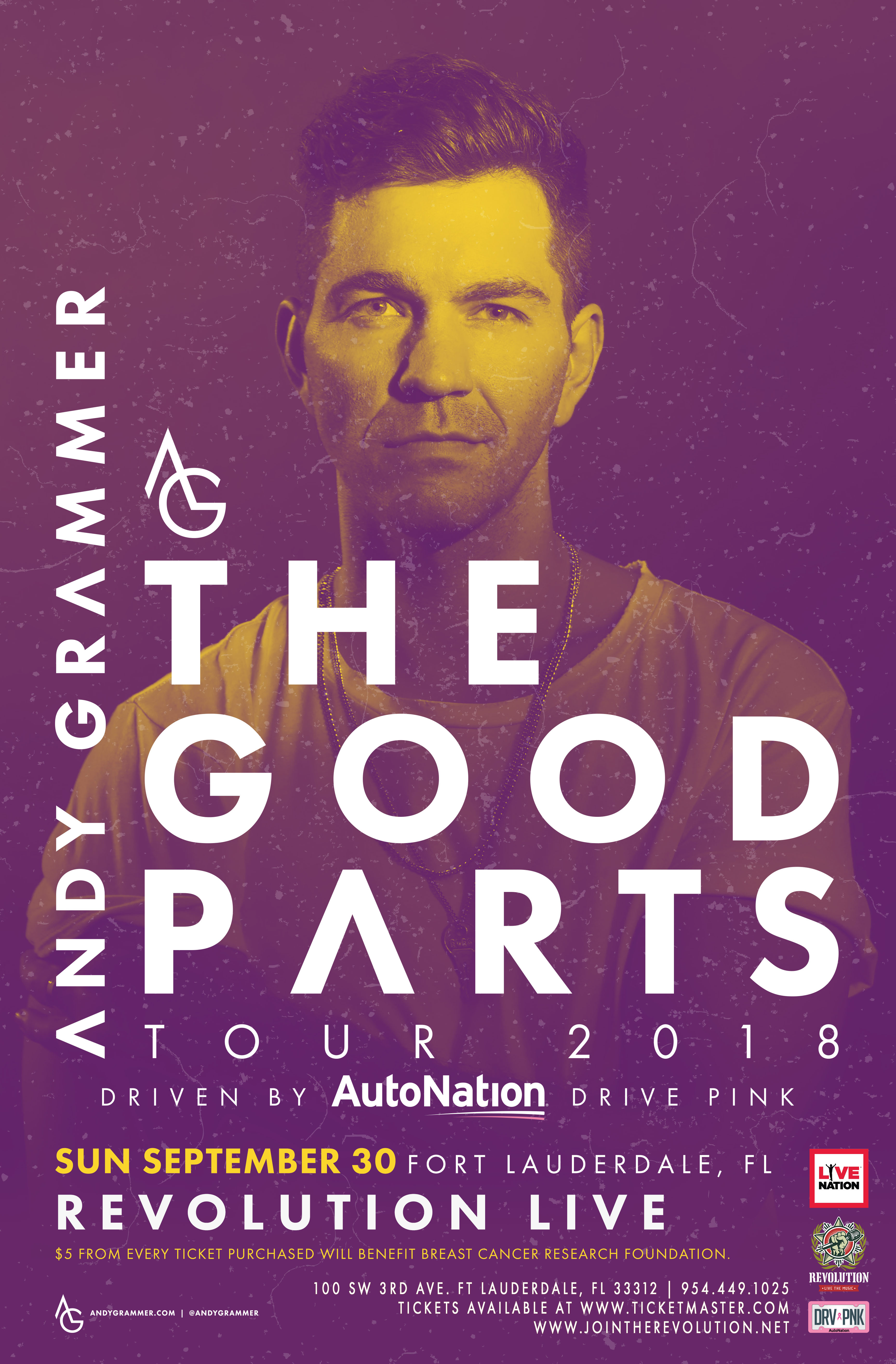 Multi-platinum selling pop artist Andy Grammer is all about inspiring and empowering the world by communicating his truths through his music. The first male pop star in a decade since John Mayer to reach the Top 10 at Adult Pop Radio on his first two singles, Grammer has taken the music world by storm with a succession of anthemic pop hits, 6 of which are certified gold or better. His debut album featured the platinum singles “Keep Your Head Up” and “Fine By Me.” Andy’s second album, Magazines or Novels, featured the triple platinum infectious smash hit “Honey, I’m Good,” which was one of the best-selling songs of 2015, and the certified gold anthem “Good To Be Alive (Hallelujah).” Andy’s third full length album, The Good Parts, was released December 1, 2017. The record includes his global smash hit single “Fresh Eyes,” which has become a streaming phenomenon with over 300 million total streams, the catchy summer jam featuring LunchMoney Lewis, “Give Love,” as well as his NEW hit single “Smoke Clears.”