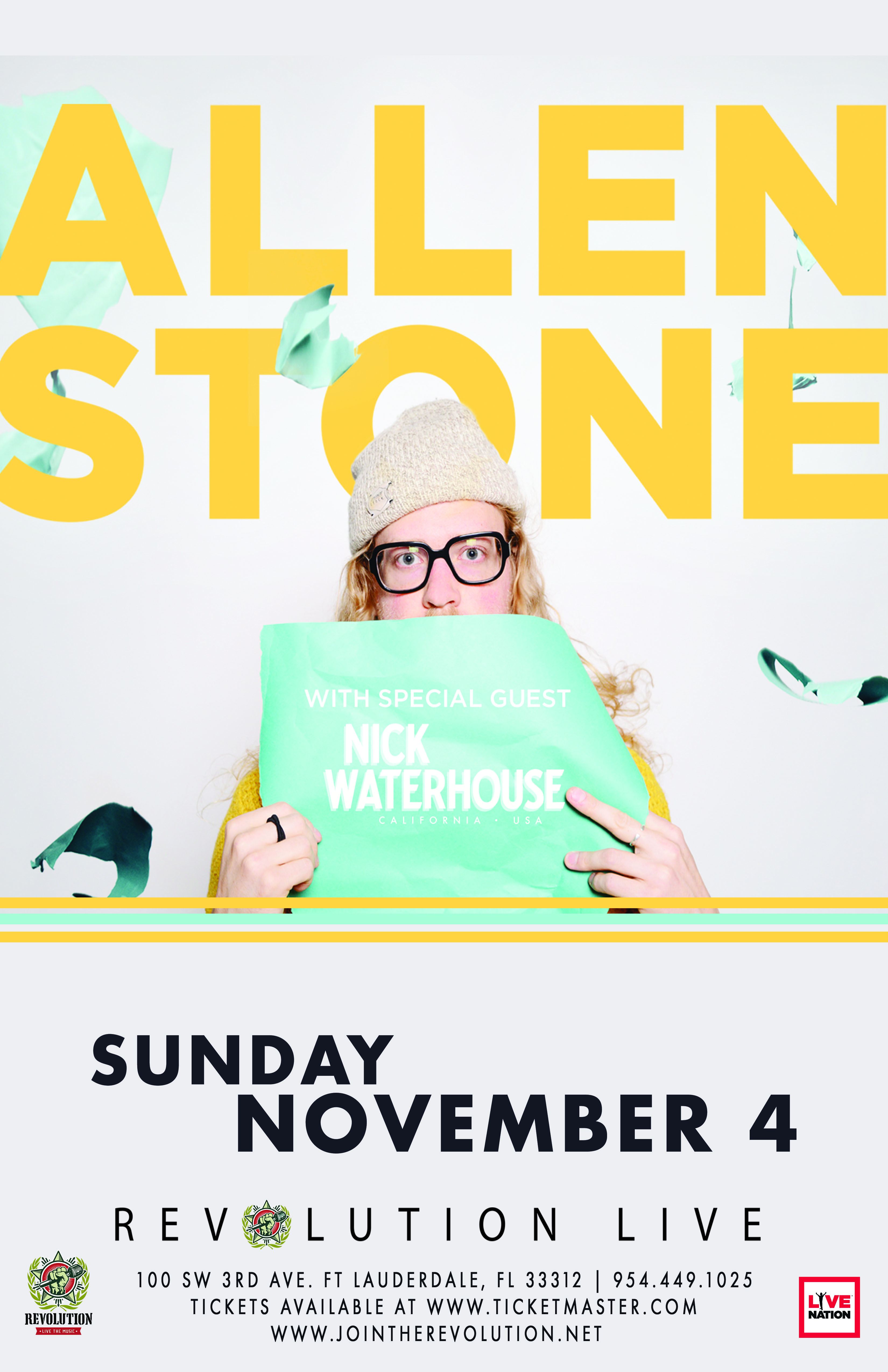 Singer and songwriter Allen Stone describes himself as “a hippie with soul,” and his music reflects both sides of this formula. His vocals and melodic style show the clear influence of classic soul and R&B of the 1960s and ’70s, while his lyrics reveal an idealism and passion that recall the folk-inspired singer/songwriters of the same era. He grew up on gospel and Christian music, and began leading youth worship groups when he was only 14. He had little exposure to secular music as a child, but in his teens, he developed a taste for classic soul, and started collecting vintage R&B sides, as well as golden age singer/songwriters. After graduating from high school, 18-year-old Stone left Chewelah to attend junior college in Spokane; a year later, he transferred to Bible college, but after a single semester he dropped out and relocated to Seattle. He began writing songs, and soon put together a band with a handful of local musicians. Stone and his group became a regular presence on the West Coast club scene, and developed a reputation for powerful live shows as they played up to 200 dates a year. In 2010, Stone recorded an album called Last to Speak that he released digitally through his own Stickystones label.

A second album, simply titled Allen Stone, followed in the fall of 2011, and quickly became an independent success story. Online sales took the album to the top of the online charts, and it placed on Billboard’s Heatseekers chart, all without a formal distribution deal. As Stone and his band played more and bigger shows, they were invited to appear on Conan, Jimmy Kimmel Live, and Last Call with Carson Daly. Features on Stone were also published in Esquire and Billboard. ATO Records signed Stone in 2012, and reissued his eponymous album in the summer of that year. He then signed to Capitol and worked extensively with fellow singer and songwriter Tingsek. The result, Radius, featuring the single “Perfect World,” was released in May 2015. The album peaked at number 80 on the Billboard 200 Chart. A year later, Stone delivered a deluxe version of the album featuring seven additional tracks. In 2018, he released the single “Brown Eyed Lover”.