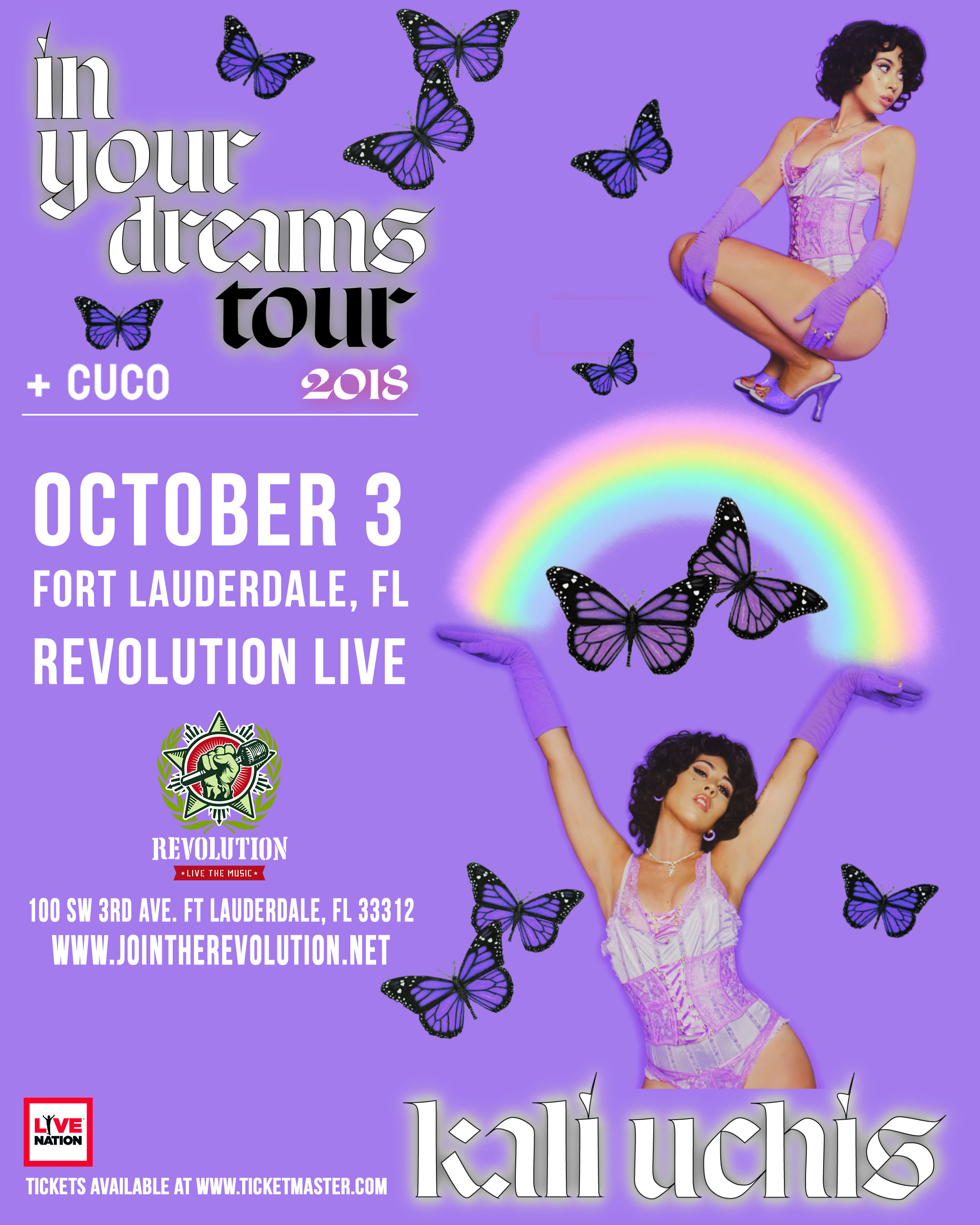 Inspired by a range of styles and artists, Kali Uchis (Karly Loaiza) is a left-field pop singer, songwriter, and producer who also designs her own artwork and co-directs her music videos. Born in Colombia, she and her family moved to the U.S. during her childhood. As a teenager growing up in Alexandria, Virginia, just south of Washington, D.C., she learned to play piano and saxophone and got into recording. In 2012, she debuted with the 40-minute mixtape Drunken Babble. Within three years, she had several singles to her credit, including “Know What I Want” and “Lottery,” as well as collaborations with GoldLink (“Divine”) and Major Lazer (“Wave”), among others. Following the independent release of Por Vida — a free digital-download EP with tracks produced by Diplo, Kaytranada, and Tyler, the Creator — Uchis started releasing her material through Virgin EMI. A DJ Dahi-tweaked version of Por Vida’s “Ridin Round,” issued in November 2015 after she relocated to Los Angeles, was the artist’s first single for the major label. “Only Girl,” a relaxed Kaytranada production featuring Vince Staples and the Internet’s Steve Lacy, followed in April 2016. January 2018 saw the release of the single “After the Storm” (feat. Tyler, the Creator & Bootsy Collins), in anticipation of the arrival her debut album, ISOLATION, available now.