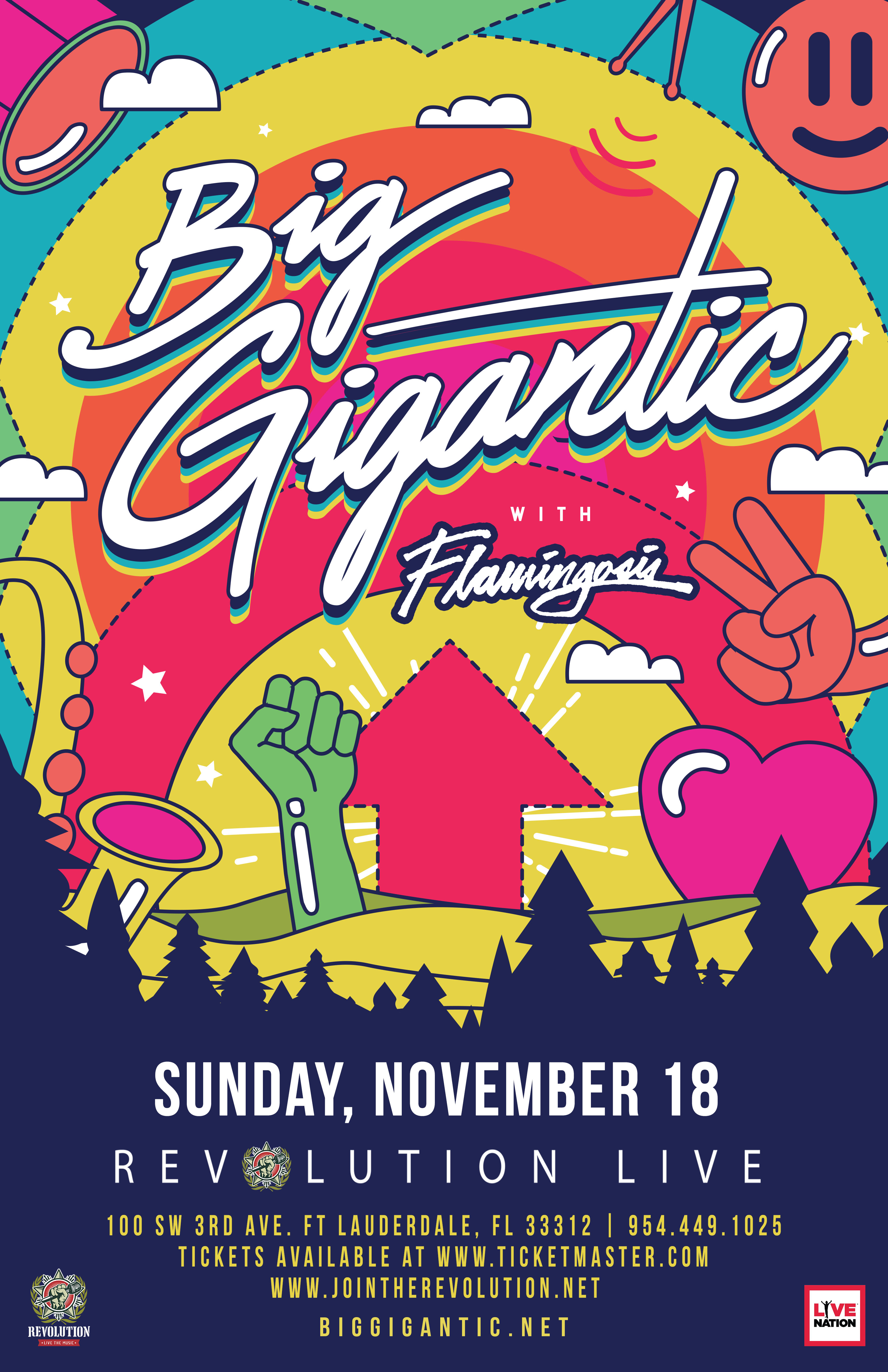 Big Gigantic established itself as a pioneer of live electronic music with the band’s inception in 2008. The Colorado-based saxophonist/producer, Dominic Lalli and drummer, Jeremy Salken, are veterans of blending electronic dance music with their live instruments to create Big G’s truly unique sound; a sound that is as thoughtful as it is danceable. From 2009 through 2014, the duo released four albums — Fire It Up, A Place Behind the Moon, Nocturnal, and The Night Is Young — on their own. The single “Get on Up” followed in 2015. One year later, their 2016 release Brighter Future placed high on the electronic charts, thanks to the Lalli’s production skills as well as a lengthy roster of guests (Waka Flocka Flame, Logic, Griz, Pell, Hartswick, Cherub). 2017 saw a Remix Album of every track on Brighter Future that has fueled the duo’s live performances from Coachella and Electric Forest to their yearly headlining festival Rowdytown, at Colorado’s famed Red Rocks Amphitheatre.