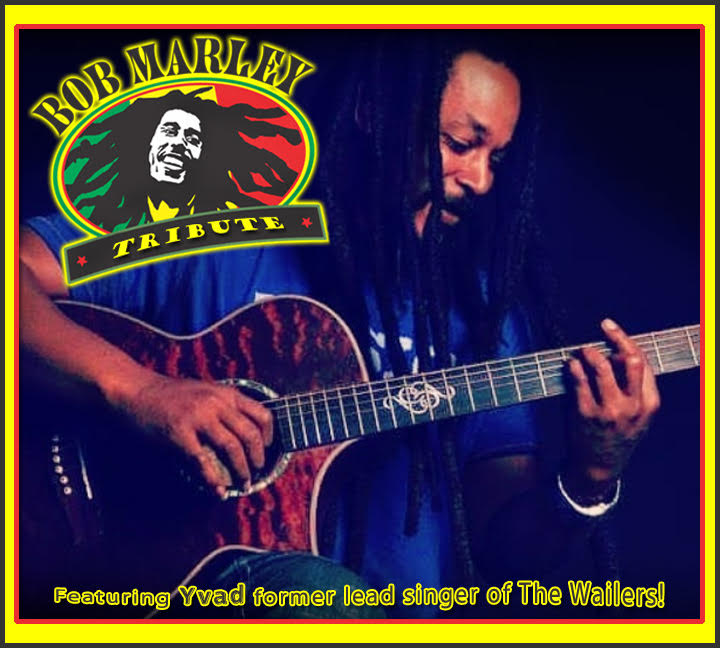 This band performs over 90-120 minutes of the hits and songs of this legendary Reggae artist, plus Vlad’s original reggae music.

There are so many hits like No Woman No Cry, Three Little Birds, Buffalo Soldier, Redemption Song and many more!

Yvad has had three major hit songs so far on the Jamaica Music Awards and was featured on the cover of Billboard magazine. His song ‘We need love’ won best produced single in the reggae top nominated songs in Jamaica, and gathered international attention. He has also worked with Ziggy Marley and family and was signed to the family Label “Tuff Gong Int” records .