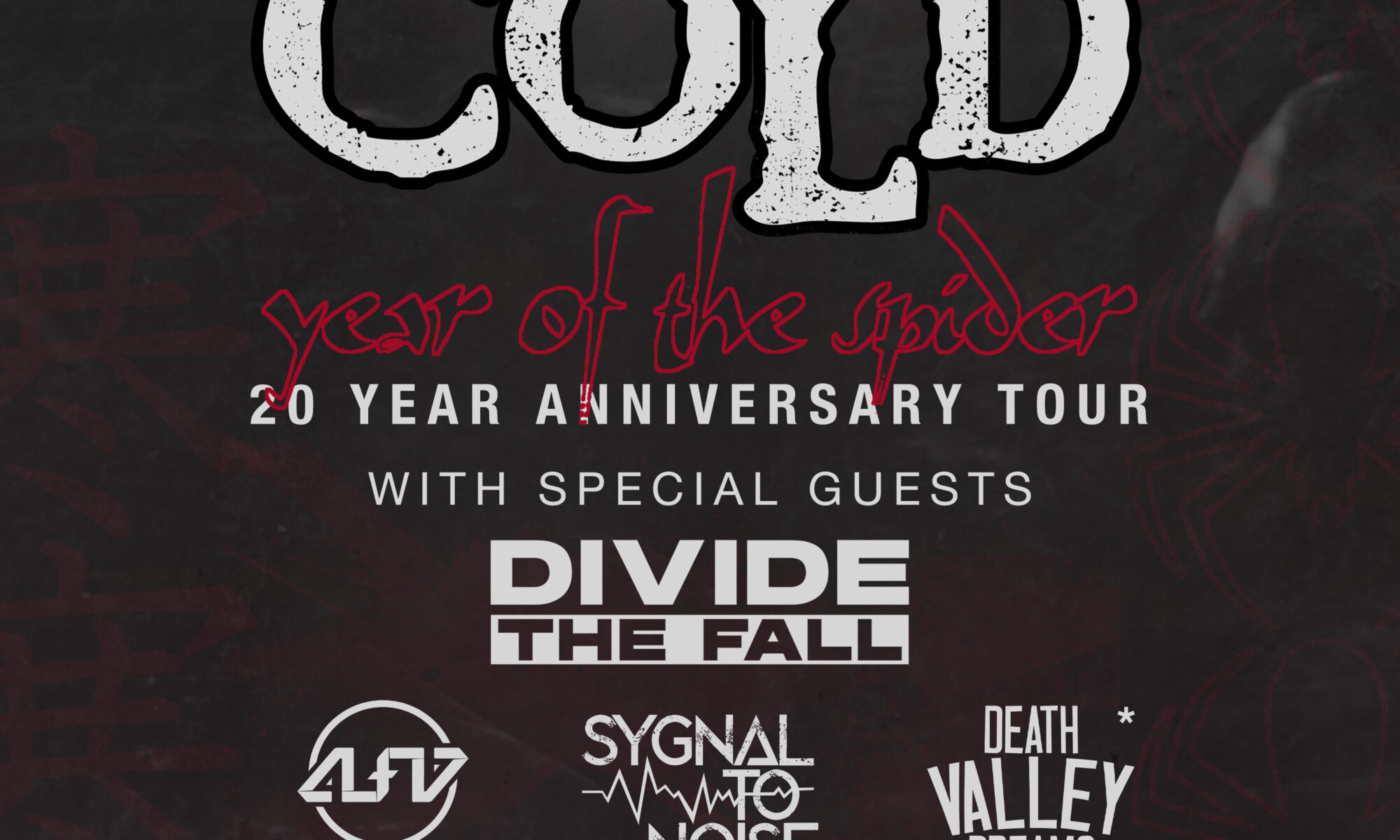 With Divide the Fall, Awake for Days, Sygnal to Noise and Death Valley Dreams 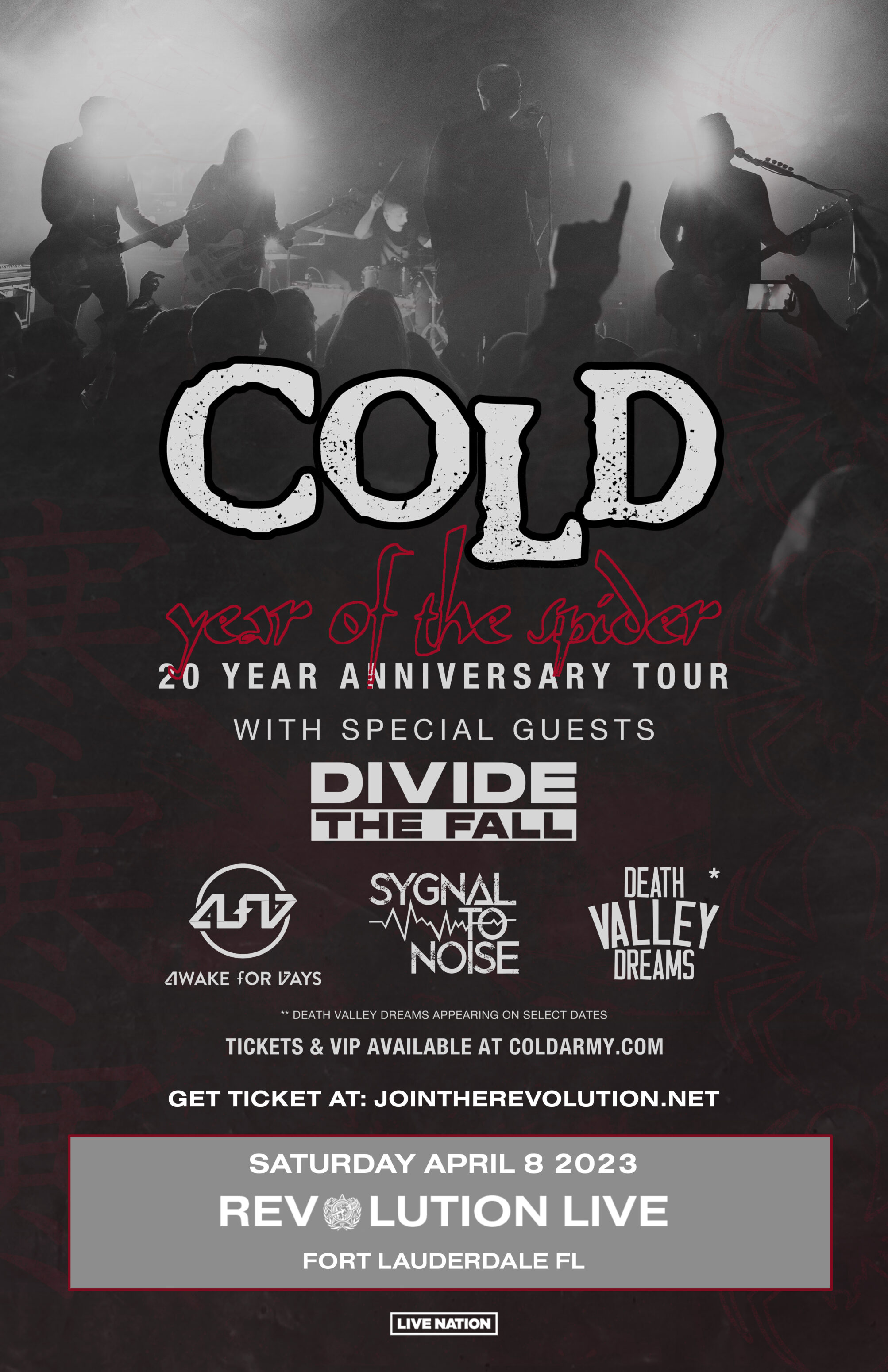 True life transpires, and music results. Cold always documented memories and moments in song, etching them forever in diaristic lyrics, cinematic production, and airy guitars. Since their 1997 self-titled debut, the group fronted by singer, songwriter, and multi-instrumentalist SW consistently converted pain into poetry consumed by a legion of diehard fans affectionately dubbed, “Cold Army.” At the turn of the century, the band unveiled the seminal 13 Ways To Bleed On Stage, which went gold and yielded hits such as “Just Got Wicked,” “No One,” and “End of the World.” The 2003 follow-up, Year of the Spider, marked their highest chart position, bowing at #3 on the Billboard Top 200, receiving a gold certification, and spawning the smash “Stupid Girl” accompanied by Rivers Cuomo of Weezer. 2005’s A Different Kind of Pain illuminated melodic strides to the tune of 37,000-plus copies sold first-week and a Top 30 debut. Meanwhile, 2011’s Superfiction continued this streak, crashing the Top 10 of the Top Rock Albums Chart upon arrival and extending a growing legacy. COLD is : Scooter Ward – Vocals/Keys/Guitar Nick Coyle – Guitar/Keys/Backing Vocals Lindsay Manfredi – Bass Guitar Johnny Nova – Guitar Tony Kruszka – Drums