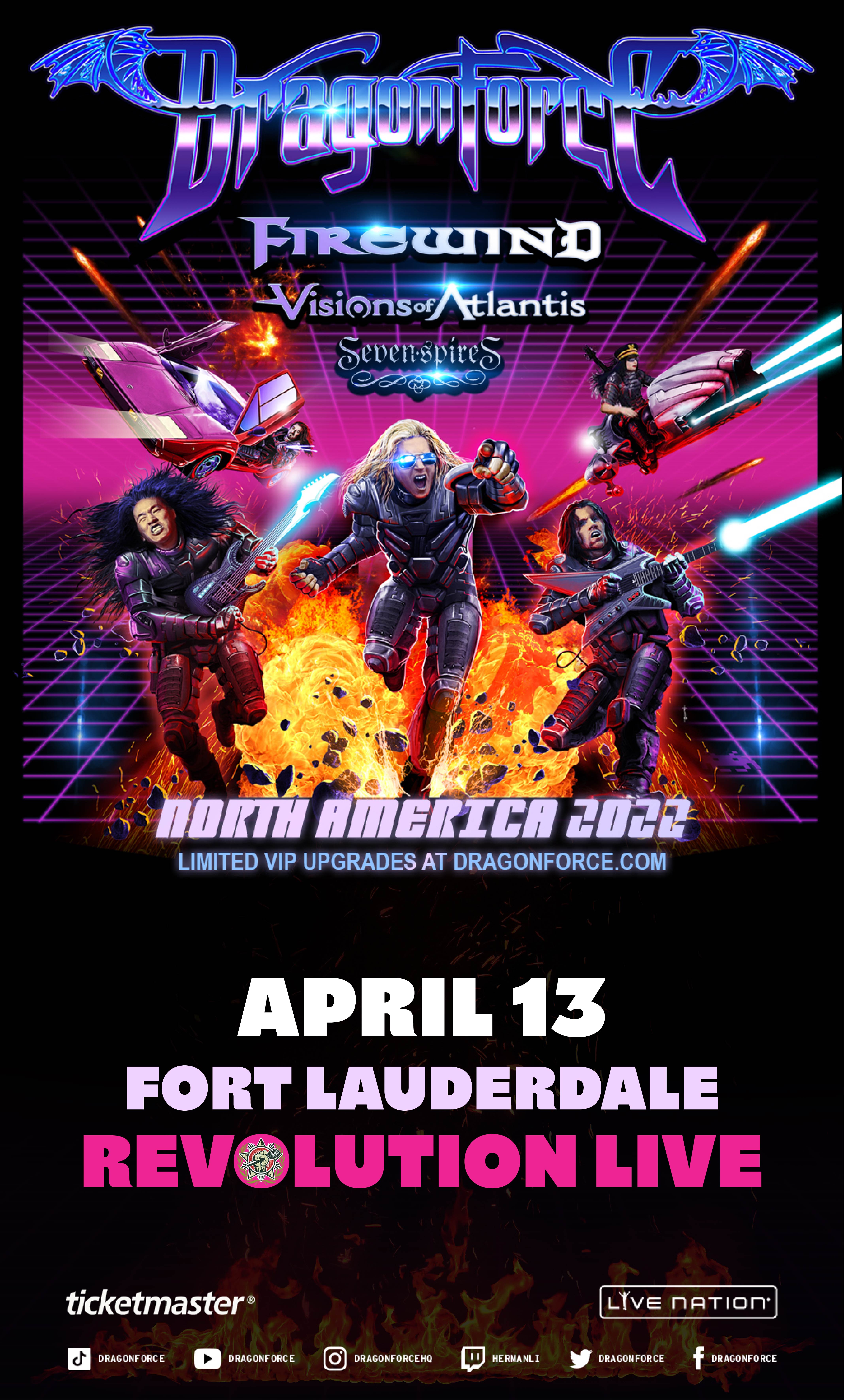 British power metal sextet DragonForce root their sound in the lightning-fast twin-guitar assault of Herman Li and Sam Totman, whose solos are often epic in length. Their sound weds power and progressive metal to retro-video game electronic soundscapes, in songs that often evoke swords-and-sorcery imagery (usually with deliberate humor) matched to a live show with intense energy and movement. Since the release of 2003’s Valley of the Damned, their fan base has grown exponentially in the United Kingdom, America, Asia, and South America. With the release of 2006’s Inhuman Rampage, they began a sales and digital-chart run that has included each successive album. The group’s hook-laden 2017 album Reaching into Infinity placed inside the Top Ten on various metal streaming charts across the globe and cracked through the radio airplay barrier in the United States.  They are making their long awaited return to Revolution Live! Don’t miss it!