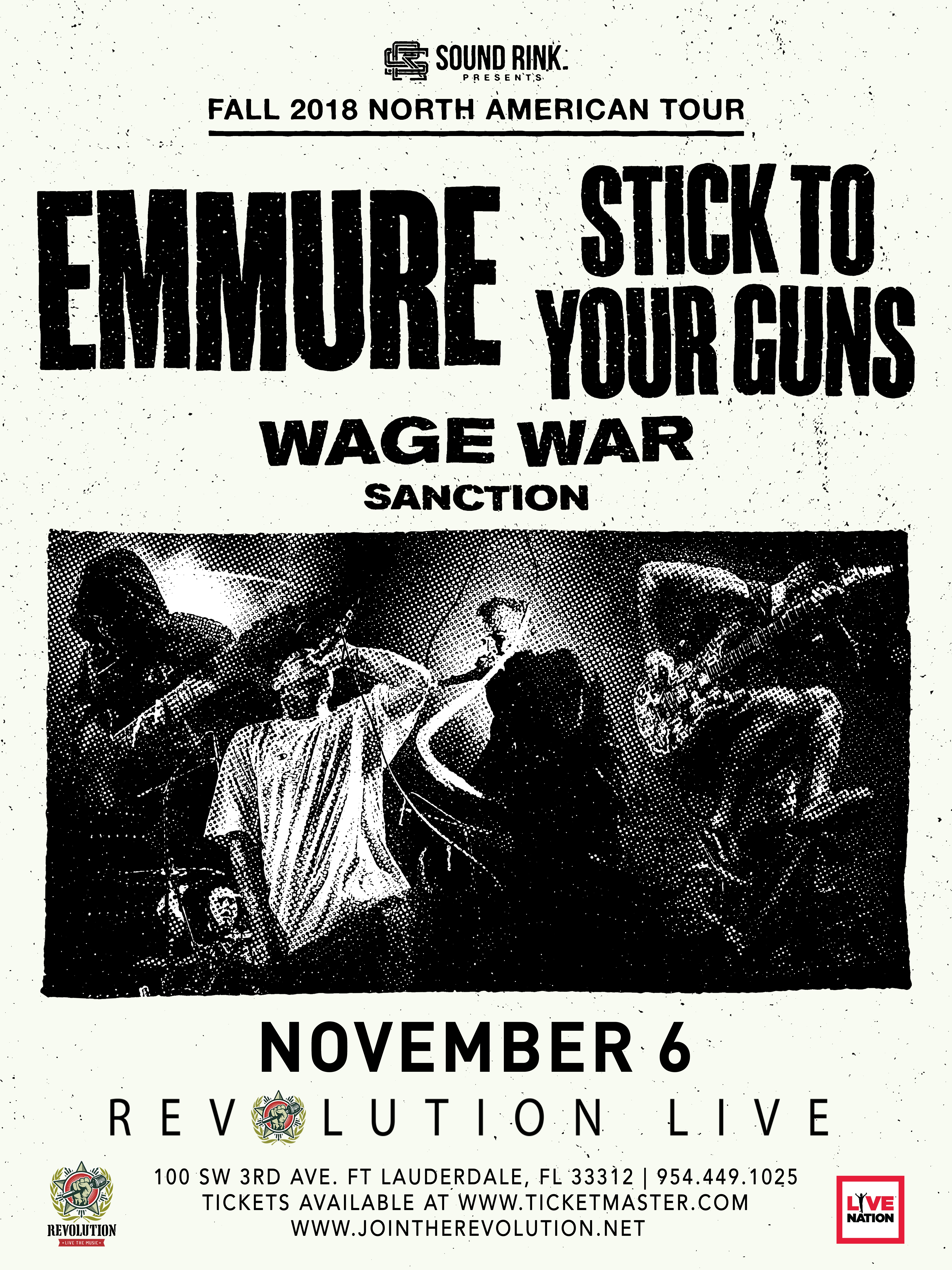 Emmure & Stick To Your Guns

American deathcore metal quintet Emmure specialize in an emotionally brutal blend of blistering hardcore and punishing thrash. They have taken no prisoners and risen to the top of the metal scene. They channeled their collective angst into their music to create a propulsive blend of unabashed aggression and intensity that the youth across the world embrace with open arms. They keep it simple and straight-forward. It is this straightforwardness that creates a connection to fans on a level that few other bands can accomplish. Emmure has gained the loyalty of the metal community and legions of rabid fans, but make no mistake – if you disrespect them, you will be left sleeping with the fishes.

Influential melodic-hardcore band Stick To Your Guns are known for their aggressive musical style and positive lyrics. The band’s lyrics address subjects ranging from self-reflection to political and social statements. Stick to Your Guns identifies with the straight edge subculture and drummer George Schmitz once described them as “a secret straight edge band” because they have focused on several other topics throughout their career rather than only this movement.