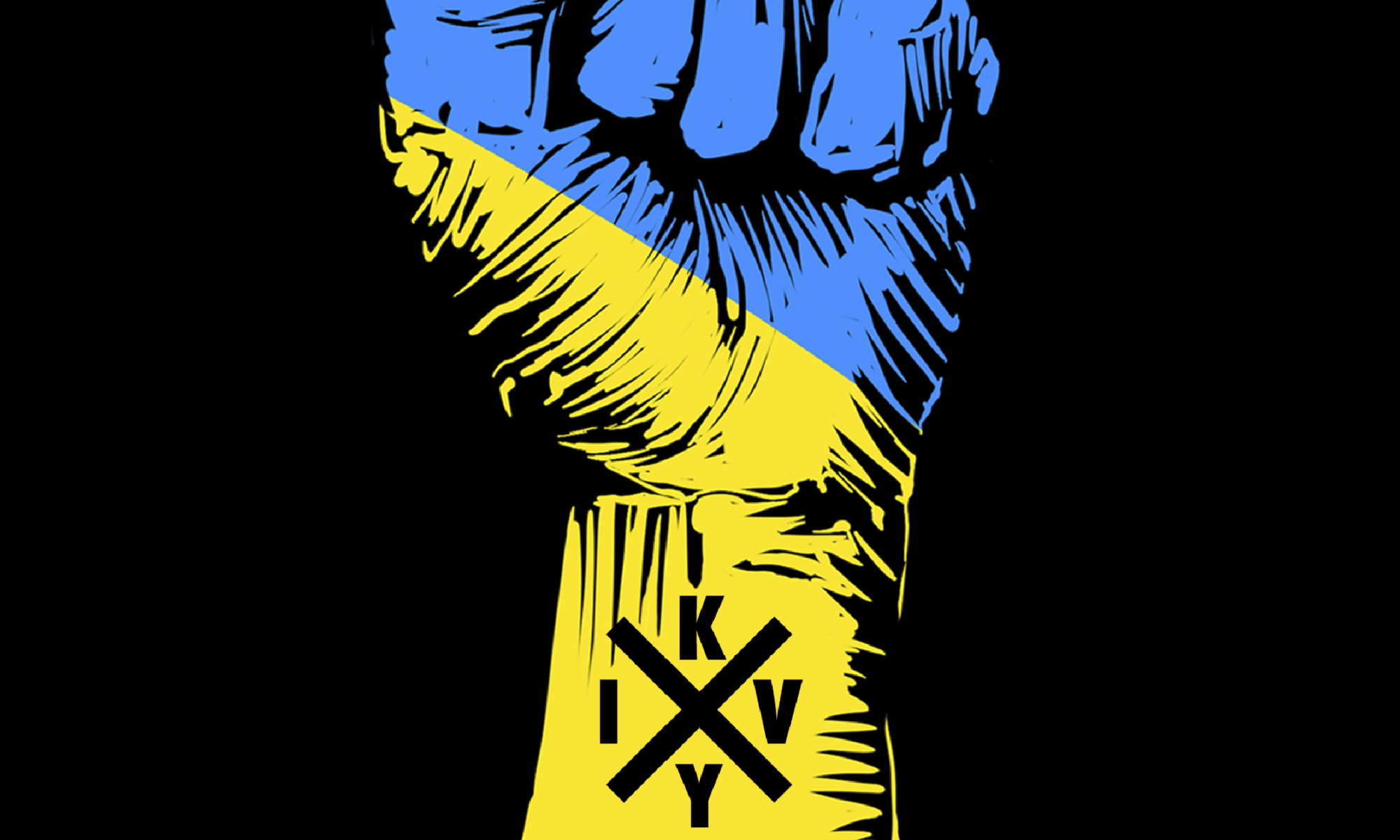 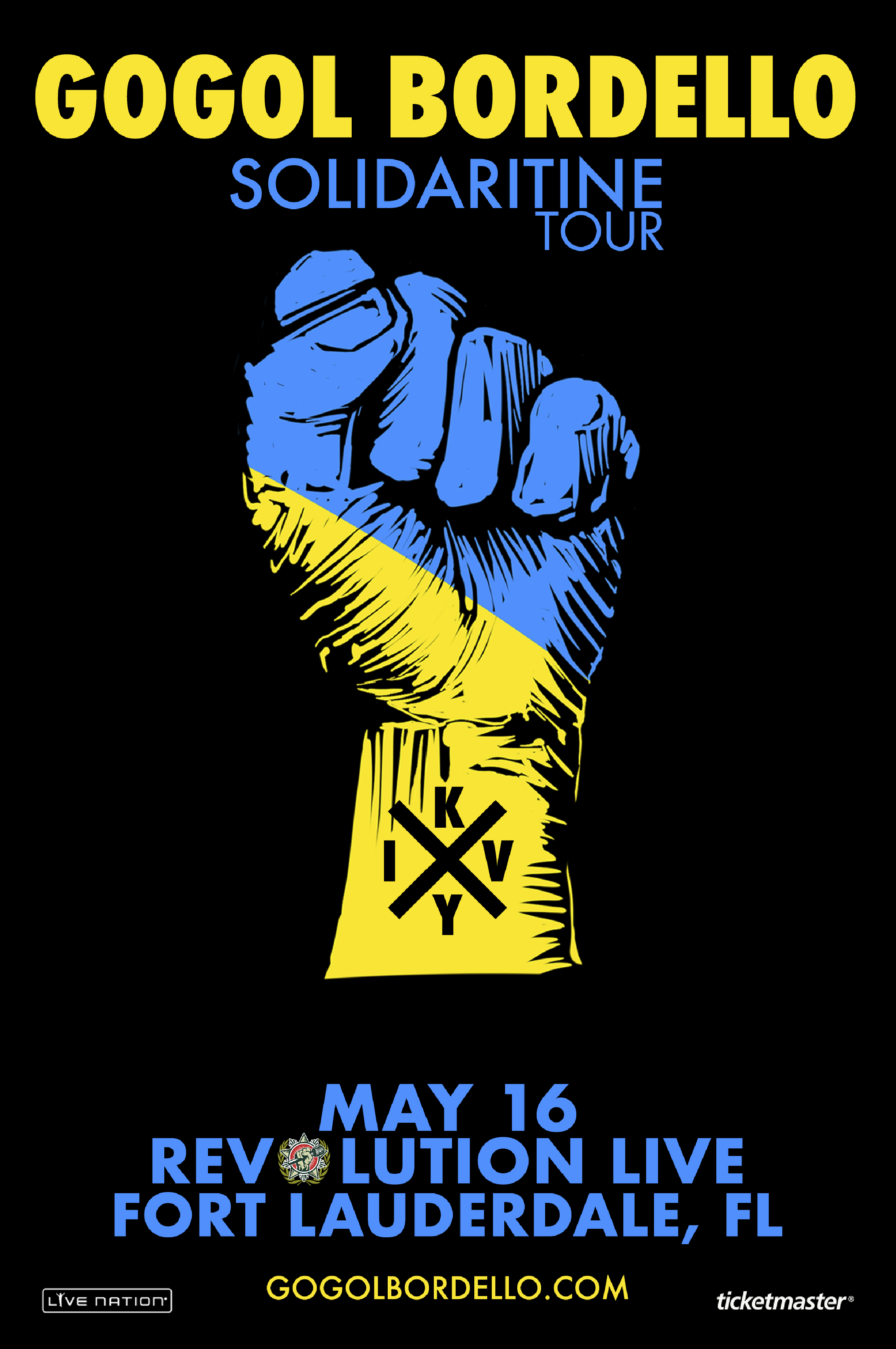 Gogol Bordello never stays in the same place for long. Bandleader Eugene Hütz started to hear the  songs of Seekers and Finders as he shuttled back and forth between three continents, and the nine-piece ensemble developed and refined them on the road. From its inception, Gogol Bordello has been a band of  immigrants, with members hailing from Ukraine, Ecuador, Russia, and Ethiopia. They tour relentlessly.  Travel is in their blood.

Yet for all the long hours and far-flung adventures that birthed it, Gogol Bordello’s seventh studio  full-length advocates loudly for living life in a specific time and place: right now – and in the real world.

“People think you explore the world with the latest phone in your hand,” says Hütz. That’s the  antithesis of living for Gogol Bordello. None of these songs sprang forth from an interesting news story or  an extended studio improvisation. “My focus is always on staying experiential. Go for first-hand  information, transmute it into wisdom, and share it with the people in a communal celebration.”

The party kicks off with an incendiary exchange of violin and accordion licks, bolstered by full throated ensemble vocals (“Did It All”), and the excitement doesn’t relent until the final fade of “Still That  Way.” There are pivotal moments of rippling marimba (“Clearvoyance”) and triumphant trumpet courtesy  of Manu Chao collaborator Roy Paci (“Walking on the Burning Coal”). The frenzied punk rocker “Saboteur  Blues” flips a middle finger in the face of French philosopher René Descartes, while “Familia Bonfireball”  draws on Hütz’s earliest experiences in the Ukraine to illustrate how forming a band provides escape from  the demoralizing grind of the industrial revolution and narrowly prescribed destinies.

Time and again, Seekers and Finders exhorts the listener to be present and participate. “Break Into  Your Higher Self” accelerates the quest for spiritual enlightenment to lightning speed. On the surface,  “Still That Way” might sound like a simple barroom sing-along, or even a lighter-waving arena anthem,  but it rails against getting mired in nostalgia. “I’m still very drawn to the idea of being with the times.”

That Seekers and Finders distills lifetimes of experience and emotion into a succinct 38-minute  album speaks volumes about Hütz’s aesthetic. “Bowie always said his main area of expertise was  processing information, and I can relate to that. My storytelling is all about assembling diverse, disparate  things and bringing them into focus.”

For all the immediacy of Gogol Bordello’s music, the process of making a new record doesn’t  always happen quickly. Following the 2013 release of Pura Vida Conspiracy, Hütz bounced back and forth  between South America and Eastern Europe. “I was basically living in Brazil, and going back to the Ukraine to do all these cultural projects.” But it was only after he resumed living in New York City that  something inside him shifted.

“I never felt content with one home base … I needed three,” the singer explains. “They really  complemented one another, and I finally felt like I’d found some very solid, tangible ground for myself in  the world.” And suddenly, new song ideas began to coalesce more clearly. “All of this material came out of  that triangle – it’s almost an encapsulation of that lifestyle – but it only came into focus after I moved  back to New York.”

Gogol Bordello formed in New York in 1999, injecting Eastern European musical influences into  underground rock to forge their distinctive “gypsy punk” sound. In keeping with the band’s roots, the title  track “Seekers and Finders” pairs Hütz with another genre-bending NYC artist who started her career at  the turn of the 21st century: Russian-born singer-songwriter – and longtime friend – Regina Spektor. “It’s  the duet of the wandering Jew and the roaming gypsy by the campfire, which we represent most  perfectly.”

But before recording in New York and Washington D.C., the band had already invested countless  hours working up the material. During their extensive tours, Gogol Bordello uses nightly soundchecks as  an opportunity to rehearse and develop new material. “Usually, I craft the songs and then the band  arrives and makes them better, composed adventurous pieces. This time, however, I welcomed the band’s  creativity from the getgo. Many late nights followed as we captured the magic amongst us. It felt like it  did when I was making my first recording ever where capturing that luminescence is the most important  thing in entire world.”

Seekers and Finders also marks another return, as Hütz resumes production duties after entrusting  them to outside producers including Rick Rubin (Transcontinental Hustle, 2010) and Andrew Scheps (Pura  Vida Conspiracy, 2013). “Our path has blessed us with those grandmasters, but I’ve always had a strong  D.I.Y. ethic and knew eventually I wanted to get behind the wheel myself! It was like being a matador  facing the beast of Gogol’s collective creativity.”

And what was Hütz’s biggest takeaway from experiencing all those different approaches to record making? A reinforced belief that you should never stray too far from your original idea. “Capture the  moment … the moment is king.”

There were many stops along the path to Gogol Bordello’s Seekers and Finders, and many more to  follow. As pleasant as it may feel to set up camp for a spell in Brazil or Ukraine or New York, ultimately  the roving storyteller must move on.

“When I was in my twenties, that just seemed like a romantic notion,” Hütz concludes. “But here I  am, still cruising around with my guitar like The Fool on a tarot card. And there’s actually great comfort in  that. There’s something rewarding and fulfilling about commitment to a destiny … even if it’s a pretty  funky one.”

Thus ‘Seekers and Finders’ comes from a very wide and magical playground, a playground where  people are still explorers who climb trees and walls across the world to seduce the hero of their heart…  The playground where you get to see all sides of Gogol Bordellos path: The Good… the Bad… and the Snugly.