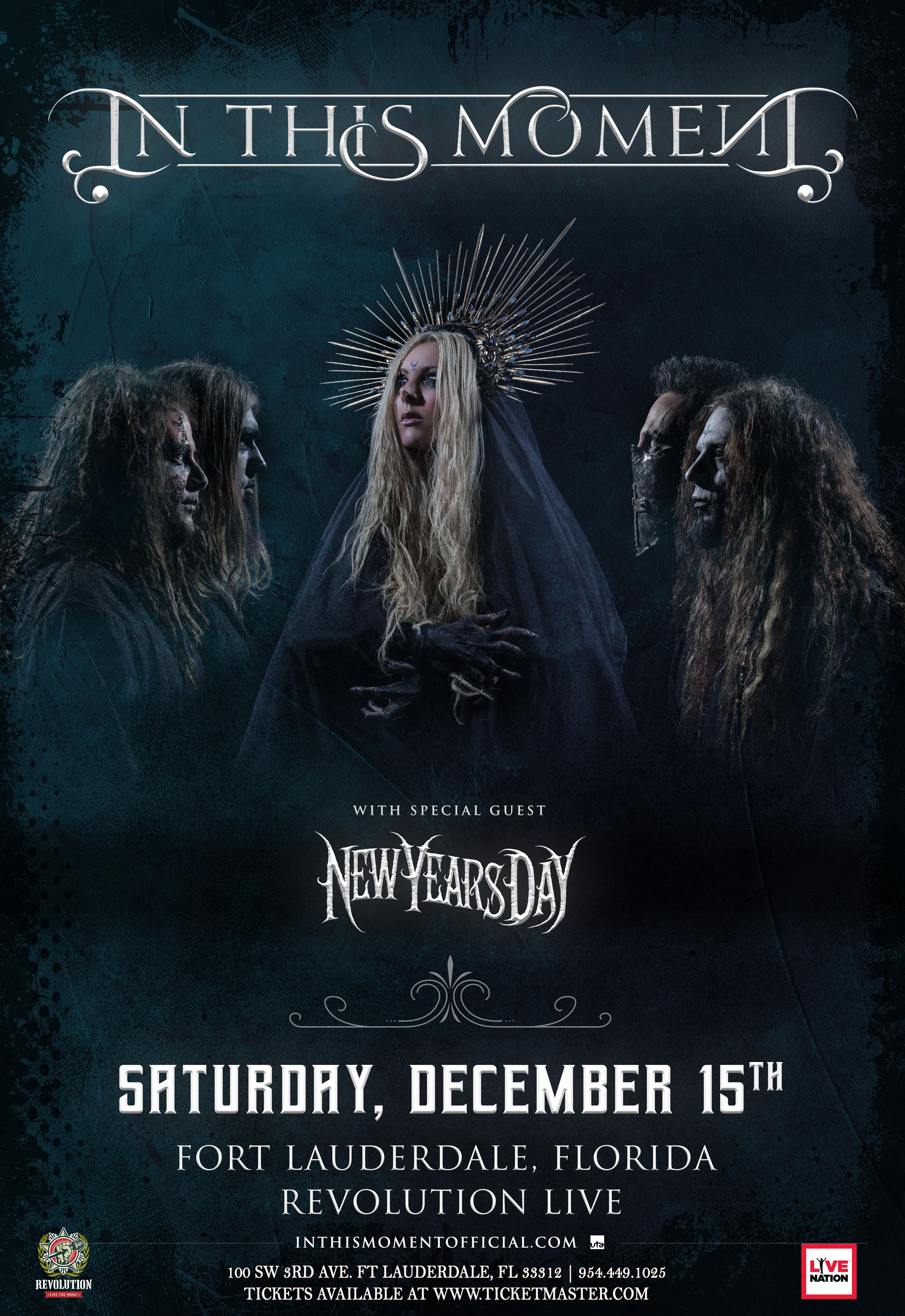 Born of a chance meeting and the innate musical rapport established between vocalist Maria Brink and lead guitarist Chris Howorth, In This Moment quickly grew from local cult favorites performing in Los Angeles clubs to a MySpace phenomenon before landing a deal with Century Media. Along the way, the group was fleshed out by rhythm guitarist Blake Bunzel, bassist Jesse Landry, and drummer Jeff Fabb; embarked on several U.S. tours with the likes of Diecast and 36 Crazyfists; and gradually honed its melodic metalcore songwriting for the recording of the 2007 debut album Beautiful Tragedy, which was supported via the band’s inclusion in the Hot Chicks of Metal Tour, featuring Lacuna Coil and Within Temptation, among others. Debuting at the number 37 slot on the Billboard Top 200, The Dream arrived in 2008, followed by A Star-Crossed Wasteland in 2010 and the electro-charged Blood in 2012. The group’s fifth studio long-player, 2014’s Atlantic-issued Black Widow, marked In This Moment’s major-label debut. In June 2017, the band dropped the single “Roots” in anticipation of the release of its sixth full-length, Ritual, which arrived the following month.