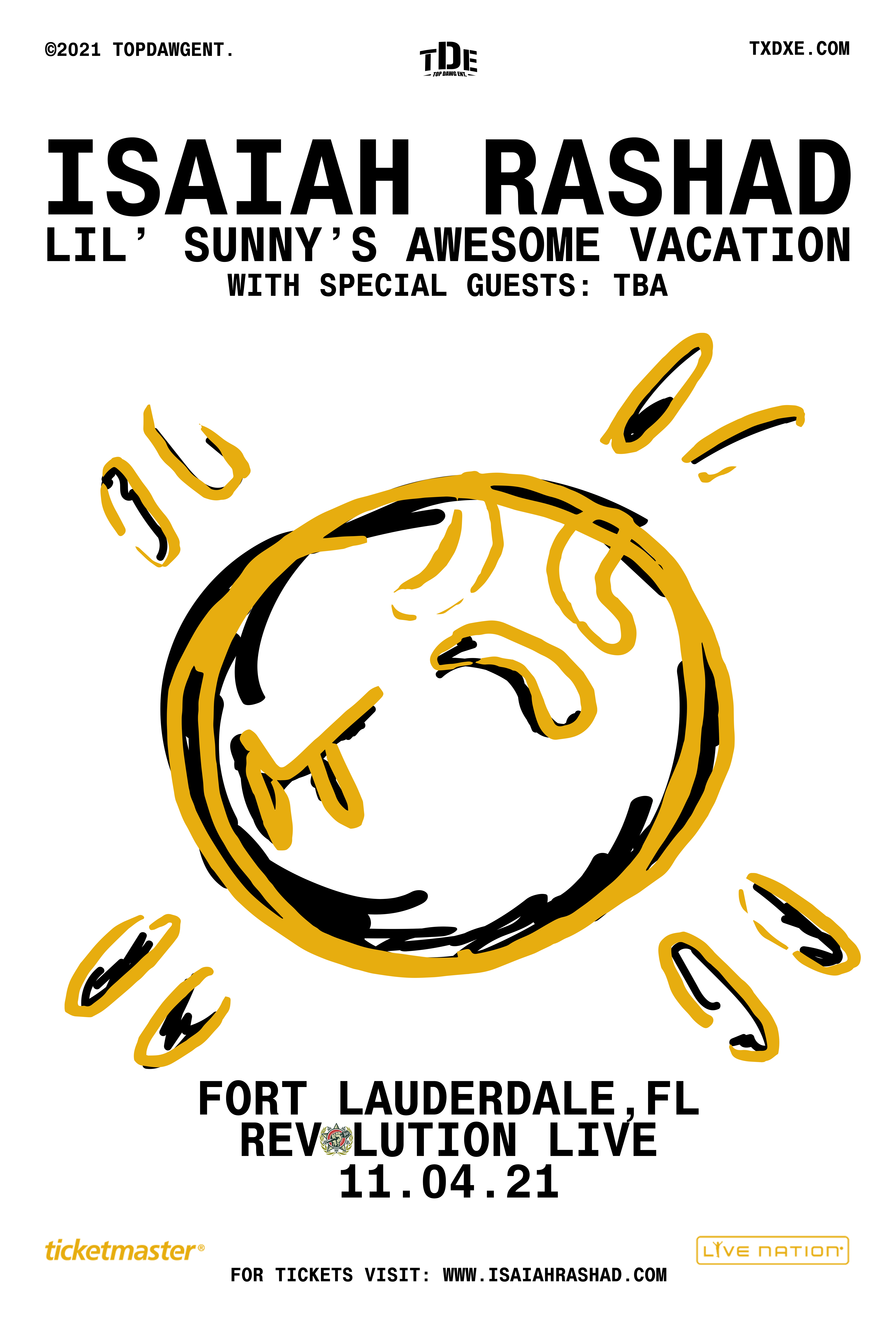 Isaiah Rashad doesn’t look back. Instead, he never stops moving forward. That’s why the internet has tried so hard to keep up since the Chattanooga, TN-born and Los Angeles-based artist emerged in 2012. After one seismic appearance after another throughout 2013, he formally introduced himself with 2014’s Cilvia Demo. XXL named him among its prestigious “Freshman Class,” while the project earned a rare score of 8.2 from Pitchfork. Just two years later, his full-length debut,The Sun’s Tirade, bowed in the Top 20 of the Billboard Top 200 and closed out 2016 on over a dozen year-end lists, including UPROXX, L.A. Weekly, Inverse, Stereogum, Pop Matters, Pigeons & Planes, Pitchfork, and more. In between sold-out shows coast-to-coast and racking up nearly 500 million total streams, he quietly stared down his demons out of the spotlight. By the time he dove back into music, life had changed. The process switched up, so he realigned and linked up with new collaborators. Ready to break a five-year creative silence, he returns with a new single and video “Lay Wit Ya” [feat. Duke Deuce] as he prepares his forthcoming album The House Is Burning.