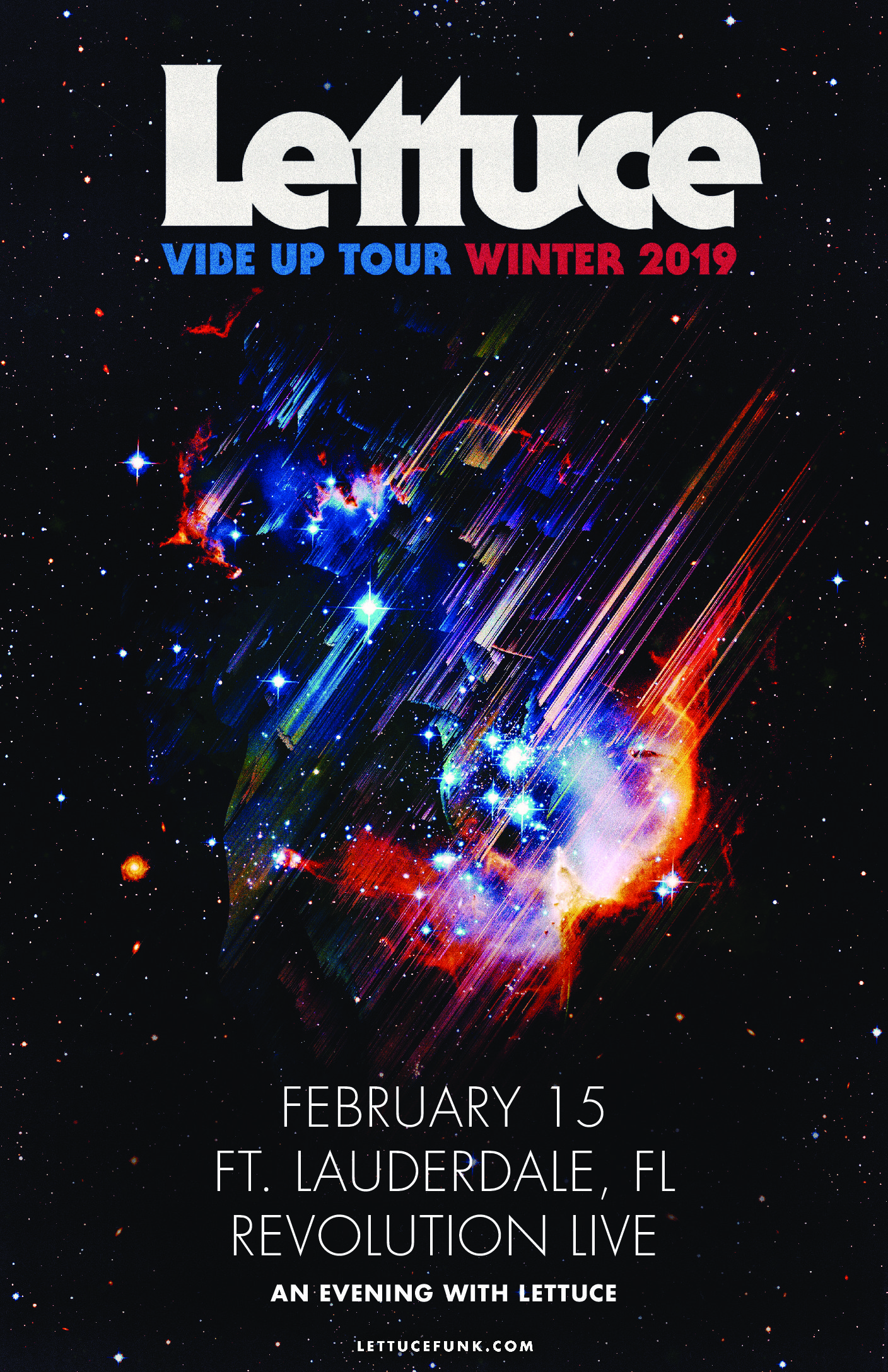 Comprised of a stellar group musicians – Drummer Adam Deitch, guitarist Adam Smirnoff, bassist Erick “Jesus” Coomes, keyboardist and vocalist Nigel Hall, saxophonist Ryan Zoidis, and trumpet player Eric “Benny” Bloom – the members of Lettuce are highly sought after musicians who, together, continue to earn their name as masters of their craft. Blending together these talents in a sound distinctly their own, they have garnered praised by the likes of New York Times, NPR, Billboard, Consequence of Sound, Relix, Red Bull Music and more.

According to the band, it is a sense of unity and togetherness that has much to do with the camaraderie that’s only intensified over the lifespan of the band. Formed in 1992, when several band members attended a summer program at Boston’s Berklee College of Music as teenagers, Lettuce was founded on a shared love of legendary funk artists like Earth, Wind & Fire and Tower of Power. After returning to Berklee as undergrads in 1994, Lettuce started playing in local clubs and steadily built up a following that soon extended to cities across the country and then throughout the world. Releasing their studio debut Outta Herein 2002, its follow-up Rage!in 2009, Fly in 2012, Crush in 2015 and Mt. Crushmore EP in 2016, the band has dedicated their time to balancing their prolific touring with involvement in a host of other musical endeavors.

In recent years, Lettuce have watched their fanbase expand as they’ve hit bigger and bigger stages. Selling out shows across the country, they have truly earned their name as a can’t-miss live act. As bass player Erick “Jesus” Coomes puts it, “some of these shows we’ve played over the past couple years have been so amazing, it’s like you go home a different person.”