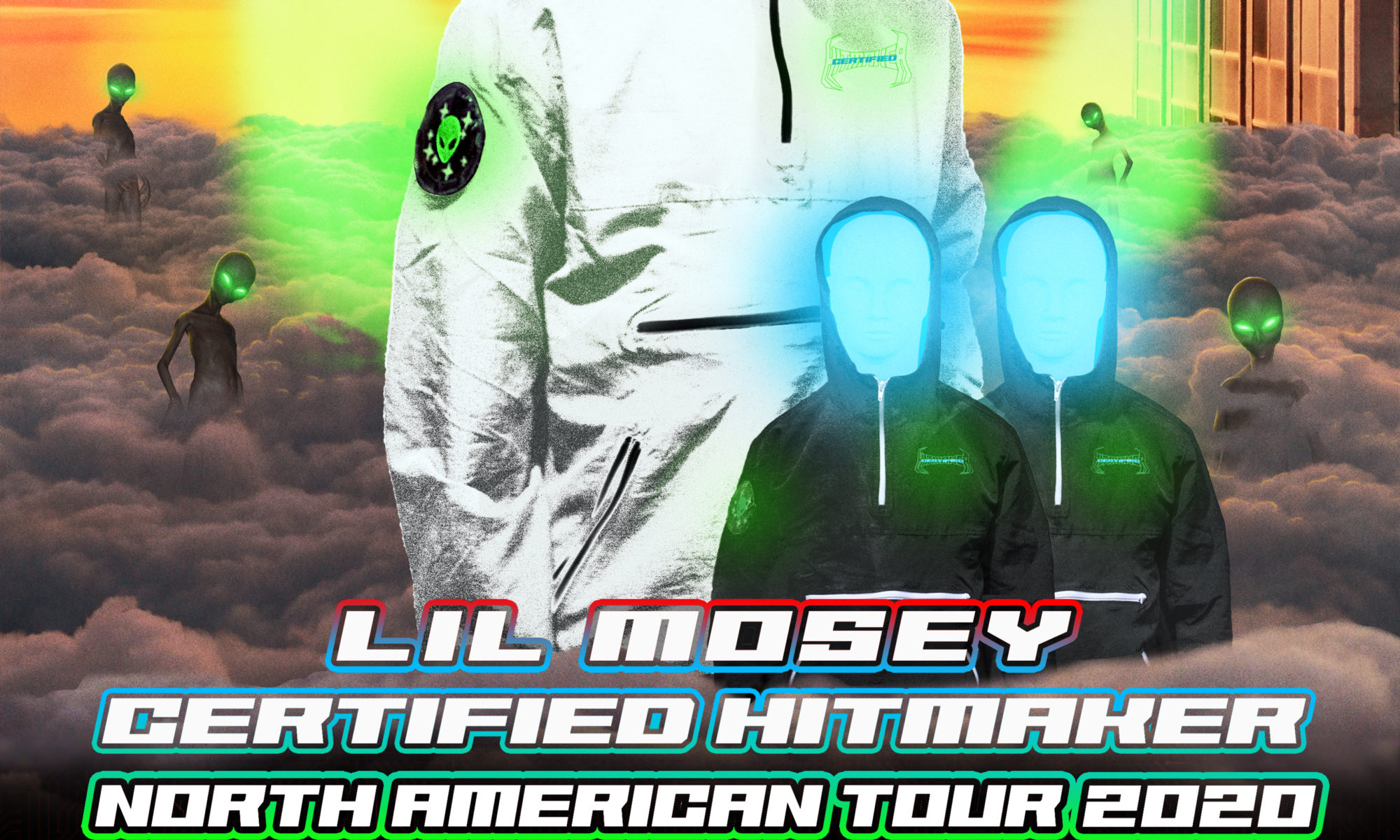 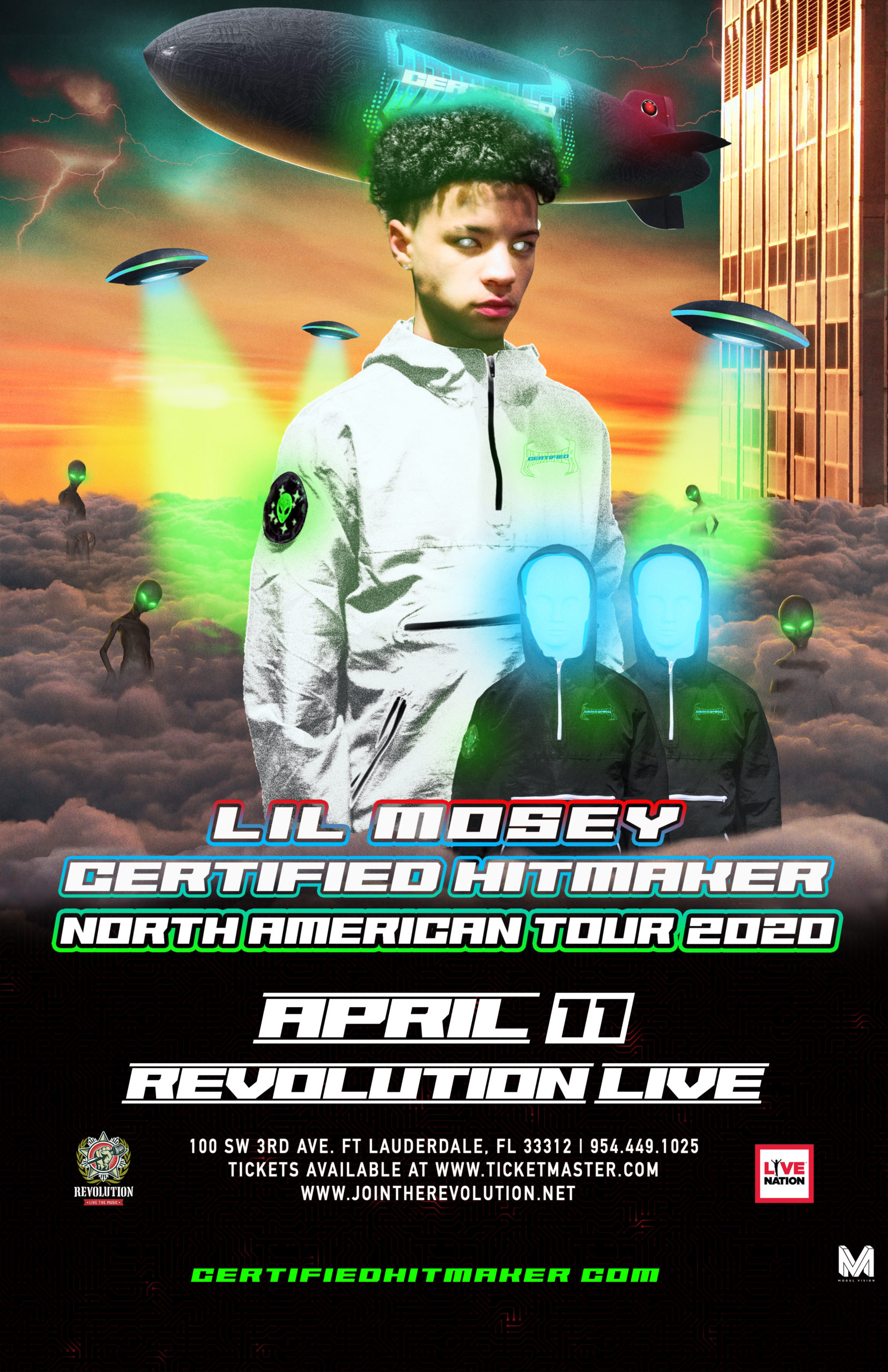 Performing a distinct Atlanta trap style but hailing from the Pacific Northwest, rapper Lil Mosey made his breakthrough in late 2017 with the viral hit “Pull Up.” With its trap bass, light melody, and a sing-song delivery similar to Lil Yachty and Desiigner, the track notched millions of streams for the teenaged Seattle musician, who issued his first tape, NorthsBest, in 2017.

Raised by his mother in the northside of the Emerald City, he started rapping in his early teens, inspired by Meek Mill’s Dreams and Nightmares. He dropped out of high school to pursue a music career, heading down to Los Angeles to record. He issued his early songs online, building a following with tracks “Off White” and “So Bad,” which both appeared on his debut mixtape, 2017’s self-released NorthsBest. “Pull Up” arrived at year’s end and carried Mosey into 2018, when he issued the follow-up single “Boof Pack” via Interscope Records. As his exposure grew, he joined national jaunts with the likes of SmokePurpp, Smooky Margiela, and Juice Wrld. “Pull Up” then appeared on Mosey’s 2018 full-length Northsbest, an entirely different release than his previous mixtape. The album debuted inside of the Top 30 of the Billboard 200 and included the hit single “Noticed,” which made Billboard’s Hot 100, reached number 37 on the Hot R&B Songs chart, and went on to achieve platinum certification. The single “Bust Down Cartier” appeared in spring of 2019, followed by “G Walk” featuring Chris Brown. ~ Neil Z. Yeung, Rovi