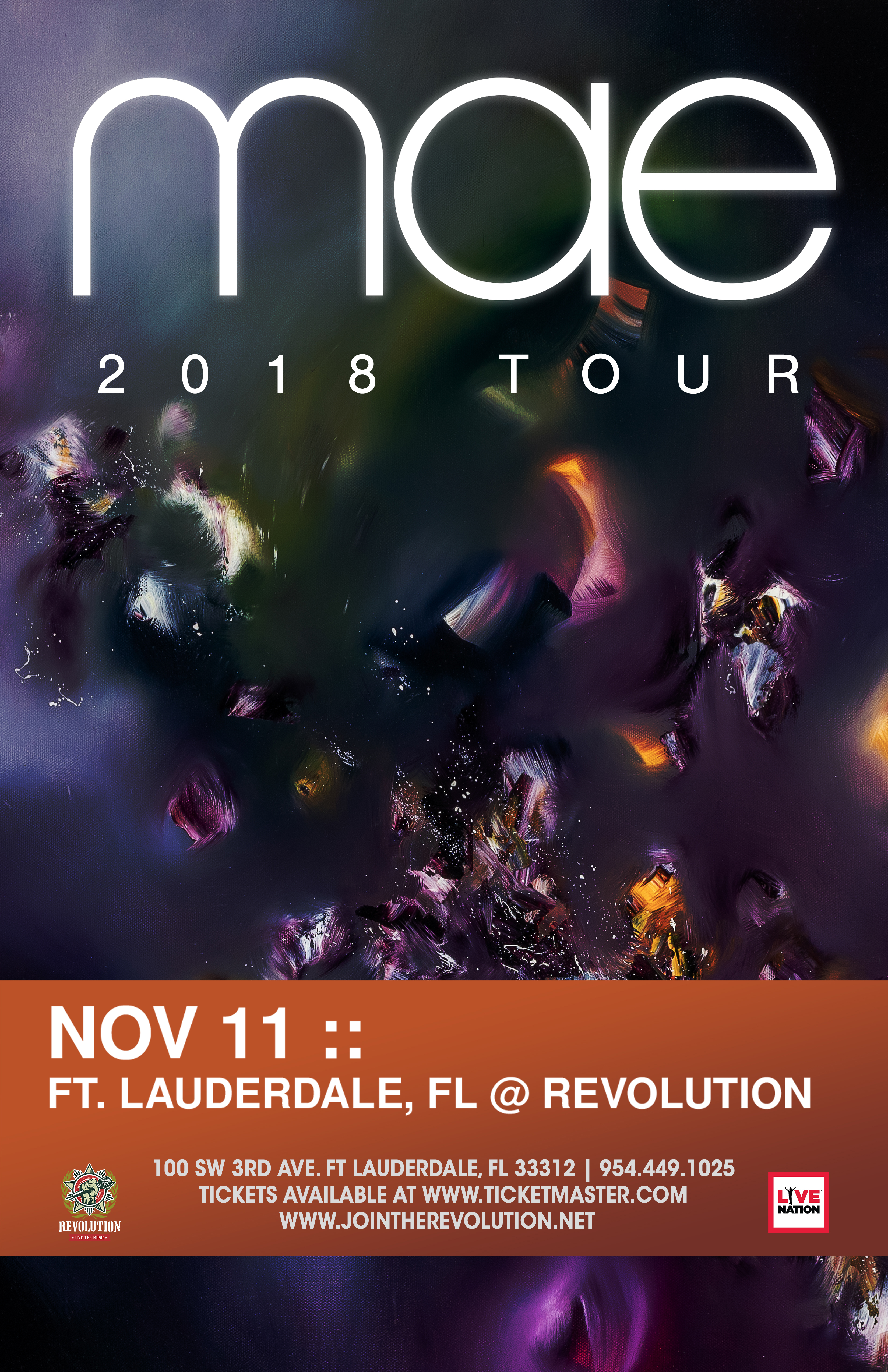 With Rookie of the Year, Loyals, & Alex Di Leo

The band initially started out as a project between Elkins and Marshall, students at Old Dominion University in Norfolk, VA. Recording sessions were booked at Padgett’s home studio, and the duo quickly grew into a quintet as the co-founders rubbed shoulders with other local musicians. Nearly eight months later, Mae had cemented its sound and landed local shows with the likes of the Movielife, River City High, and the Exit. In the process, the group also recorded songs for a debut album, Destination: Beautiful, which was released in early 2003 by Tooth & Nail.