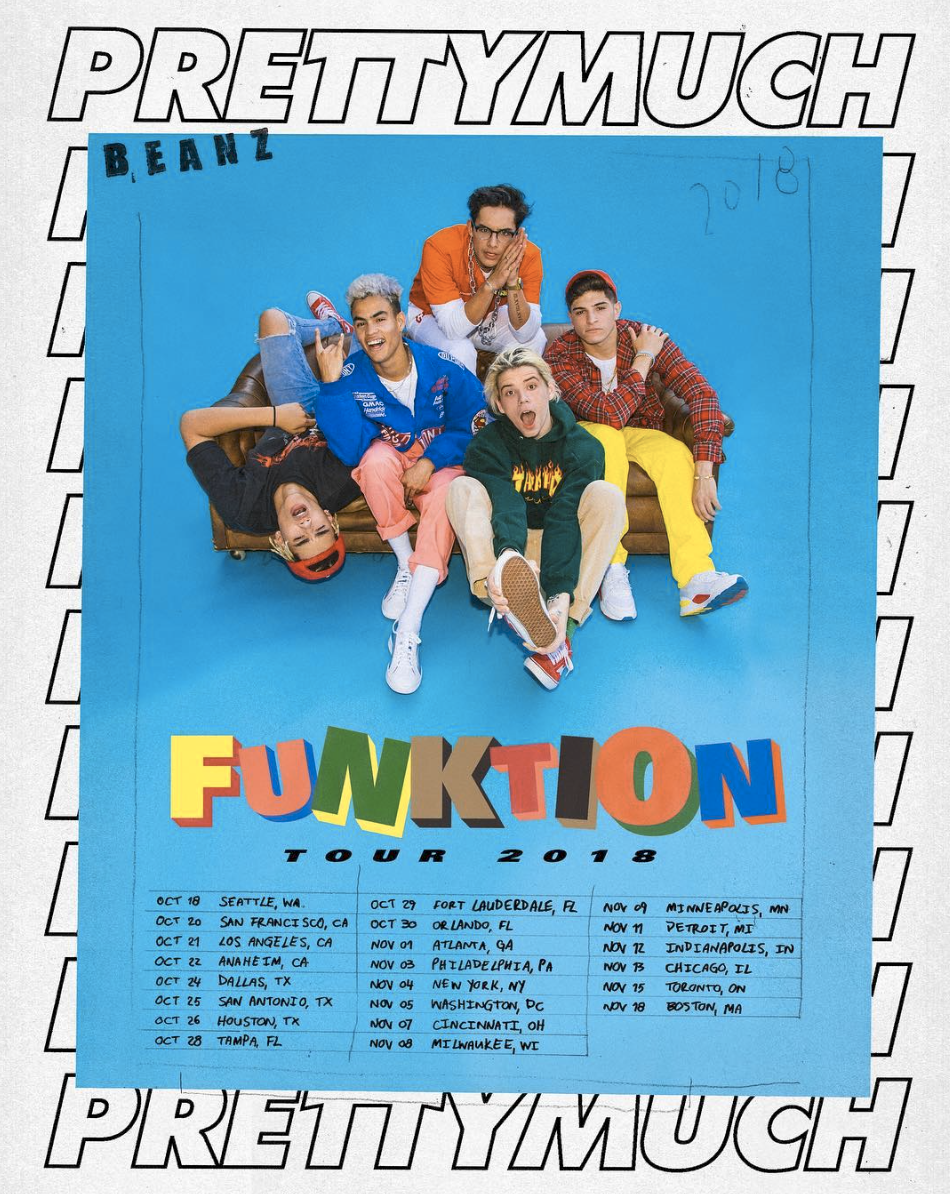 AUSTIN PORTER, BRANDON ARREAGA, EDWIN HONORET, NICK MARA and ZION KUWONU were all making music in their respective home towns before SYCO Music founder and entertainment mogul Simon Cowell discovered and invited them to a music showcase in New York. There, the band bonded and PRETTYMUCH was born. Since last year, they have been sharing a Los Angeles home where the vocal group writes, records, and produces their music – with dance skills to match.

PRETTYMUCH has attracted some of the biggest hitmakers in the business. Collaborators include Steve Mac (“Shape of You”), Ilya (“Bad Blood”), Babyface, Julian Bunetta and John Ryan (“Story of My Life”), as well as Ed Sheeran, who has written a song specifically for the band. This summer, they released their debut single “Would You Mind”, produced by Savan Kotecha who has worked with some of the world’s biggest artists including One Direction, Ariana Grande, The Weeknd and Ellie Goulding.