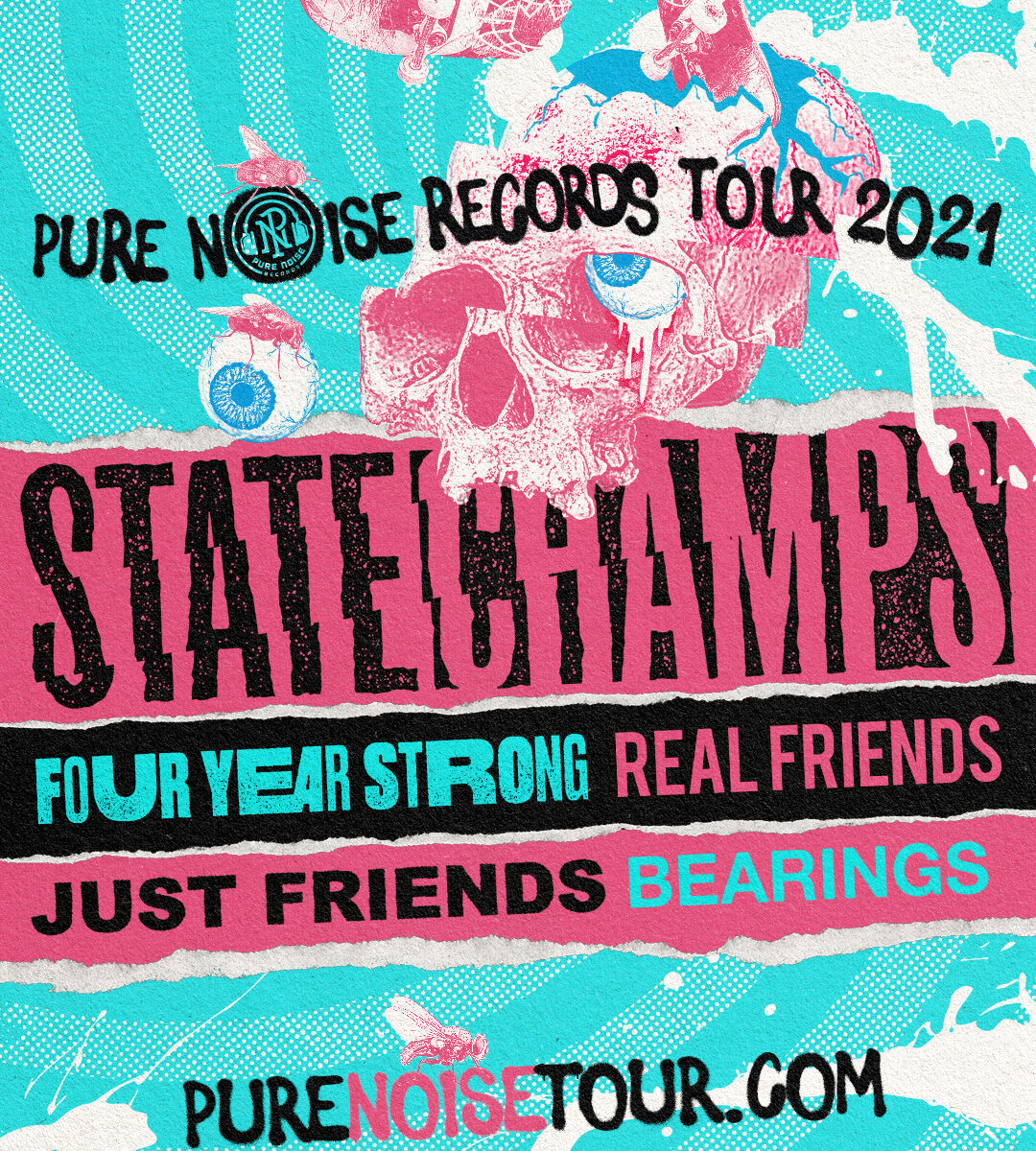 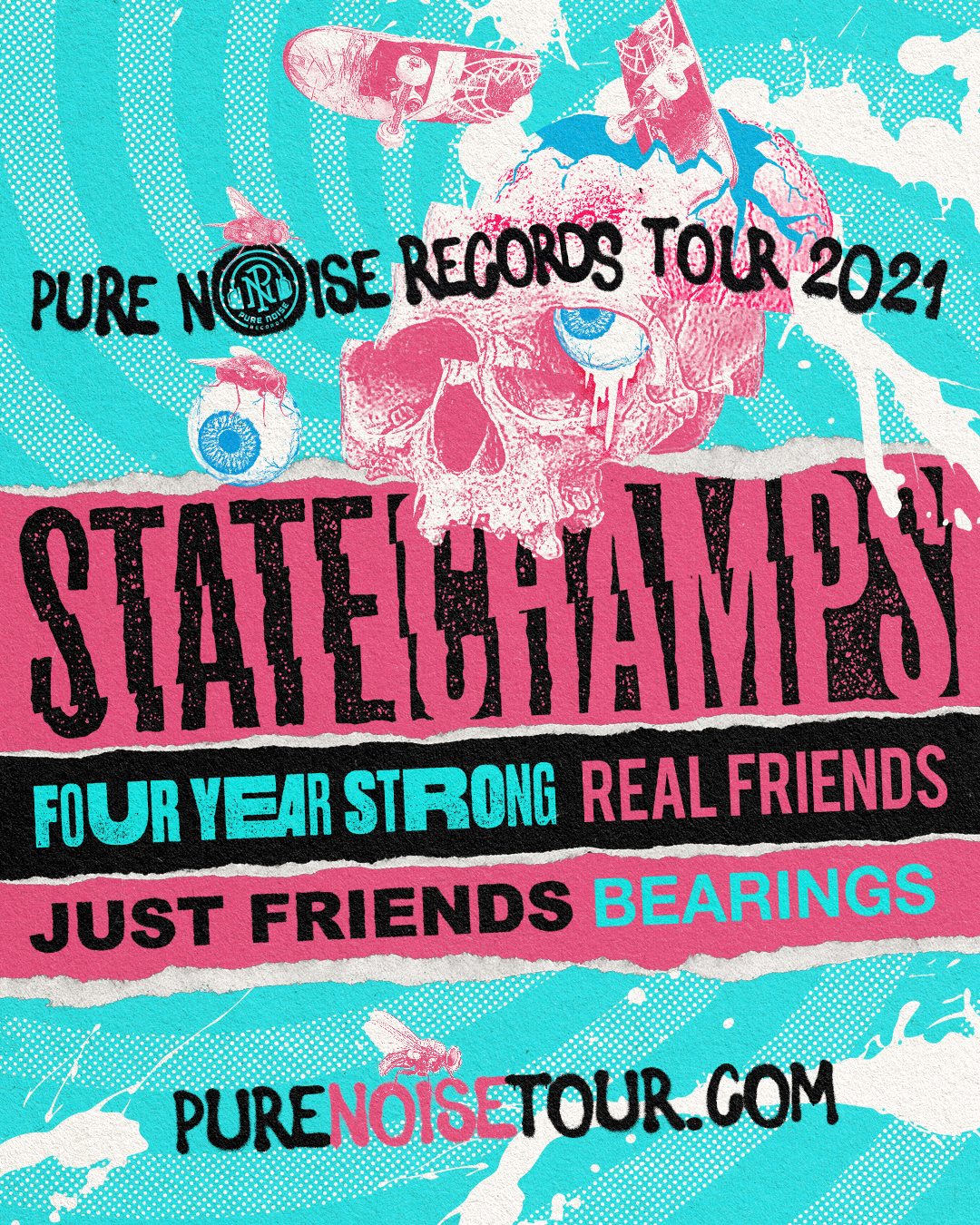 Albany, New York-based pop-punk band State Champs began in 2010, basing their quick-paced and emotive sound on the influence of masters of the genre like Fall Out Boy, the Story So Far, and New Found Glory. Based around singer Derek Discanio’s wailing vocals, the band was filled out by guitarists Tyler Szalkowski and Tony Diaz and bassist Ryan Scott Graham; they were eventually joined by drummer Evan Ambrosio. After a demo circulated, the band released the Overslept EP in late 2012, and followed with full-length The Finer Things in 2013. An acoustic revamp of The Finer Things — The Acoustic Things EP — was released in late 2014. A year later, the band released their second LP, Around the World and Back, on Pure Noise Records. The album would prove to be somewhat of a breakout for State Champs, reaching number 30 on Billboard’s Top 200 and laying the foundation for two years of hard touring. They issued a deluxe version of the same album with a DVD and a number of bonus songs in early 2017. ~ Fred Thomas, Rovi