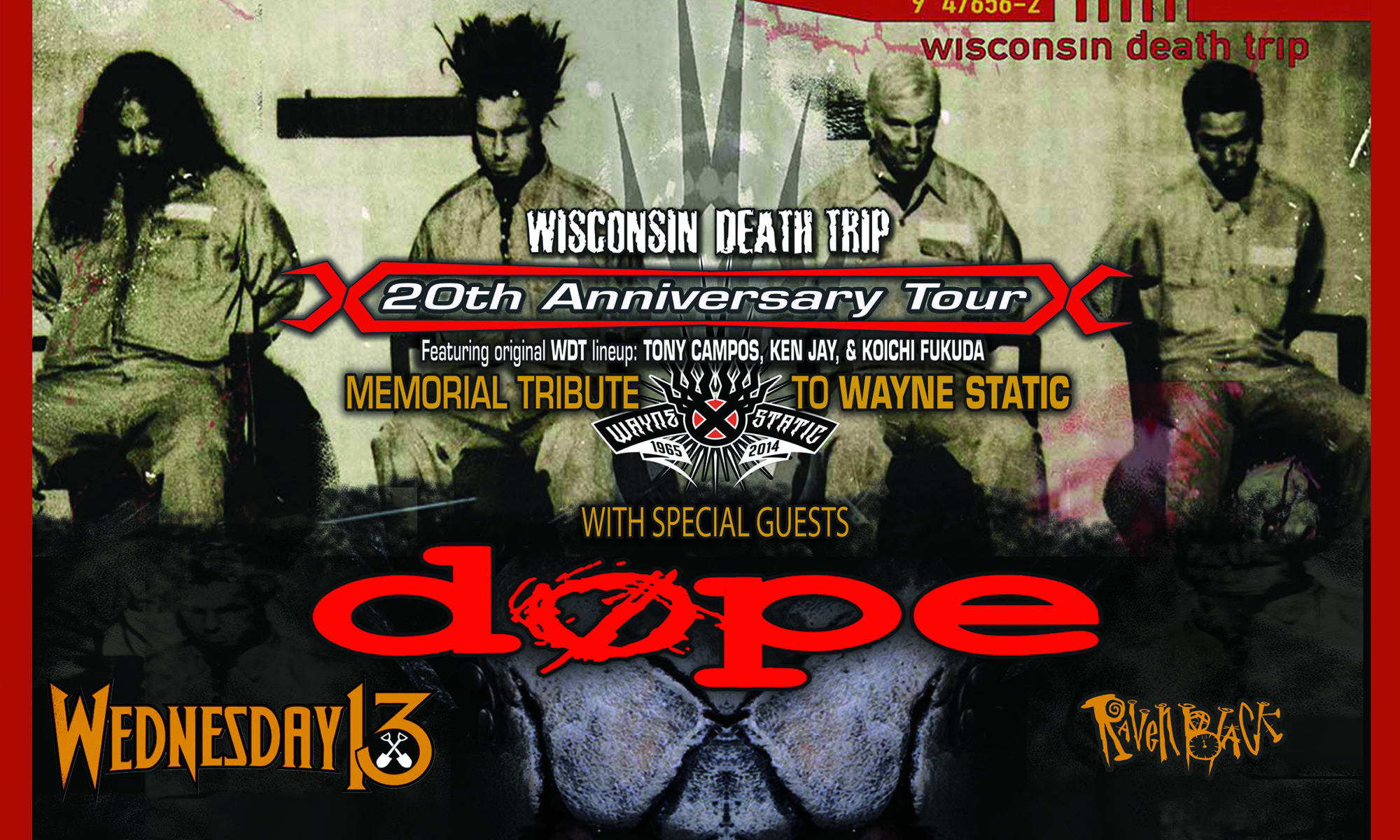 Static-X’s roots trace to the Midwest, where vocalist/guitarist Wayne Static grew up in Michigan and drummer Ken Jay in Illinois. They ended up in Chicago separately and met at the record store where Jay worked, introduced to one another by Smashing Pumpkins vocalist Billy Corgan. Static and Jay decided to head west to California and start up a new band. Shortly after their arrival, Osaka native Koichi Fukada responded to the duo’s ad and became their new guitarist, as well as programmer. Bassist Tony Campos, the only true Californian, was the final piece of the puzzle. Static-X’s music combined aggressive metal and thrash with industrial overtones and techno pulse. Signed to Warner Brothers in February 1998, Static-X debuted with Wisconsin Death Trip a year later, and the album was eventually certified gold. Departing guitarist Fukada was replaced with Tripp Eisen (ex-Dope) for 2001’s Machine, and drummer Jay left after the 2003 album Shadow Zone. If that weren’t enough, personal issues forced Eisen to leave the band in 2004. Still, Static-X was undeterred. Static tapped Fukada to rejoin on guitar and programming, and touring drummer Nick Oshiro took over full-time.

In June 2005, a rejuvenated Static-X returned to recording with Start a War. Cannibal arrived in 2007, charting inside Billboard’s Top 40. The band toured and released a CD/DVD document, Cannibal Killers Live, then settled into the recording of their sixth studio album, Cult of Static. Released in March 2009, it debuted inside the Top 20. The band broke up not long after finishing a lengthy tour, with Wayne Static announcing a renewed focus on his Pighammer side project, with contributions from his wife, Tera Wray. In 2011, Pighammer appeared as a solo album under his own name. A year later, he reformed Static-X — minus any of the original members. The lineup, which basically consisted of his solo backing band, mounted a tour, but broke up by 2013, and a year later, Wayne Static was dead at the age of 48. ~ Josh Loehr, Rovi