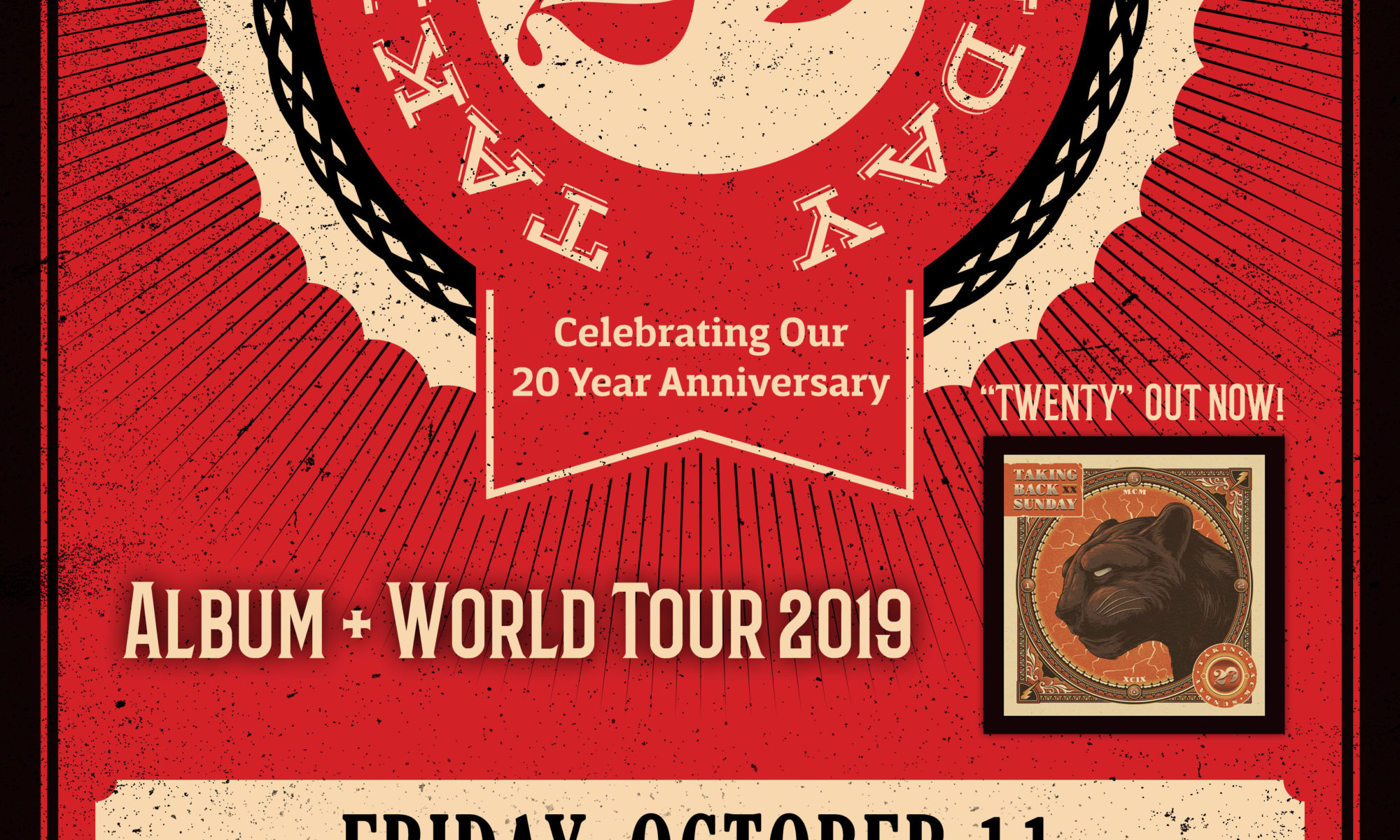 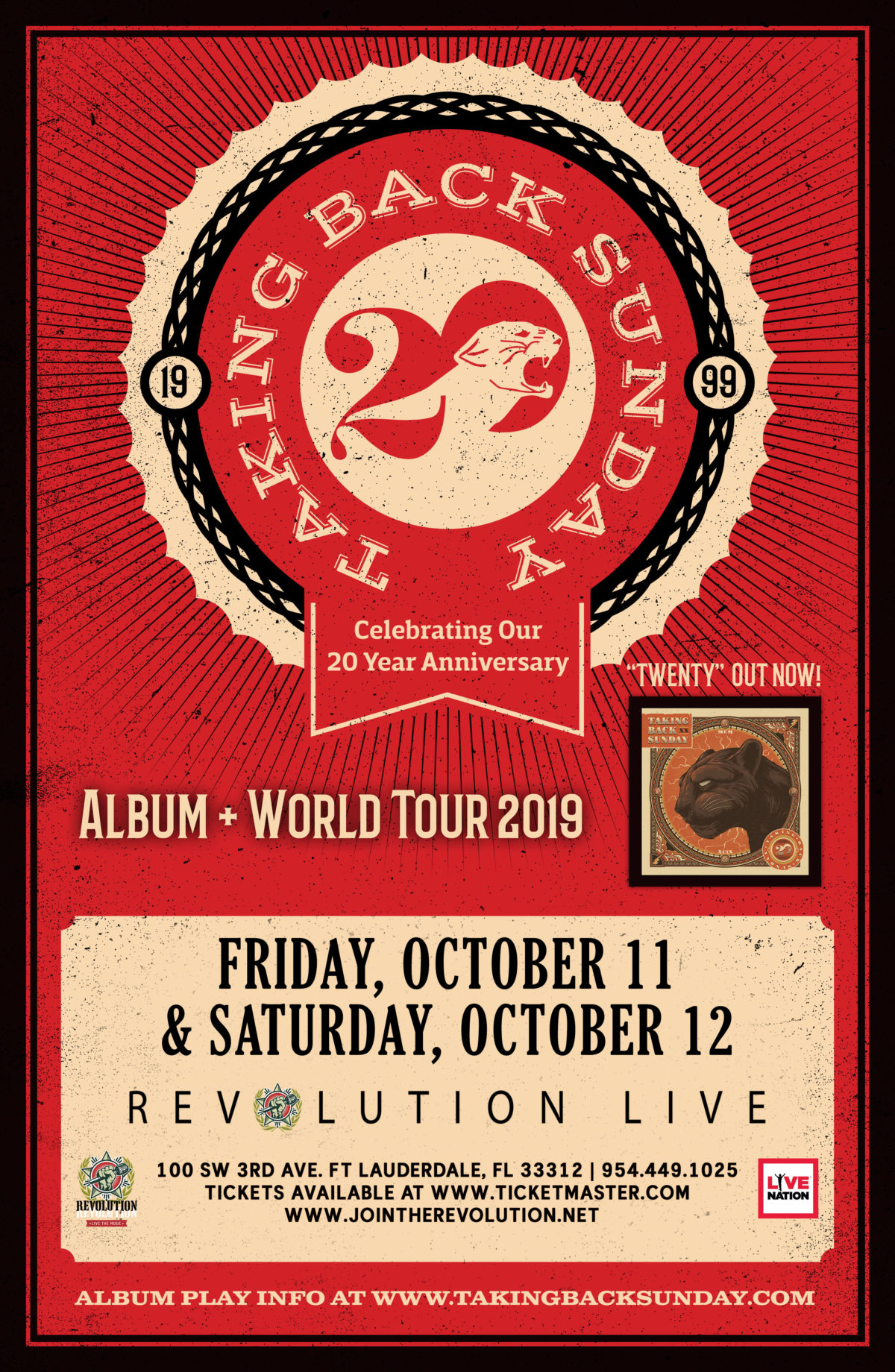 Taking Back Sunday will be performing at Revolution Live FTL on TWO consecutive nights – Friday, Oct 11 and Saturday, Oct 12! Tickets are sold individually for each night.

In celebration of their 20th anniversary, Taking Back Sunday will be embarking on an extensive worldwide tour, paying tribute to their catalog – and their fans – with full album performances.

If you can’t believe that Taking Back Sunday have been around for 20 years, you’re not alone, because they can’t either. Although the pride of Long Island have had a handful of member changes over the years, the current lineup of the band – vocalist Adam Lazzara, guitarist John Nolan, drummer Mark O’Connell and bassist Shaun Cooper – have all been there since the beginning. From the band’s landmark 2002 debut Tell All Your Friends to their most recent full-length, 2016’s Tidal Wave, Taking Back Sunday have evolved from a key player in the early 2000s emo scene to a genre-defying rock band who have three gold albums without ever ceasing to push the limitations of their sound.