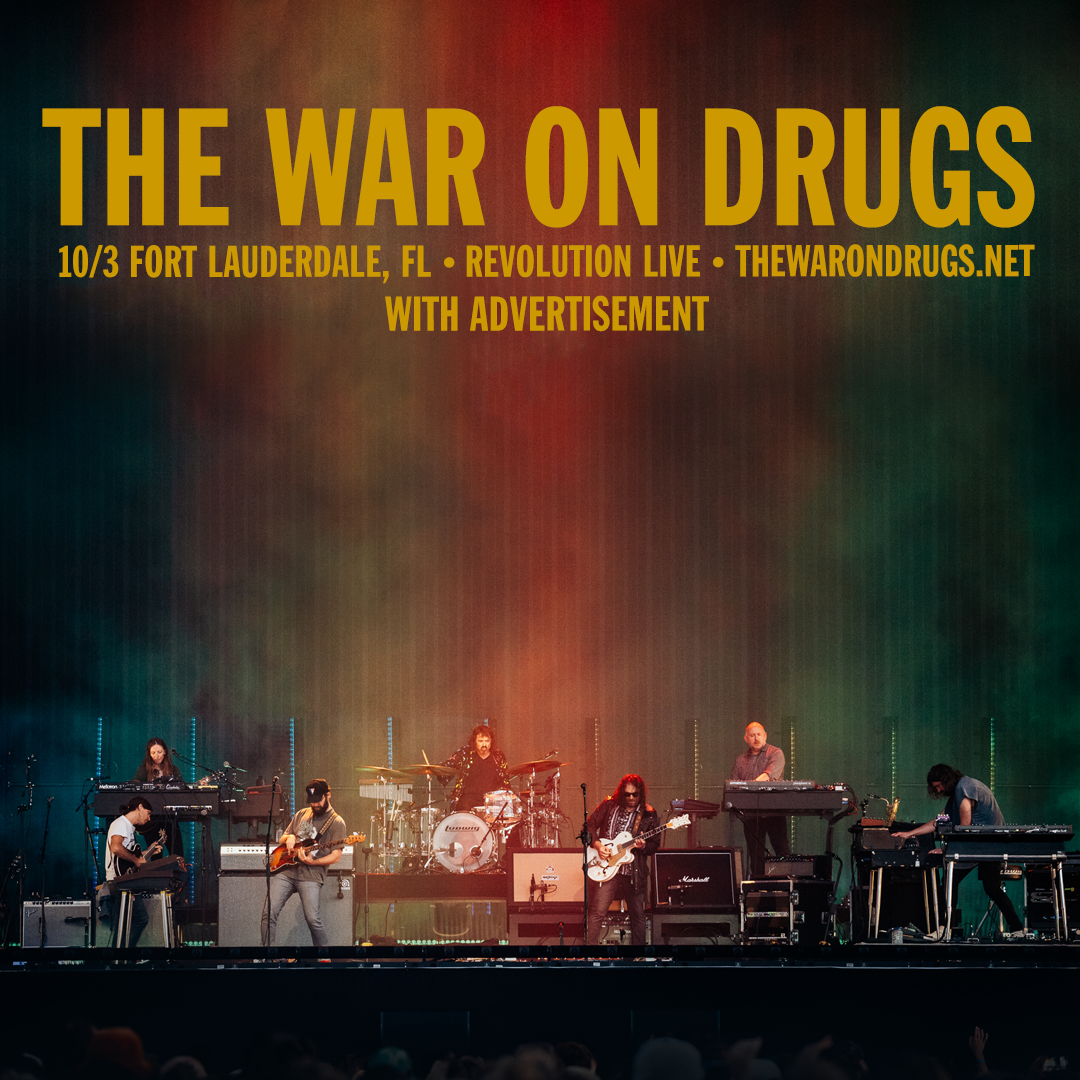 The War On Drugs

The War On Drugs, I Don’t Live Here Anymore: A Foreword

On The War On Drugs’ 2017 album A Deeper Understanding, Adam Granduciel sang about wanting to “find what can’t be found.” In a way, the history of this band has been a chronicle of their frontman’s ongoing search for greater meaning. Along the way, they’ve grown with each record. In the aftermath of A Deeper Understanding, they won a Grammy for Best Rock Album. The New Yorker called them “the best American ‘rock’ band of this decade.” Even The Rolling Stones recognized Granduciel’s talents, inviting him to remix their long lost collaboration with Jimmy Page, “Scarlet,” which was previously an unreleased gem from Goats Head Soup.

By any metric, The War On Drugs have made it. They are now firmly embedded in the classic rock lineage. And yet the quest for that ineffable something continues. In practical terms, Granduciel was facing a familiar quandary as work began on the new War On Drugs album, I Don’t Live Here Anymore, in early 2018: What next?

Looking ahead, he was staring down his 40th birthday. He was on the verge of starting a family. And then there was the extended brotherhood of The War On Drugs, who had just spent many months on the road gelling into an excellent live act, as documented on 2020’s Live Drugs. In the 2010s, they had put out three classic studio albums in a row. But now it was time for a new statement for a new decade.

When he reflects on the making of I Don’t Live Here Anymore, Granduciel is quick to talk about the contributions of his bandmates as well as his trusted co-producer and engineer, Shawn Everett. That doesn’t exactly square with how we normally talk about this band. Granduciel typically is portrayed as the loner studio genius diligently pursuing the creation of heartland rock masterpieces. Think back to the cover of their 2014 breakthrough Lost In The Dream, in which we see the band’s leader standing in profile, looking pensive but determined.

But the moments that stand out most from the creation of I Don’t Live Here Anymore aren’t the solitary ones. For Granduciel, the new songs brought him back to the very community he had forged with his band.

“It just reminded me of all the things I love about making music,” he says, “collaborating with my friends, and letting everybody shine.”

As Granduciel sings in “Harmonia’s Dream” — one of the most anthemic tracks from an album positively bursting with them — “sometimes forwards is the only way back.” For The War On Drugs, the path forward started with paring back to the core of Granduciel, bassist Dave Hartley, and multi-instrumentalist Anthony LaMarca. As winter turned to spring in March of 2018, the trio retreated to upstate New York to jam, demo new songs, and deepen their bond.

“Sometimes you have to just get away from the predetermined roles that each member plays in the live setting,” Granduciel explains. These sessions proved highly productive, turning out early versions of some of the catchiest and most immediate songs on I Don’t Live Here Anymore, including the jangly “Change” and the pop-banger-in-waiting “I Don’t Wanna Wait.”

It was the start of an odyssey that lasted about three years. I Don’t Live Here Anymore was made in New York City and Los Angeles from 2018 through the early part of 2021, and included stopovers at iconic studios like Electric Lady in Greenwich Village and Electro-Vox in Hollywood. (Granduciel, as always, is a loyal patron of some of rock’s greatest sonic workshops.)

One of the most memorable sessions occurred in May 2019 at Electro-Vox, in which the band’s entire line-up — rounded out by keyboardist Robbie Bennett, drummer Charlie Hall, and saxophonist Jon Natchez — convened to record the affecting lead-off track and first single from I Don’t Live Here Anymore, “Living Proof.” Typically, Granduciel assembles War On Drugs records from reams of overdubs, like a kind of rock ‘n’ roll jigsaw puzzle. But for “Living Proof,” the track came together in real time, as the musicians drew on their chemistry as a live unit to summon some extemporaneous magic. The immediacy of the performance was appropriate for one of Granduciel’s most personal songs to date.

The songs on I Don’t Live Here Anymore were not written specifically about the pandemic. But at a time when we’re all starting to finally reunite with friends and family members, this record feels extra resonant. Who doesn’t feel right now like they’re entering a new phase of life? Who looking toward the horizon with a mix of fear and excitement?

The joy of this album is that The War On Drugs aren’t just exploring these themes lyrically. The sound of I Don’t Live Here Anymore also captures the exhilarating uncertainty of dusting yourself off and taking your first steps into a larger world. Musically, this is the most rousing and upbeat War On Drugs album yet. The kind of music you want to play with your friends, arm and arm, as you steel yourselves against whatever’s coming. It’s medicine.

Of course, there are also the sort of introspective ballads the band is known for, like the folkie “Rings Around My Fathers Eyes” and the gorgeous “Occasional Rain,” which Granduciel considers his personal favorite. But the bulk of I Don’t Live Here Anymore unfolds like a collection of future greatest hits. “Victim” is an electro-pop killer that could put The War On Drugs in dance clubs. “Wasted” slams like a lost Born In The U.S.A. outtake. The title track, which is littered with Dylan references, sounds like it was designed in a lab to shake the rafters in an arena.

As always, Granduciel is a master of crafting singular moments that take your breath away. The guitar solo in “I Don’t Wanna Wait.” The mammoth synth hook in “Harmonia’s Dream.” The stunning piano coda from “Change.” The sultry backing vocals from special guest stars Lucius in “I Don’t Live Here Anymore.”

And then there’s “Old Skin.” I don’t want to spoil it for first time listeners, so I’ll just say this: Wait for when the drums come in. It’s the best and most uplifting moment on the record.

Or maybe it’s the final verse of “Old Skin” that deserves such a distinction. It’s where

Granduciel seems to find that special something:

Well there’s a price for everything

That tries to pull us all apart

So take control of anything

That tries to kill you from the start

But I ain’t sure of nothin’ babe

Till I can feel it in my heart

“I keep coming back to it as a record of movement,” Granduciel concludes, “of pushing forward, of trying to realize that version of our most fulfilled life, in spite of forces at every turn pushing down and trying to break you.”

Sometimes you hear a record that makes you feel — if only for an hour or so — that nothing can break you. I Don’t Live Here Anymore is that kind of record.

The War On Drugs has partnered with PLUS1 so that $1 per ticket will go towards supporting gun violence prevention initiatives. www.plus1.org