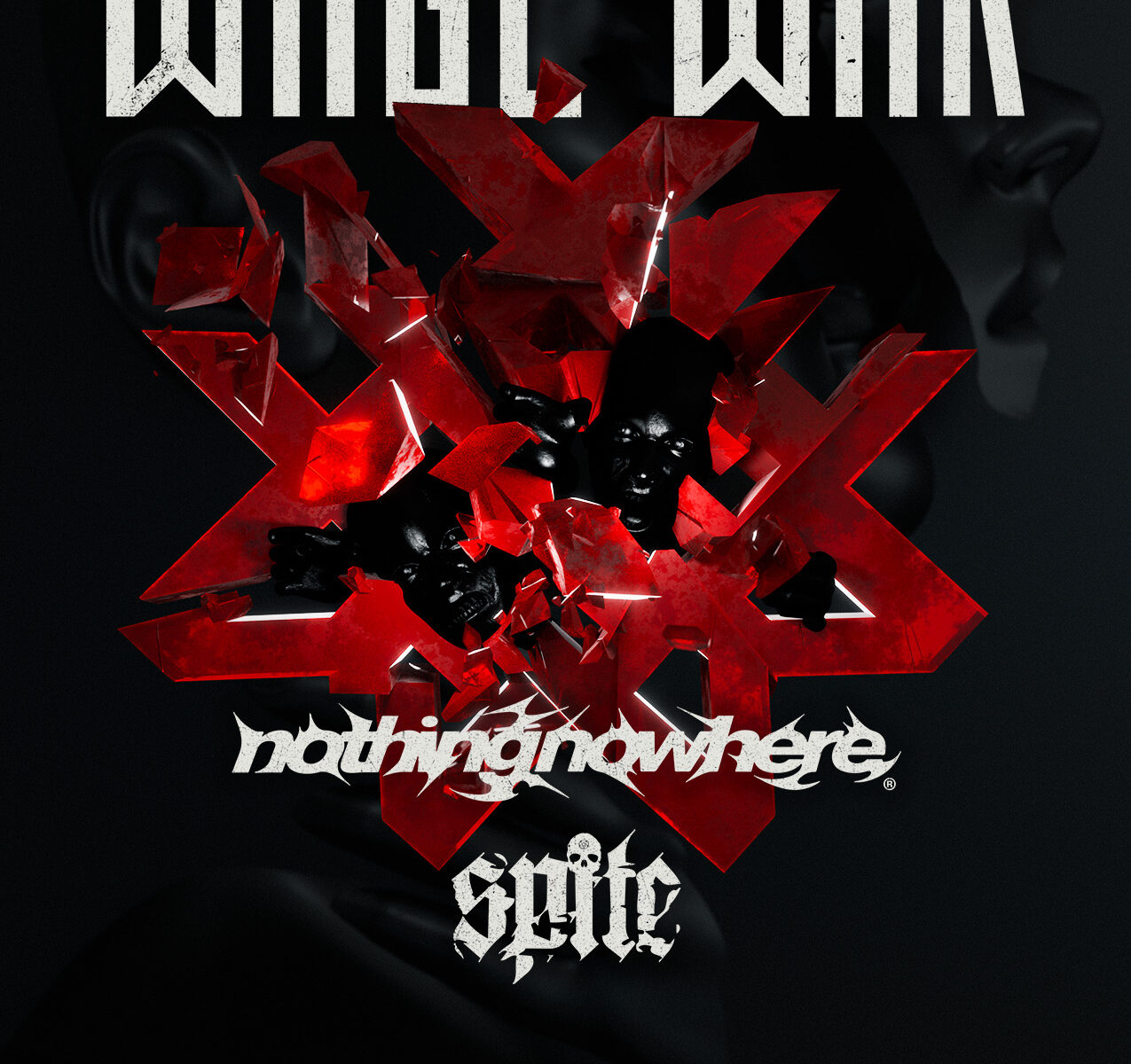 With nothing,nowhere. and Spite 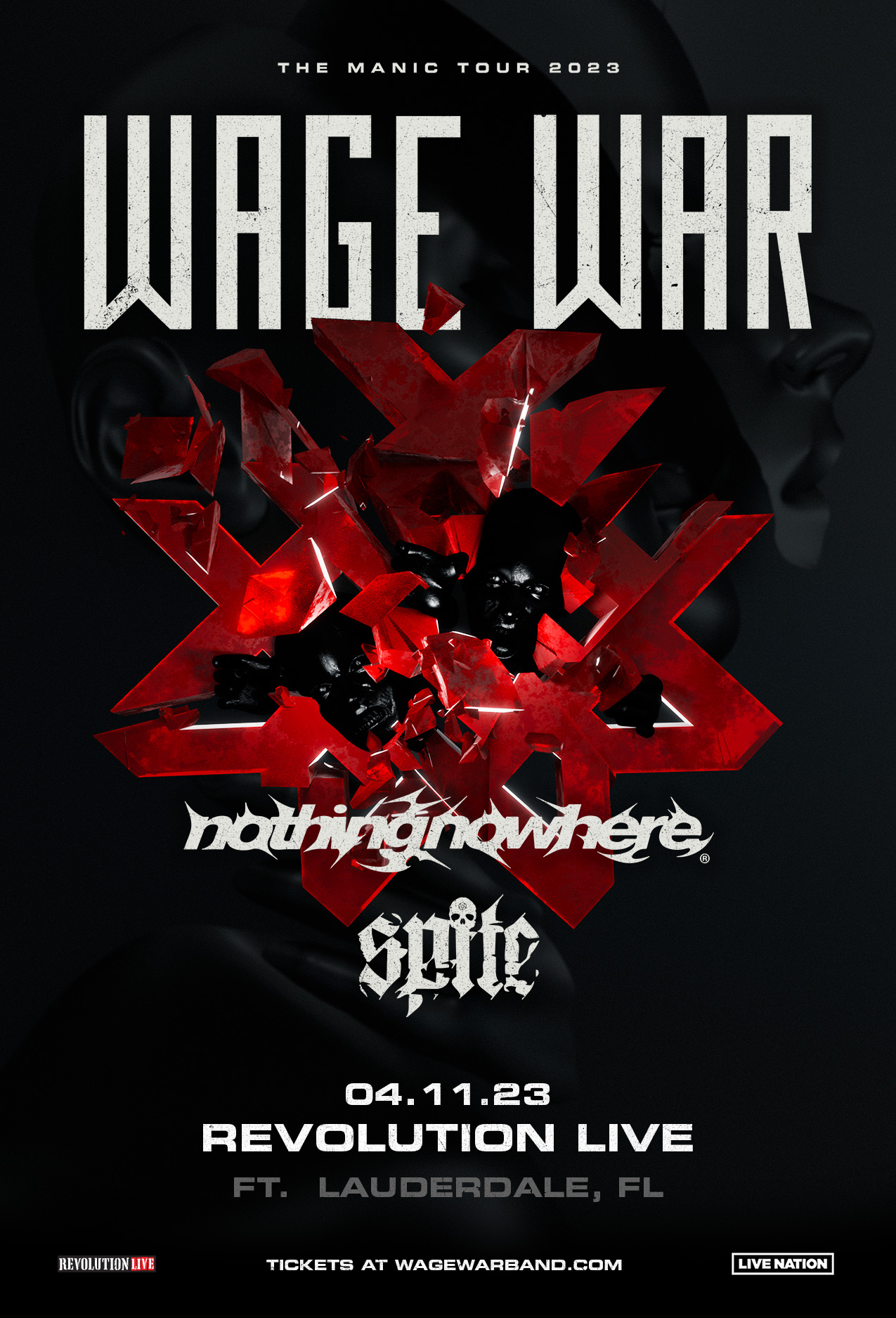 “There’s always pressure to make a great album, but we felt it even more so this time around,” explains Cody. “We pushed ourselves to keep this thing moving and growing. The theme was to be as catchy and as heavy as possible. We knew we had to do something people would notice. Ultimately, we tried to deliver a benchmark that says, ‘This is Wage War. This is what we can do.’”

A whirlwind four years set the foundation for such a statement. The group’s 2015 debut, Blueprints, yielded multiple fan favorites with “Alive” cracking 12 million Spotify streams and “The River” exceeding 8 million to date. Meanwhile, 2017’s Deadweight established the boys as a rising force. Totaling nearly 50 million cumulative streams in two years, the single “Stitch” racked up 14 million streams on Spotify as Deadweight received widespread praise from MetalInjection, New Noise, Metal Hammer, and Rock Sound who dubbed it, “a relentless, genre-evolving treat.” Meanwhile, they toured alongside everyone from I Prevail and Of Mice & Men to Parkway Drive and A Day To Remember, logging countless miles on the road.

In order to approach their next evolution from a different angle, Wage War enlisted the talents of producer Drew Fulk (Motionless in White, Lil Peep, IDKHOW) and recorded in Los Angeles for the first time. The locale fostered a spirit of evolution.

“We were all out of our comfort zone, which was really cool,” Cody elaborates. “We couldn’t just go home after the day. We all lived in the same house. It was a great opportunity for us to reconnect. We’d go to shows together, come back, and write at 2am. Los Angeles is inspiring, because there’s a youthful drive and passion. Everyone is there to chase a dream. It gives you a mindset. You talk about going to L.A. to make a record when you’re 13. It was a bucket list thing for us.”

At the top of 2019, they teased out the album with “Low.” Right out of the gate, it leapt past 5 million Spotify streams. Meanwhile, the first single “Who I Am” targets those people who only engage in discussions to spread negativity, as it teeters between a razor-sharp riff, guttural screams, and a sweeping clean refrain, “Don’t forget I’m human. I’ve got the open wounds to prove it. You don’t get to choose it. You don’t know who I am.”

Meanwhile, “Take the Fight” hinges on a gnashing guitar fused to an aggressive pitched intonation by Briton, standing out “as something we’ve never done before.” Cody adds, “It’s a call-to-arms. We have dark songs, but we want to share light in the underlying message. It encourages everyone to stop being ignorant and treat each other better.”

“Grave” highlights Briton’s clean vocals for an entire track, another first, as it dips in and out emotionally charged verses and into an arena-size gang chant punctuated by call-and-response.

“You come to a point of realizing you need to cut ties with toxic individuals in your life,” adds Cody. “You’ve repeatedly given them chances, but they don’t deserve you.”

Illuminating the dynamics of the group, the airy guitar of “Me Against Myself” underlines the biggest and boldest refrain of this body of work as closer “Will We Ever Learn” merges heavenly vocalizations with subtle synths and a thudding groove.

In the end, Pressure elevates Wage War to the next level.

“When you listen to the album, you hopefully get Wage War turned up to ten,” Cody leaves off. “Lyrically, everything is from the heart. Maybe, it gets you through a tough time, pushes you into another day, or gives you the strength to talk to somebody. There’s nothing better.”