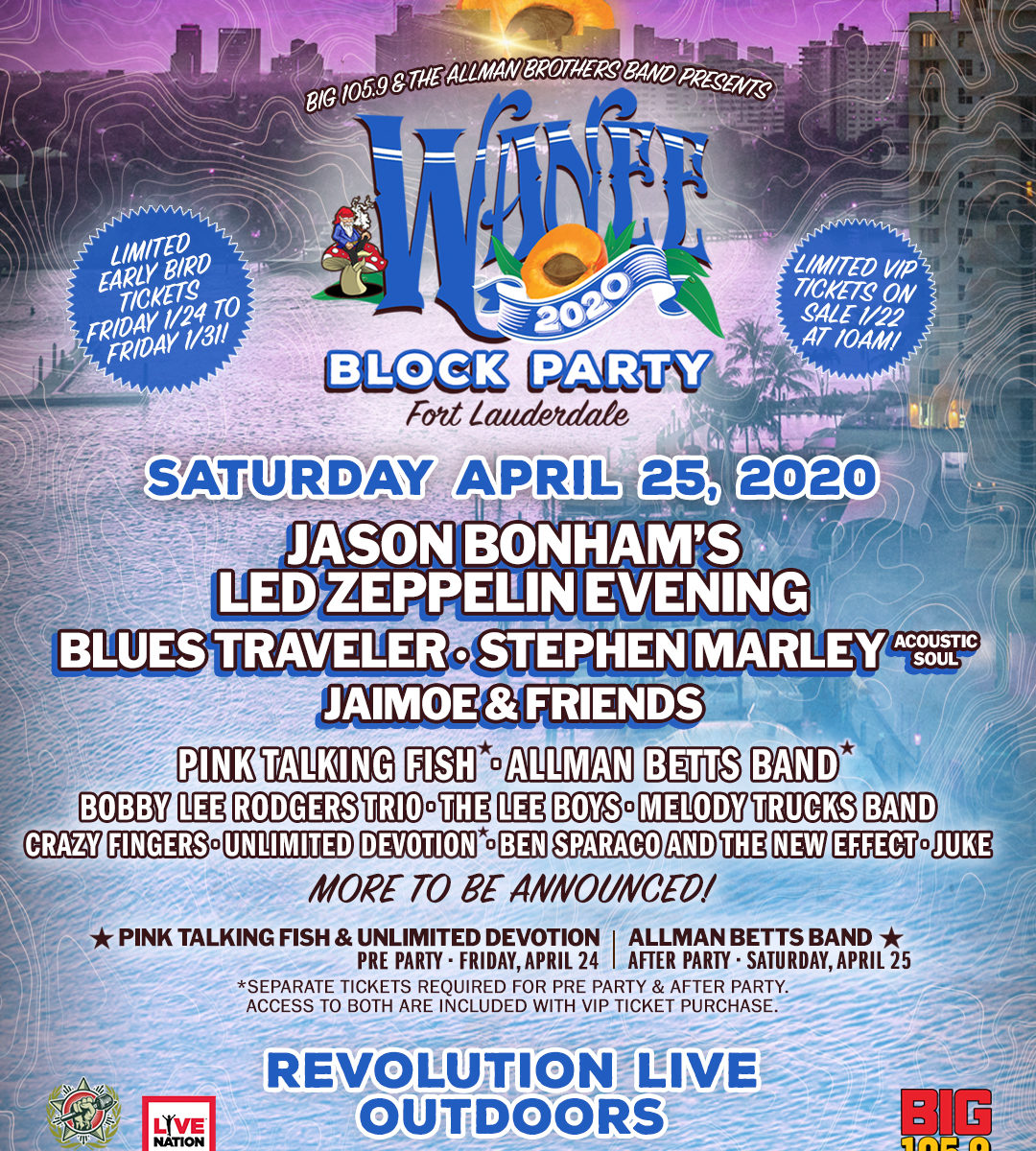 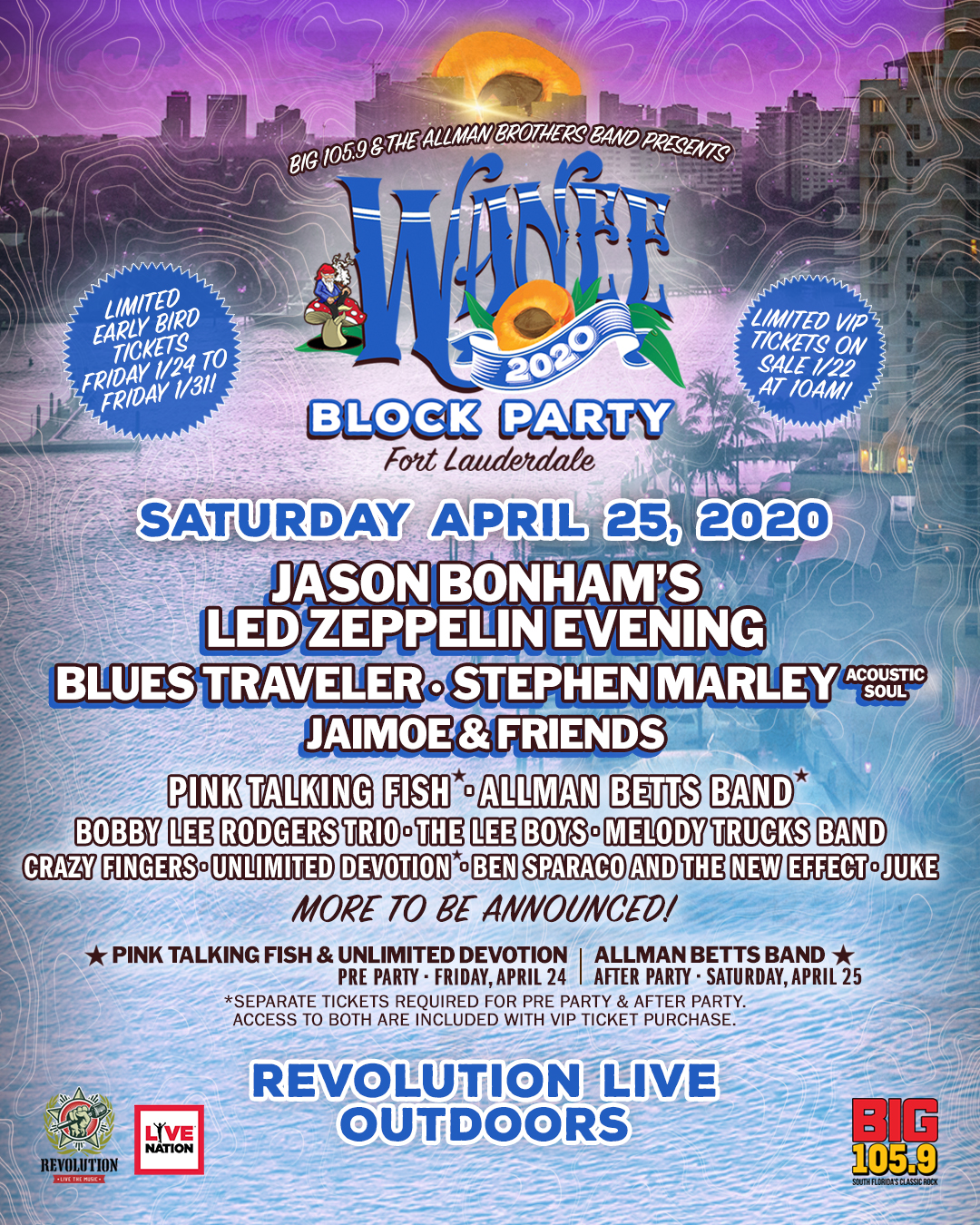 & Many More To Be Announced!

*Separate tickets required for Pre Party & After Party. Access to both are included with VIP Ticket Purchase. 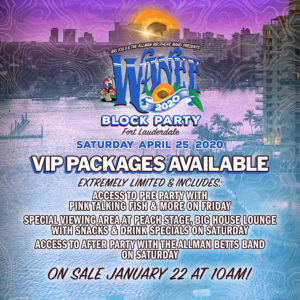 VIP packages ( are extremely limited and include access to an exclusive pre party with Pink Talking Fish & More on Friday. Special viewing area at Peach Stage, Big House Lounge exclusively with snacks & drink specials on Saturday. Access to after party with The Allman Betts Band On Friday.

They include a special private viewing area, drinks and light bites, private restrooms and admission to both the pre-Wanee and Late Show events including access to an exclusive VIP party on Friday, April 24th sponsored by The Big House Museum plus a private exhibit and book signing by the legendary Kirk West, showcasing his iconic one of a kind photography.  Music’s premier photographer.

Phase 3 sales begin on March 31 and end day before show.