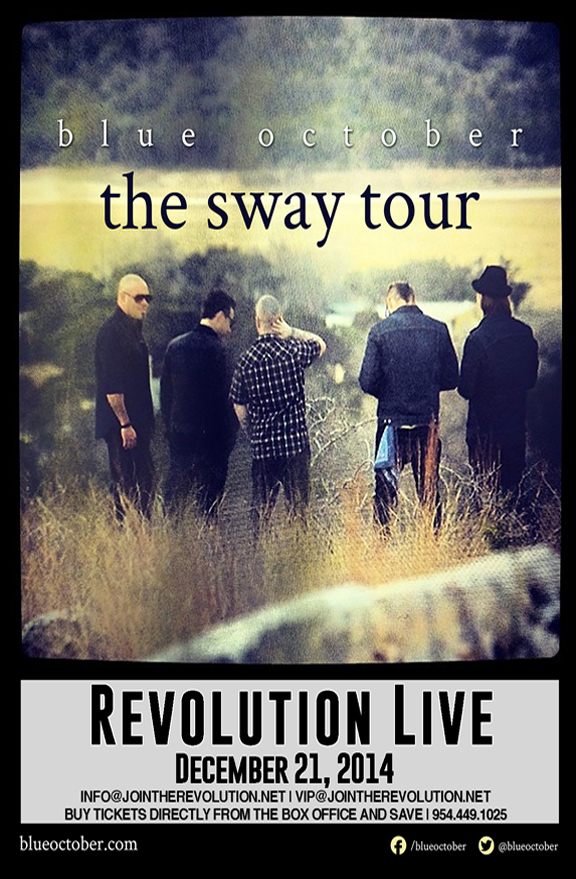 The Texas quintet Blue October formed during the post-grunge boom of the mid-’90s when vocalist/guitarist Justin Furstenfeld began penning angst-ridden rock songs with the help of his brother, drummer Jeremy Furstenfeld, and violinist Ryan Delahoussaye . Their latest album Sway received positive critical acclaim, with Music Eyz citing “it’s easy to see that our favorite tormented soul is on the mend and still creating some of the most powerful and emotional music out there.”  Their previous effort, Any Man in America, debuted at #1 on the Billboard Rock Albums and Alternative Albums charts and in the Top 10 of the Billboard 200 chart.  Blue October is set to “Rock Your World!”