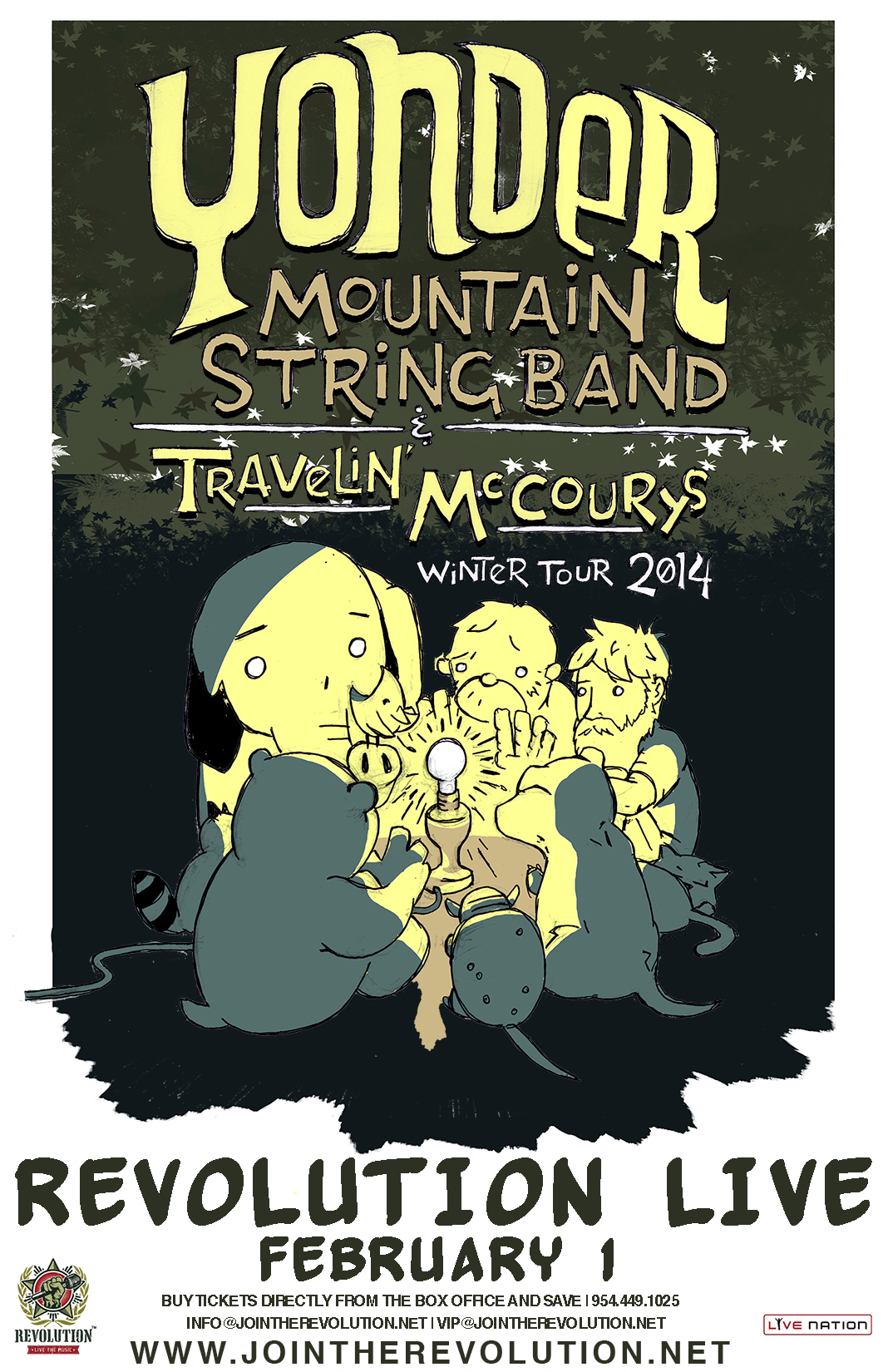 Although the Yonder Mountain String Band was formed in Nederland, CO, its origins go back to Urbana, IL, where college student and banjo player Dave Johnston met mandolin player Jeff Austin. Austin moved west and settled in Nederland. Johnston joined him there, and the two met bass player Ben Kaufmann and guitarist Adam Aijala at a club called the Verve. In December 1998, they formed the Yonder Mountain String Band to open for a band at the Fox Theatre in Boulder. They developed a following among bluegrass fans and also among jam band fans as they played extensively and worked their way up the bar and club circuit in the West. In the fall of 1999, they released their debut album, Elevation, on their own Frog Pad Records label. By the fall of 2000, they were playing in larger venues, such as the Fillmore Auditorium in San Francisco. They released a live recording as their second album, Mountain Tracks, Vol. 1, in the spring of 2001, and followed with another studio set, Town By Town, in the fall of 2001. A second live album, Mountain Tracks, Vol. 2, was released in 2002, again followed by a studio effort, Old Hands, in 2003. Mountain Tracks, Vol. 3, a double disc live set, appeared in 2004. In February 2006, Mountain Tracks, Vol. 4 was released. Three months later, Vanguard Records released a self-titled studio album by the group. The Yonder Mountain String Band returned to its own Frog Pad label for Mountain Tracks, Vol. 5, issued in April 2008. ~ William Ruhlmann, Rovi