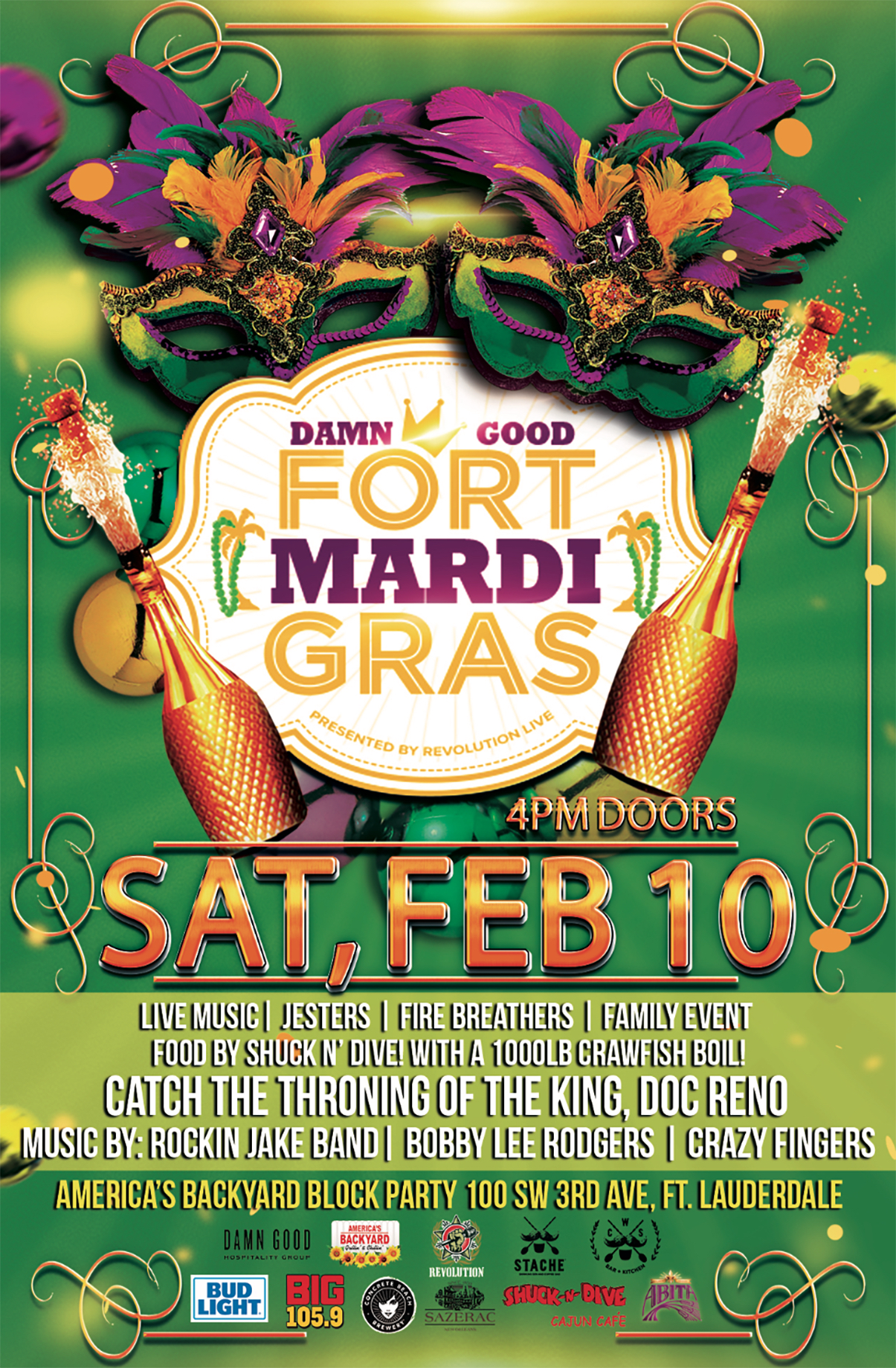 Great Music! Authentic Food!
Family fun for everyone. It’s carnival season and our city’s favorite Fort Mardi Gras returns for its third year bringing fun, food, drinks and authentic music for the whole family to Downtown Ft. Lauderdale. It’s all happening Saturday, February 10th from 4 to 10PM outside on the street and inside the Revolution Live complex at 100 SW Third Avenue in Ft. Lauderdale and admission is FREE!

Come feast on local cajun and creole flavors like Gumbo, Jambalaya, red beans and rice provided by Shuck N Dive! Immerse yourself in authentic Live Music, jesters, mystique and more you’ll have to see to believe!
In the spirit of Mardi Gras and New Orleans we’ll be featuring:

– Beads and a face painting station for the kids

– The Bazaar, a marketplace full of top regional independent and craft artists will line up the streets. 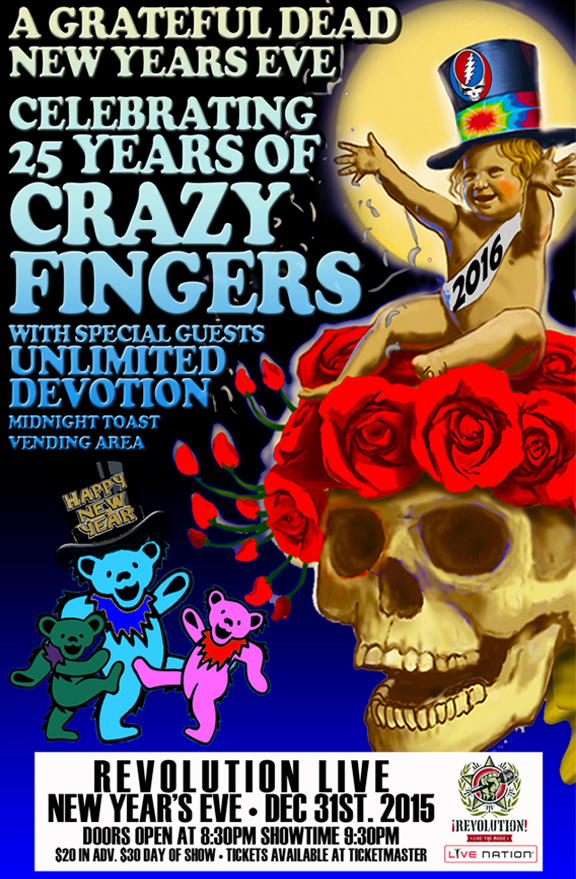