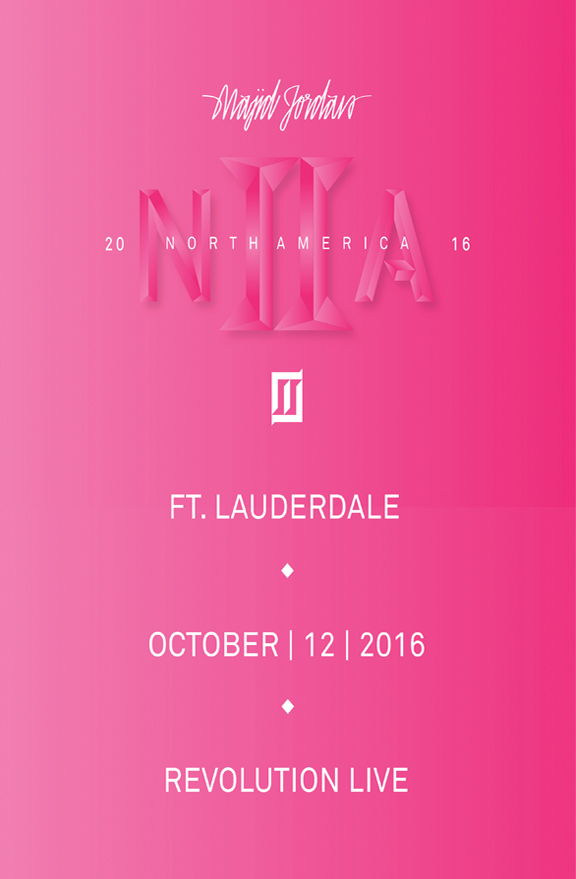 For Majid Jordan, music and motion become one in the same.

“A lot of the process of making music is driving to it,” affirms Jordan. “There’s something to be said about that movement. You don’t have an end point. When we’re driving around and listening to songs, we’re not going somewhere per se; we’re just driving.”

Majid continues, “Our music is definitely about being on and navigating a journey. This path leads towards love.”

The Toronto pair—Majid Al Maskati, 25, and Jordan Ullman, 22—have definitely made the most of their ride thus far. In 2011, the Bahrain-born Majid linked up with the Canadian Jordan, while attending the University of Toronto. Bonding over a mutual passion for music, they started recording under the name GOOD People, releasing the afterhours mixtape. Their chemistry yielded a powerful dynamic with Jordan handling instrumentation and production and Majid assuming mic duties.

“We both have two younger sisters,” says Majid. “In a sense, we each assume the role of the brother we never had. That’s what makes this so special: the brotherhood we share.”

Producer Noah “40” Shebib heard their music on Soundcloud in 2013 and invited them to meet him and Drake. Soon after, the duo inked a deal with OVO Sound/Warner Bros. Records. Majid Jordan featured on and co-produced Drake’s triple-platinum #1 hit “Hold On, We’re Going Home” from Nothing Was The Same. Their next collaboration with the hip-hop superstar was “Mine” for Beyoncé’s self-titled fifth offering. Solidifying their sound and identity, 2014’s EP A Place Like This would see them construct the framework for their self-titled full-length debut, Majid Jordan, in 2016.

“Once we began working on the album, we had more room for experimentation and exploration,” adds Majid. “We’ve learned so much over the past few years, and that experience enabled us to make this music. Everything was a stepping stone to where we are now.”

In early 2015, the guys moved to a rented house in Van Nuys, CA to begin work on what would become Majid Jordan. In between soaking in the Southern California sun and cruising the Pacific Coast Highway, they hit the studio with the likes of Illangelo [The Weeknd] and Nineteen85 [Drake, Nicki Minaj].

“The surroundings really played a role in the recording,” says Jordan. “It helped inform the sound and direction. You can really feel that up-tempo energy in some of the songs.”

Majid Jordan gave listeners a taste of the album with the airy, tribal bounce of “My Love” [feat. Drake] in August 2015. Its icy, sexy video would open the gateway into their latest body of work. The first 2016 single “Something About You” sees Jordan and Illangelo conjure an echoing groove and ethereal percussion punctuated by Majid’s show-stopping falsetto and expansive range.

“Chronologically, it came out after ‘My Love,’ and they both follow a theme,” explains Majid. “In ‘My Love,’ you’re unsure, and you’re questioning the intentions of somebody’s love for you. That unsettled feeling comes through. Then, you get to ‘Something About You,’ and you don’t let the past experience jade the way you look at the world. You’re no longer scared of love. You’re moving forward.”

Elsewhere, “Learn From Each Other” sees Majid’s voice glide over a lush instrumental backdrop, while “Shake Shake Shake” stands out as a seductively upbeat and undeniable dancefloor anthem.

“Our chemistry really carries through this music,” exclaims Jordan. “There’s a real synergy that we’ve had since day one, and it’s only growing.”

Now, everybody can move with them.

“Ultimately, I want this to pique people’s interest,” Jordan concludes. “This is a project we’ve really been working towards for most of our lives. I hope they can’t wait to see where we go next.”

“This is the first step of the journey,” Majid agrees. “This is Majid Jordan.”