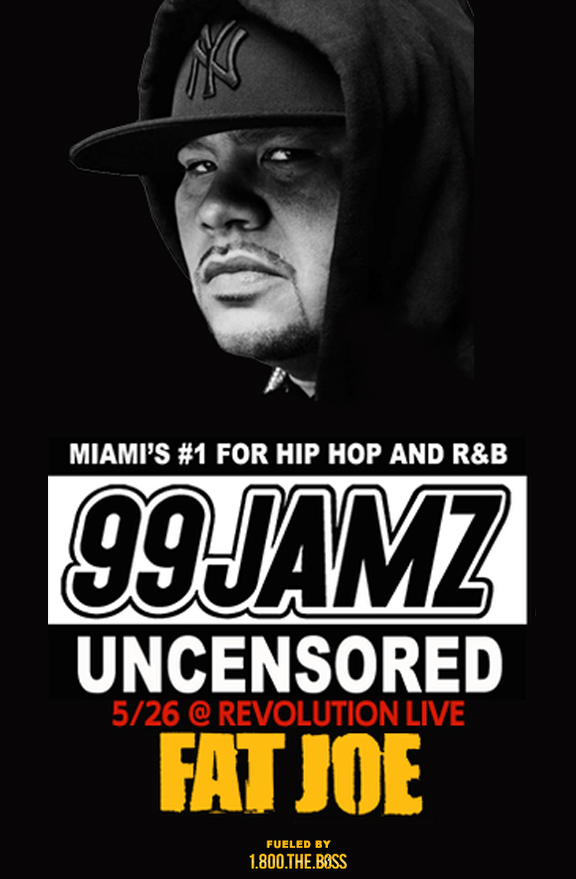 Latino rapper Fat Joe (aka Fat Joe da Gangsta, Joey Crack, and his real name, Joe Cartagena) was raised in the South Bronx area of New York. It was through an older brother that Cartagena learned the ways of the street, as well as discovering rap music via the sounds of such groundbreaking artists as Theodore, Funky 4 + 1, and the Furious Five. Eventually going by the name of Fat Joe, the rapper secured a recording contract with the Relativity label in the early ’90s, resulting in the release of his full-length debut, Represent, in 1993 (which spawned the single “Flow Joe,” peaking at the number one spot on Billboard’s Hot Rap Singles chart). Two years later, Fat Joe issued his sophomore effort, Jealous One’s Envy, which included a cameo by KRS-One, as well as production contributions by the likes of DJ Premier, L.E.S., and Domingo. Around the same time, Fat Joe appeared on LL Cool J’s big hit “I Shot Ya” (along with Foxy Brown and Keith Murray) and collaborated with Wu-Tang Clan’s Raekwon on a track from the “Envy” single called “Firewater.”

By the late ’90s, Fat Joe had switched record labels (signing on with Atlantic) and tried his hand at other non-musical-career ventures such as opening a clothing store called Fat Joe’s Halftime, a barber shop, and a fashion line, FJ560. In addition, he signed a production and distribution deal with Atlantic Records and Mystic Entertainment (which he ran with a partner named Big Greg). Fat Joe’s debut for Atlantic, 1998’s Don Cartagena, featured cameo appearances by the likes of Puff Daddy, Nas, Raekwon, Big Pun, and Jadakiss (the LOX), and was followed up in 2001 with Jealous Ones Still Envy (J.O.S.E.), which included contributions from Ludacris, Petey Pablo, M.O.P., R. Kelly, and Remy. Loyalty followed in 2002, then in 2004, he had a major hit with his crew Terror Squad when “Lean Back” landed with vocals from crew member Remy Ma. The raw Me, Myself and I from 2006 found the rapper on his own Terror Squad imprint, which was distributed by EMI. His second album for the label, The Elephant in the Room, appeared in 2008. A year later, Jealous Ones Still Envy arrived with a star-studded guest list. In 2010, the “(Ha Ha) Slow Down,” single announced the coming of that year’s The Darkside. The album was the rapper’s first release for the E1 label. In 2016, he reunited with Terror Squad member Remy Ma for “All the Way Up,” a single featuring French Montana as special guest.