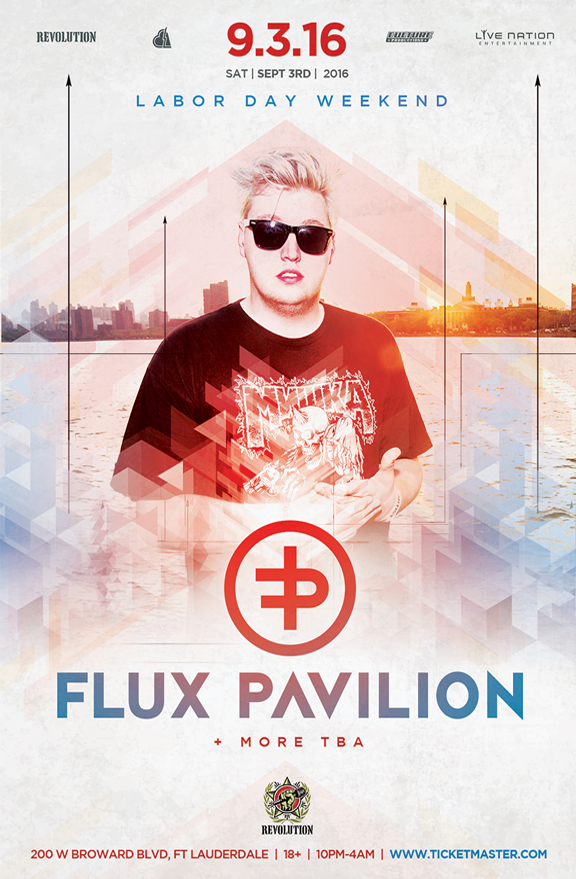 Known for his 2011 hit “Bass Cannon”, English dubstep producer and DJ Joshua Steele took the name Flux Pavilion around 2008 when he released the track “Cheap Crisps” as a digital download. Steele had grown up in Towcester where his neighbors were like-minded producers Doctor P and Trolley Snatcha. At the time, all three had been playing in guitar-based bands together, but after downloading some music creation software, they agreed the future was digital and were set on their dubstep paths. Fast forward to 2010 and Flux Pavilion had made a name for himself with plenty of club hits, remixes, and DJ gigs, but that year’s “I Can’t Stop” took his career to another level. Two “fans” Steele met on a tour of America asked to sample the cut for their upcoming hip-hop album, and a year later “I Can’t Stop” became the basis of “Who Gon Stop Me” on Jay-Z and Kanye West’s collaborative effort Watch the Throne. Flux Pavilion’s hit track “Bass Cannon” arrived that same year, along with a collaborative cut with Doctor P, “Super Bad.”