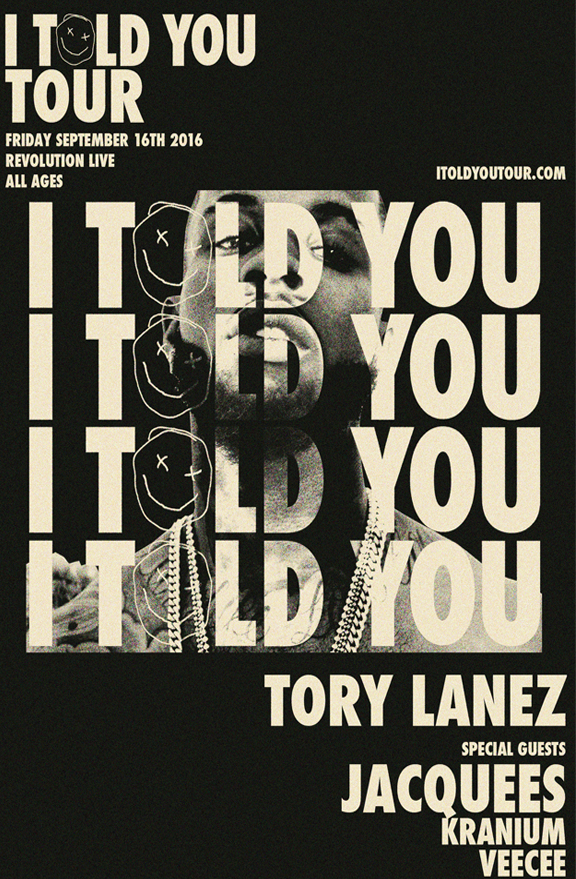 Tory Lanez was one of the more versatile artists to surface during the early 2010s. A songwriter and producer who flits between and fuses R&B and rap — his vocals alternate between swift and rugged boasts and smooth and sensitive come-ons — he made steady strides toward the mainstream with numerous mixtapes, guest appearances, and self-directed videos. He spent parts of his early life in Toronto, his birthplace, as well as in Montreal, Miami, Atlanta, and New York. Although he was known underground well before his 20th birthday, and was supported early on by Sean Kingston, he made some of his biggest moves in 2014. During that year, he was featured on “Me & My Bitch” — a track off YG’s Top Five album My Krazy Life — and among his own tracks that circulated in 2014 was “The Mission,” his first cut to hit Billboard’s Twitter Emerging Artists chart. In July 2015, after he had signed an Interscope-affiliated deal with Benny Blanco’s Mad Love label, he released “Say It,” an R&B slow jam that sampled Brownstone’s mid-’90s hit “If You Love Me.”