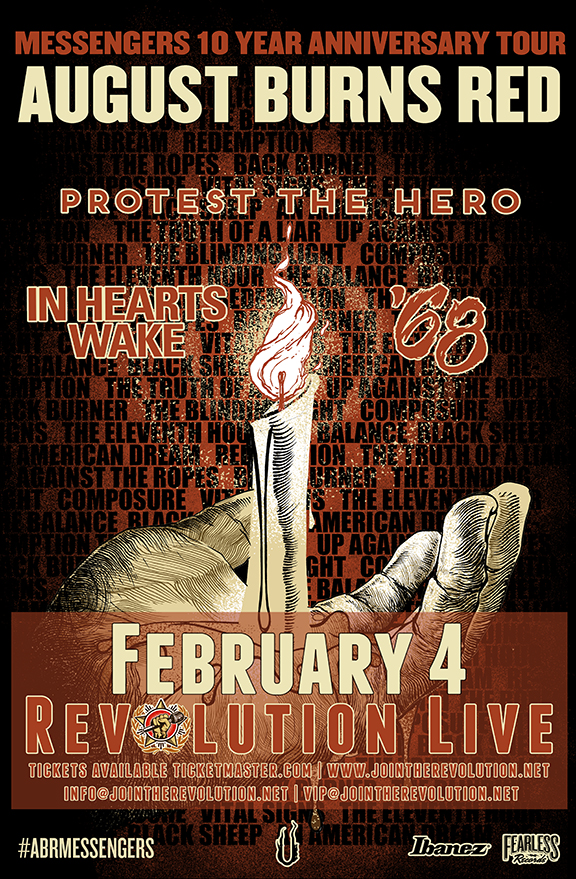 Since their formation, the local upstart from Lancaster, PA has evolved into one of the biggest names worldwide in the modern metal scene, continually growing and connecting fiercely with a colossal legion of fans. August Burns Red has spent years skillfully crafting a balance between a ferociously heavy sound with empowering lyrical content, while showcasing a rich surplus of inventive guitar riffs, blistering solos, and dynamic drumming. With a solid collection of albums, Thrill Seeker, Messengers, Constellations, Leveler and Rescue & Restore which rocketed to the top of the Billboard charts – debuting at #9 on the Billboard Top 200. Their latest release is the critically acclaimed Found In Far Away Places.