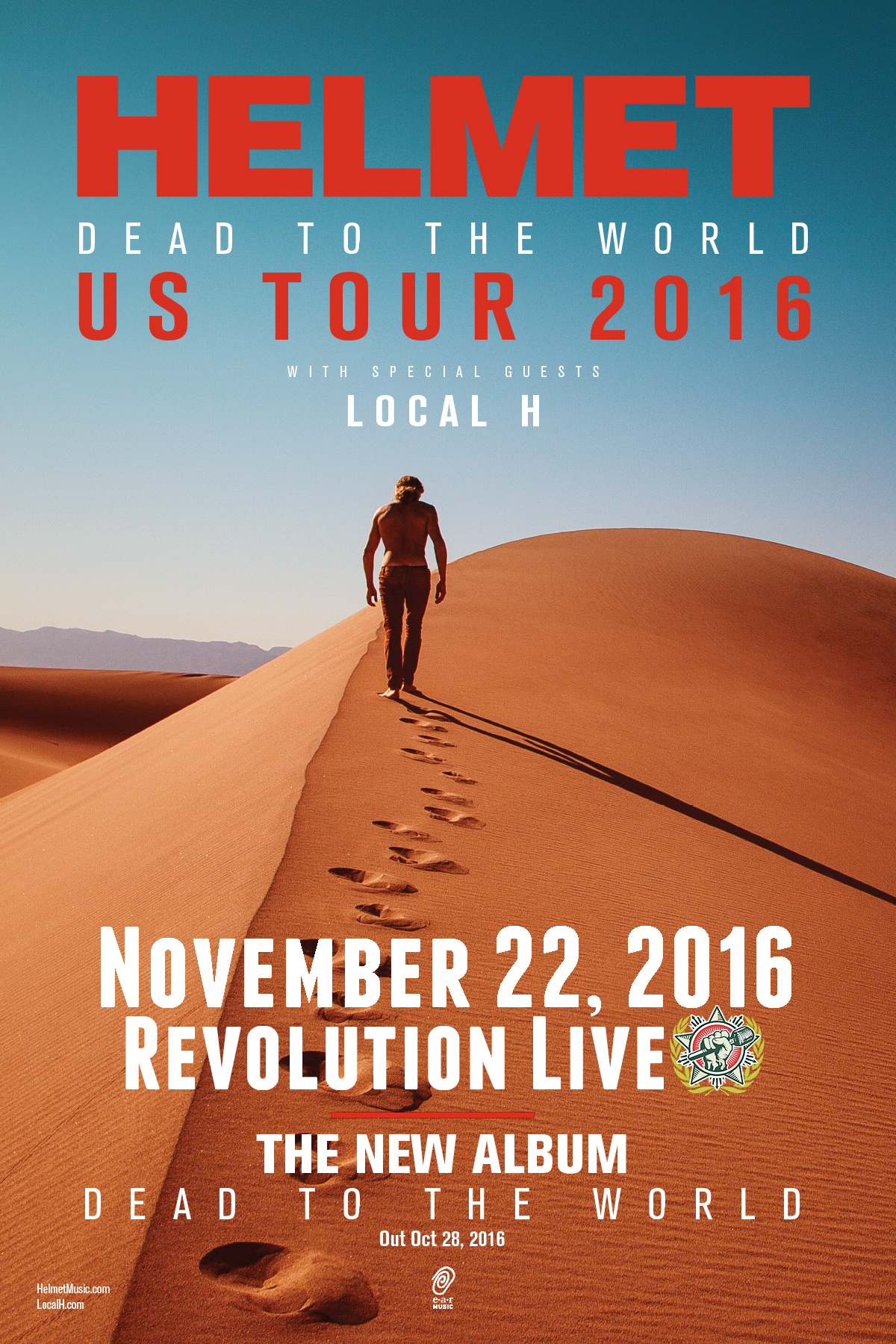 Helmet was formed in New York City in 1989 by founding members Page Hamilton, Henry Bogdan, Peter Mengede and John Stanier. The group signed to Amphetamine Reptile Records and released their first full-length album, Strap It On, in 1991. A year later, they signed to Interscope Records.

The band found mainstream success with their Interscope debut, Meantime, which debuted at number 68 on the Billboard 200 and spawned the hits “Unsung” and “In the Meantime.” In 1994, Helmet explored new sonic territories with the fan favorite and critically acclaimed Betty, which incorporated elements of jazz and blues into their “thinking man’s metal.” Following an additional album, Helmet broke up in 1998, while Hamilton explored other projects, including various collaborations and film scores.

In 2004, Hamilton reformed Helmet with a new lineup, releasing the album Size Matters that same year. In 2006, they released Monochrome on Warcone records and then released their most recent album, Seeing Eye Dog, via Work Song in 2010.