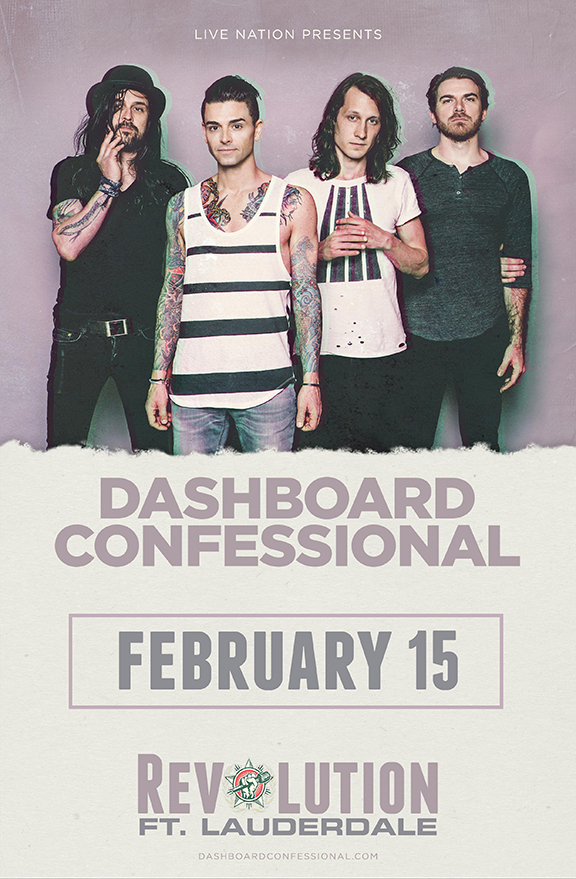 Singer/songwriter Christopher Carrabba became the poster boy for a new generation of emo fans in the early 2000s, having left behind his former band (the post-hardcore Christian outfit Further Seems Forever) to concentrate on vulnerable, introspective solo musings. Armed with an acoustic guitar and soul-baring song lyrics, he christened his new project Dashboard Confessional — named after a lyric in “The Sharp Hint of New Tears” — and began releasing material. With The Place You Have Come to Fear the Most, Dashboard Confessional had evolved into a full-fledged band, but Carrabba nevertheless remained the focal point of both the group and the rejuvenated emo genre. Carrabba explored both sides of his personality — the acoustic, campfire-worthy songwriter and the full-band frontman — with 2009’s Alter the Ending, which featured songs from both camps and even included a second disc comprised of stripped-down performances of the track list. After a string of six Dashboard Confessional albums in nine years, including three gold records, Chris Carrabba, who is excited for his first new album since 2009