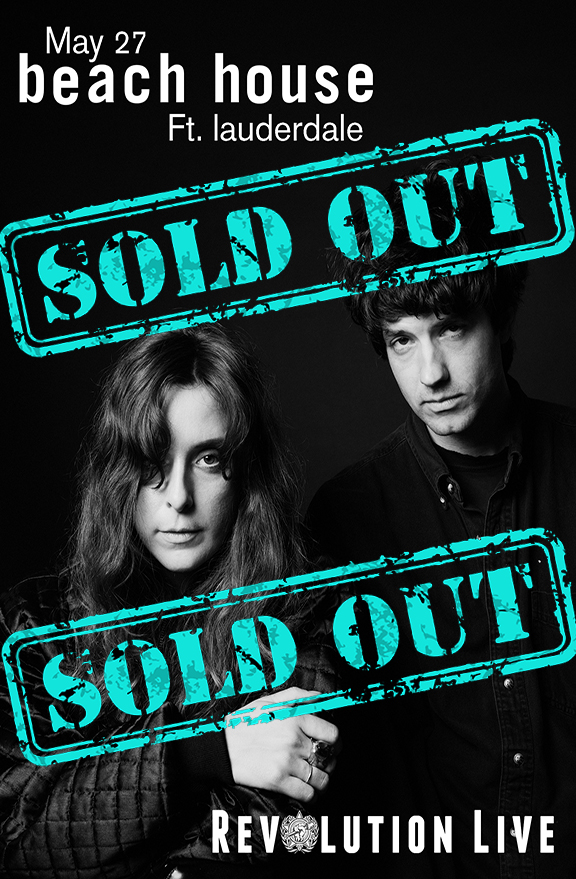 Beach House is Victoria Legrand and Alex Scally. We have been a band for over a decade living and working in Baltimore, MD. Depression Cherry is our 5th full-length record. This record follows the release of our self-titled album in 2006, Devotion in 2008, Teen Dream in 2010 and Bloom in 2012. Depression Cherry was recorded at Studio in the Country in Bogalusa, Louisiana from November ’14 through January ’15. This time period crossed the anniversaries of both John Lennon’s and Roy Orbison’s death.
In general, this record shows a return to simplicity, with songs structured around a melody and a few instruments, with live drums playing a far lesser role. With the growing success of Teen Dream and Bloom, the larger stages and bigger rooms naturally drove us towards a louder, more aggressive place; a place farther from our natural tendencies. Here, we continue to let ourselves evolve while fully ignoring the commercial context in which we exist.
Here are a few quotes that we feel relate to the feeling and themes of this record:
— “I’ll never be able to be here again. As the minutes slide by, I move on. The flow of time is something I cannot stop. I haven’t a choice. I go. One caravan has stopped, another starts up. There are people I have yet to meet, others I’ll never see again. People who are gone before you know it, people who are just passing through. Even as we exchange hellos, they seem to grow transparent. I must keep living with the flowing river before my eyes.” – from Kitchen by Banana Yoshimoto
— “We inhabit a world in which the future promises endless possibilities and the past lies irretrievably behind us. The arrow of time… is the medium of creativity in terms of which life can be understood.” – from The Arrow of Time by Peter Coveney and Roger Highfield
— “Mostly it is loss which teaches us about the worth of things.” – from Parerga and Paralipomena by Arthur Schopenhauer
— “Hark, now hear the sailors cry, feel the air and see the sky, let your soul and spirit fly, into the mystic……….when the fog horn blows, I want to hear it, I don’t have to fear it” – from “Into the Mystic” by Van Morrison
Here is the track listing with selected lyrics.
1. Levitation – “The branches of the trees, they will hang lower now, you will grow too quick, then you will get over it”
2. Sparks – “It’s a gift, taken from the lips, you live again”
3. Space Song – “What makes this fragile world go ’round, were you ever lost, was she ever found?”
4. Beyond Love – “They take the simple things inside you and put nightmares in your hands”
5. 10:37 – “Here she comes, all parts of everything, stars in the motherhand”
6. PPP – “Did you see it coming, it happened so fast, the timing was perfect, water on glass…”
7. Wildflower – “What’s left you make something of it”
8. Bluebird – “I would not ever try to capture you”
9. Days of Candy – “I know it comes too soon, the universe is riding off with you…… I want to know you there, the universe is riding off with you.”
For us, Depression Cherry is a color, a place, a feeling, an energy… that describes the place you arrive as you move through the endlessly varied trips of existence…
Beach House will tour WORLDWIDE with the release of Depression Cherry.