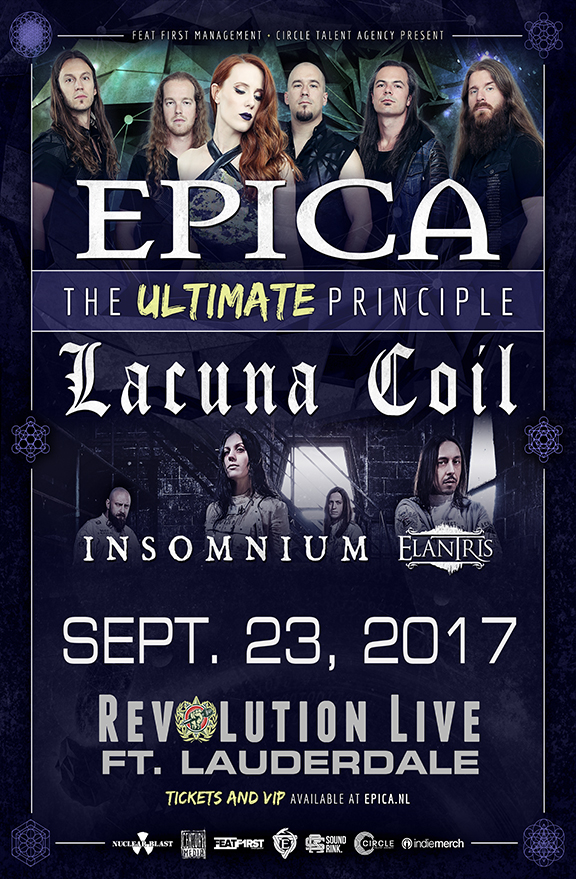 The world of symphonic metal is all about big ideas and high standards, but few bands have taken this most bombastic of genres to such momentous creative heights as EPICA. Formed in the Netherlands, these perennially dynamic masters of sonic opulence swiftly grabbed the world’s attention with their debut album, The Phantom Agony. With a fresh and vital sound that struck a sublime balance between orchestral grandeur and pure heavy metal grit, EPICA’s music has continued to showcase the compelling contrast between singer, Simone Simons’s soaring vocals and guitarist, Mark Jansen’s guttural growls; between Isaac Delahaye’s unstoppable core of scything riffs and keyboard maestro, Coen Janssen’s intricate, hugely cinematic arrangements and embellishments. All of this backed by a powerful tandem: Ariën van Weesenbeek blasting his drums and Rob van der Loo providing tasteful low end. The lyrics, too, made EPICA stand out from the crowd, as they eschewed the traditional symphonic trope of fantasy and began to explore and dissect notions of philosophy, science and spirituality. This Dutch sextet are widely regarded as the genre’s brightest hope and international success is in their grasp.