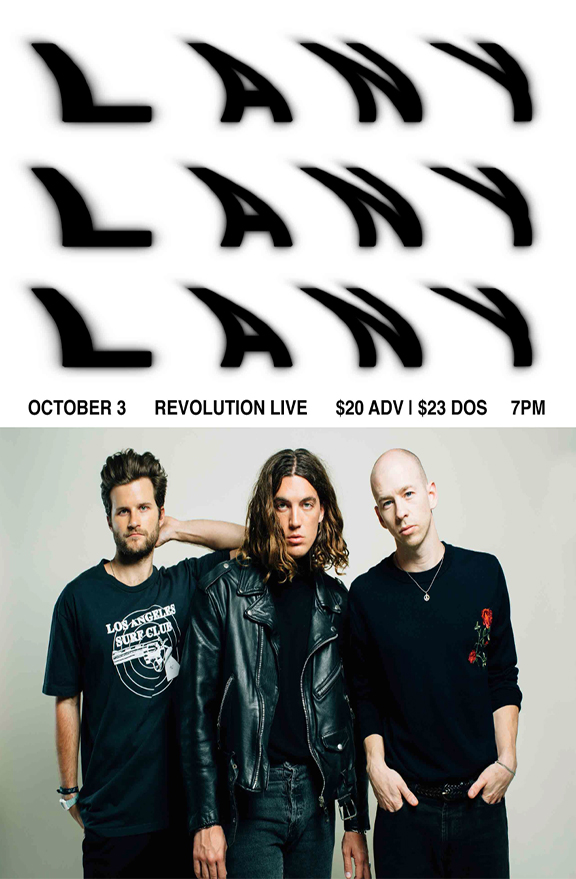 Jake Goss. Crafting dreamy pop with an R&B spirit, the members of LANY studied music in

college and are multi-instrumentalists. The band's name (pronounced "Lay-nee") is a nod to Los

Angeles and New York, marking their desire to spread their music from coast to coast. That

continued to build a following while on the road, touring with Troye Sivan, Ellie Goulding,

Halsey, and X Ambassadors. The group eventually signed with Polydor Records. They released

a third EP, the six-track Make Out, which culled tracks from their previous releases, including the

song "ILYSB" ("I Love You So Bad"). The song was a hit online, reaching over 14 million

streams. While LANY embarked on a world tour in 2016, they released "Where the Hell Are My