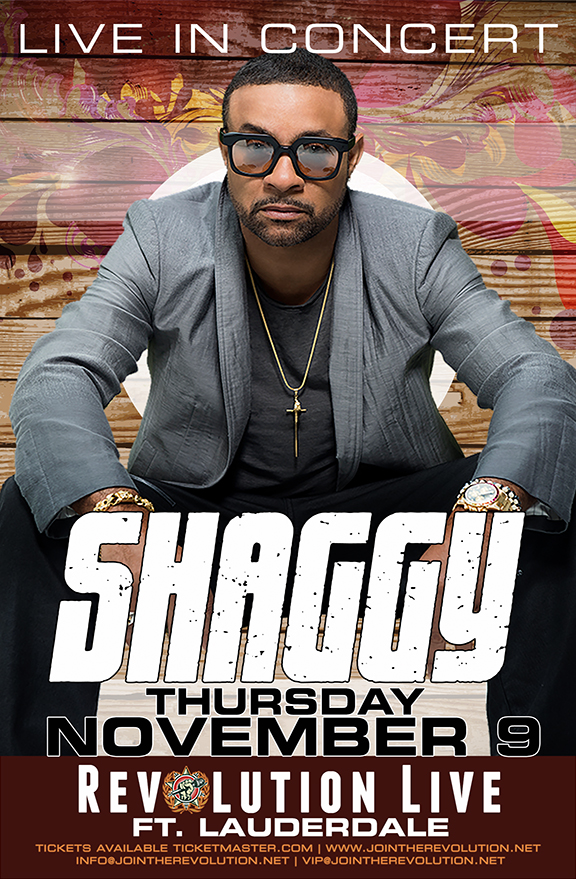 Multi Grammy award winning artist Shaggy is by all accounts the true definition of a renaissance man, besides his continuing success in reggae/dancehall music and it’s influence on pop music worldwide, Shaggy is fierce businessman, and humble philanthropist. Since exploding on the music scene, Shaggy’s several gold and multi-platinum selling albums have won him a Grammy Award in 1996 for Best Reggae Album, 5 Grammy nominations, and topped an impressive chart list that included the Top 40 Rhythmic charts, Hot 100, Billboard 200, among others.

In 2012 Shaggy launched new label, Ranch Entertainment, Inc. The premiere reggae fusion label, headquartered in New York and Jamaica, was formed with the premise to develop and facilitate innovative approaches for up and coming artists to excel in the current market and provide established artists with opportunities outside their usual channels. The label was received to much fanfare which translated in a Sony/Brooklyn Knights/Ranch Entertainment deal. The unprecedented union still allowed Shaggy to have creative say in the production of his music, yet have a powerhouse supporting his music and brand.

Shaggy illustrious career has seen the international superstar perform alongside some of the biggest names in all genres of music, notably he recently collaborated with his longtime friend and producer Costi, as Shaggy joined Afro Pop artist Mohombi and Australian singer Faydee on the recently released vibrant and catchy single, “I Need Your Love.” The success of the single was eminent, and Shaggy traveled to Spain’s Castellon Coast to film the blockbuster video, capturing the international flavor of the song. To date the video has garnered over 30 million views.

His accolades are too many to count, but distinctly his appearance on the long running late night talk show “Tonight Show” for a “Shaggy Off” tops the list of Shaggy’s career highlights. Through it all, the charismatic star has remained humble, taking his career in strides. He has defied the odds, succeeded on his own terms and continues to break down barriers for those who dare to follow in his footsteps.