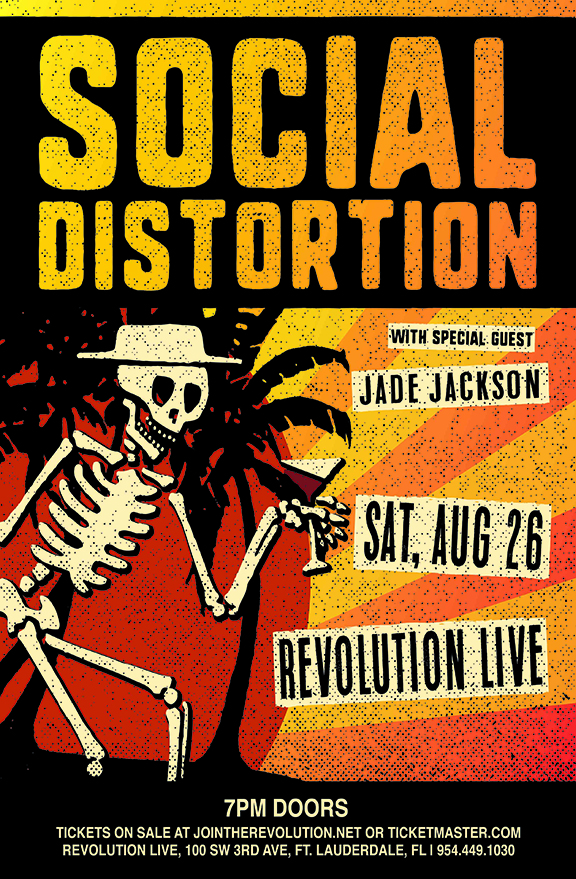 their own rules, and over that time their influence has only grown. Each of their albums has been

stronger than their last. They’ve been brought onstage by Bruce Springsteen, because he wanted

to play one of their songs. They’ve seen high times and low ones, good days and tragic days, but

every night they give 100%, and every morning they wake up still swinging. This is the short

version of the Social Distortion bio — the long version could be a 10-part mini-series. But over

the past 30 years, the punk godfathers in the band have all but trademarked their sound, a brand of

searing guitars and a locomotive rhythm section sound as alive today as they did in ’82, as do

Ness’ hard-luck tales of love, loss and lessons learned. Social Distortion is a mix of potent

power, appeal across all age brackets and a genuine satisfaction at reaching as many people as

they have. “I write songs for myself, and I hope that other people will like them too,” Ness says.

“I think every record you make is showing people what you’ve learned over the past few years.

It’s showing people, ‘This is what I know.'” Now in their fourth decade, Ness and Social

Distortion have officially done one of the most non-punk things possible: They’ve failed to burn

out. And that is good news for their fans!