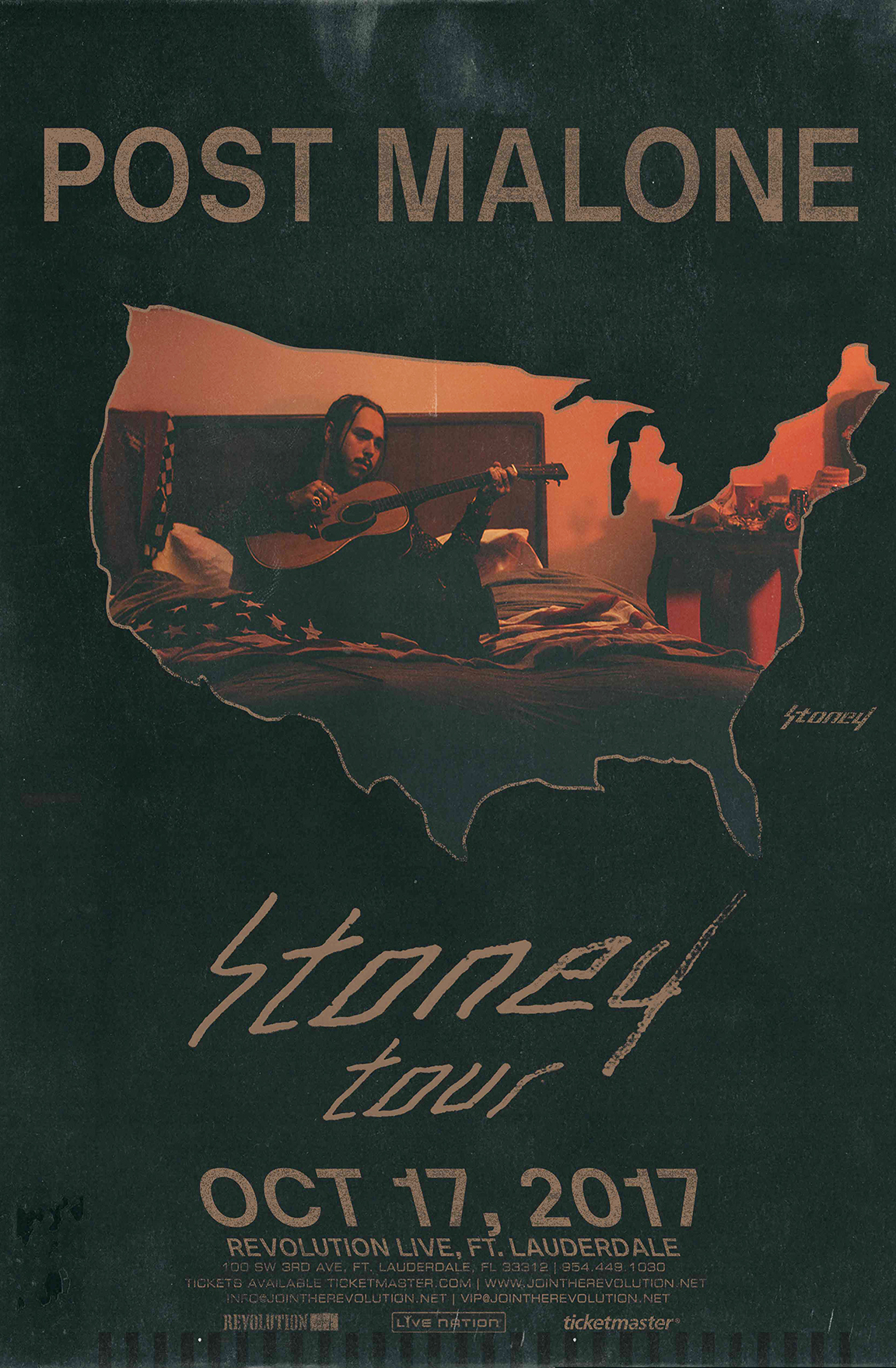 Dropping basketball references like the old school but wrapping them in thoroughly modern beats, Post
Malone hit in 2015 with his single "White Iverson." He loved music from a young age, and planned on
joining a band thanks to the video game Guitar Hero, but when his dad gave him a copy of Terror
Squad's hit "Lean Back," Post decided to become an MC. A move to the West Coast dropped him in Los
Angeles. After putting some braids in his hair, he coined the term "White Iverson," and when he posted
the track in 2015, he hit a million views within the month. Malone then signed with the Republic label. It
was a huge opportunity for him and he fully exploited it. He worked with consecrated rappers like 50
Cent, Young Thug, and Kanye West. Additionally, he developed a friendship with Justin Bieber and
later joined Bieber on his Purpose World Tour. In 2016 he released “Go Flex,” which reached numerous
charts and marked his national television debut – Jimmy Kimmel Live!. Furthermore, “Déjà vu”, a
collaboration with Bieber, expanded his fanbase. The young artist released a “HIP HOP mixtape”
promoting his debut studio album. The mixtape, titled August 26th, was meant to indicate the release date
of the album. However, the album Stoney came out at the end of 2016. It was a massive success and sold
over 60K copies, more than any other fairly new artist in 2016. From this album, the promotional and
fifth single, “Congratulations,” featuring Quavo, is the most relevant. It accumulated over 25 million
Spotify streams. Post Malone’s next project is titled Beerbongs and Bentleys.