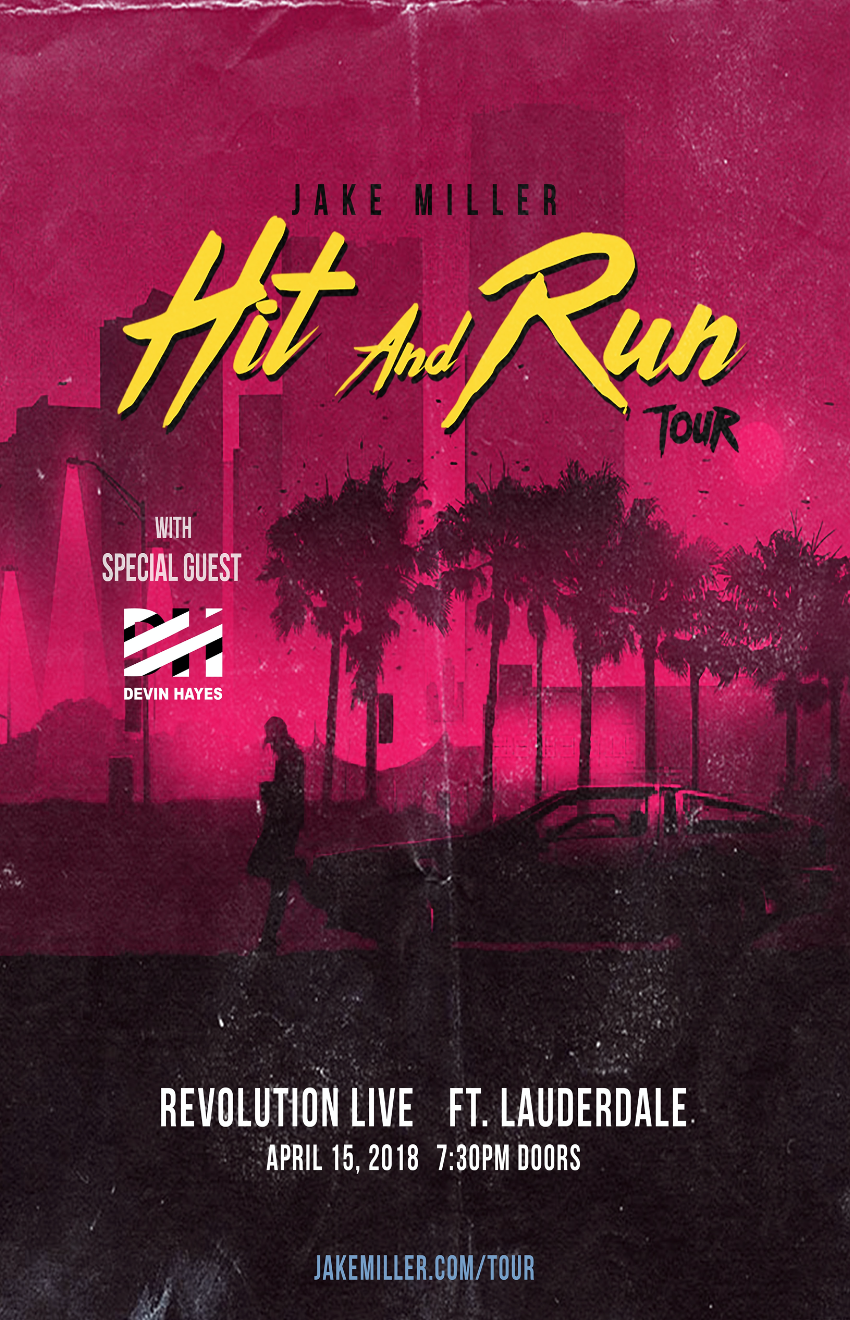 Ever since Jake Miller began posting his original songs on YouTube a few years ago, the Miami-born pop artist has been building a virtual army of fans. His millions of followers on social media call themselves the Millertary and come to his concerts wearing camouflage and greasepaint under their eyes. They are devoted to Miller’s irresistible musical blend of pop and hip-hop, combined with the positive messages in his songs. Miller began rapping when he was 17, but began to take it more seriously a year later when his YouTube videos caught the attention of local news and radio stations. This led to his first-ever live performance — a plum slot opening for Snoop Dogg. One of MTV’s 2014 “Ones to Watch” artists, Miller has shared stages with Mac Miller, Flo Rida, Sean Kingston, Asher Roth, Jason Derulo, Cody Simpson and Austin Mahone, at various radio festivals, including Y-100’s Jingle Ball and the Calle Ocho Festival in Miami, where he performed for a crowd of more than 200,000 screaming fans.