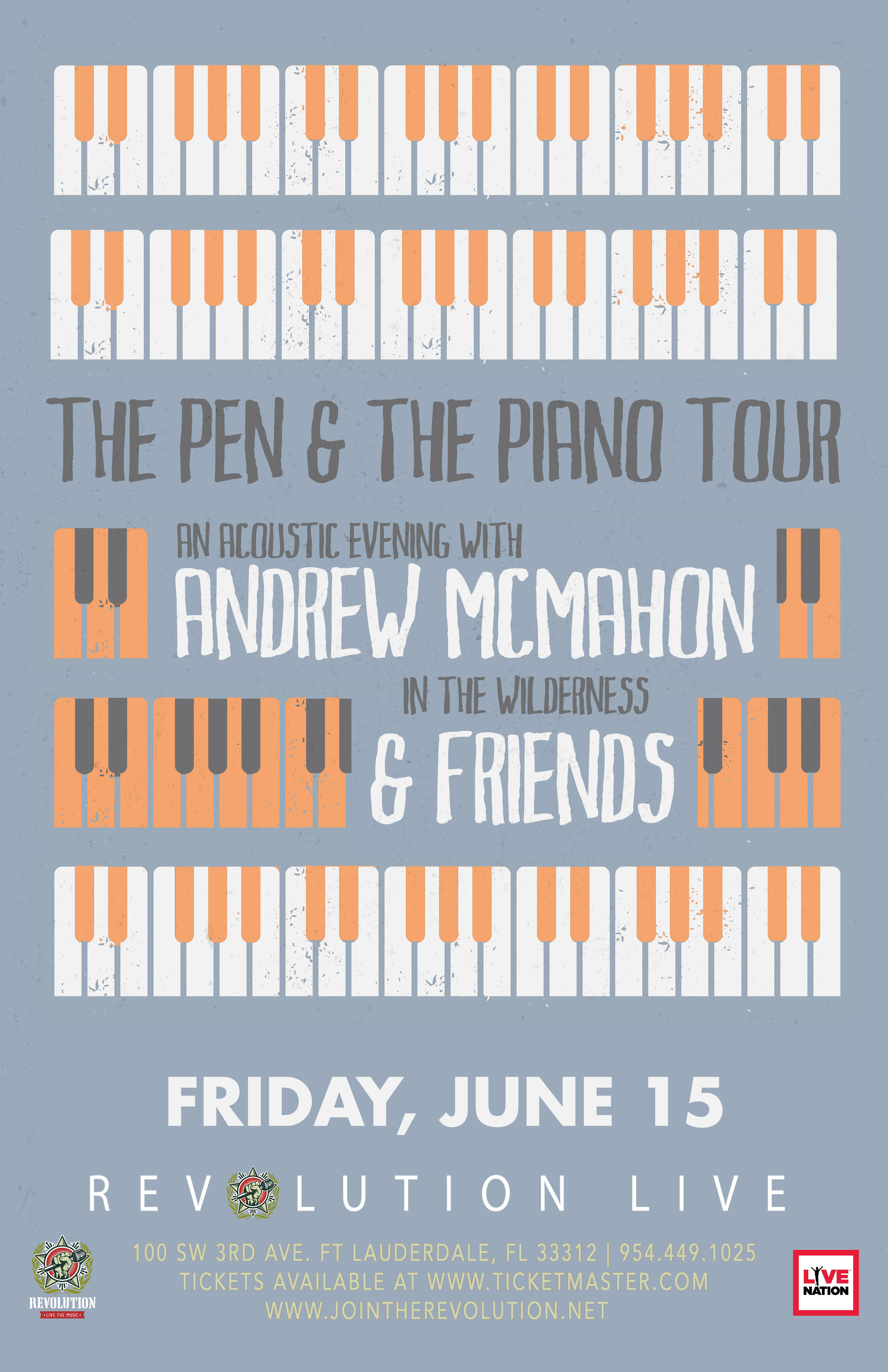 An Acoustic Evening with Andrew McMahon in the Wilderness & Friends

For most of the 2000s, pianist and singer/songwriter Andrew McMahon fronted the alt-rock group Something Corporate before segueing into a poppy solo project titled Jack’s Mannequin, which featured guest appearances by many of his talented musician friends. In 2013, he released his first collection of music under his own surname, the Pop Underground EP. Maintaining his usual warm, upbeat vibe, this was the first of McMahon’s records to rely predominantly on electronics and synthesizers. His full-length debut, released eponymously under the Andrew McMahon in the Wilderness moniker, arrived the following year. McMahon went out on tour with Weezer and Panic! At the Disco during the summer of 2016, and at the conclusion of the tour he released the single “Fire Escape.” It was the first taste of his second album, Zombies on Broadway, which arrived in February 2017.