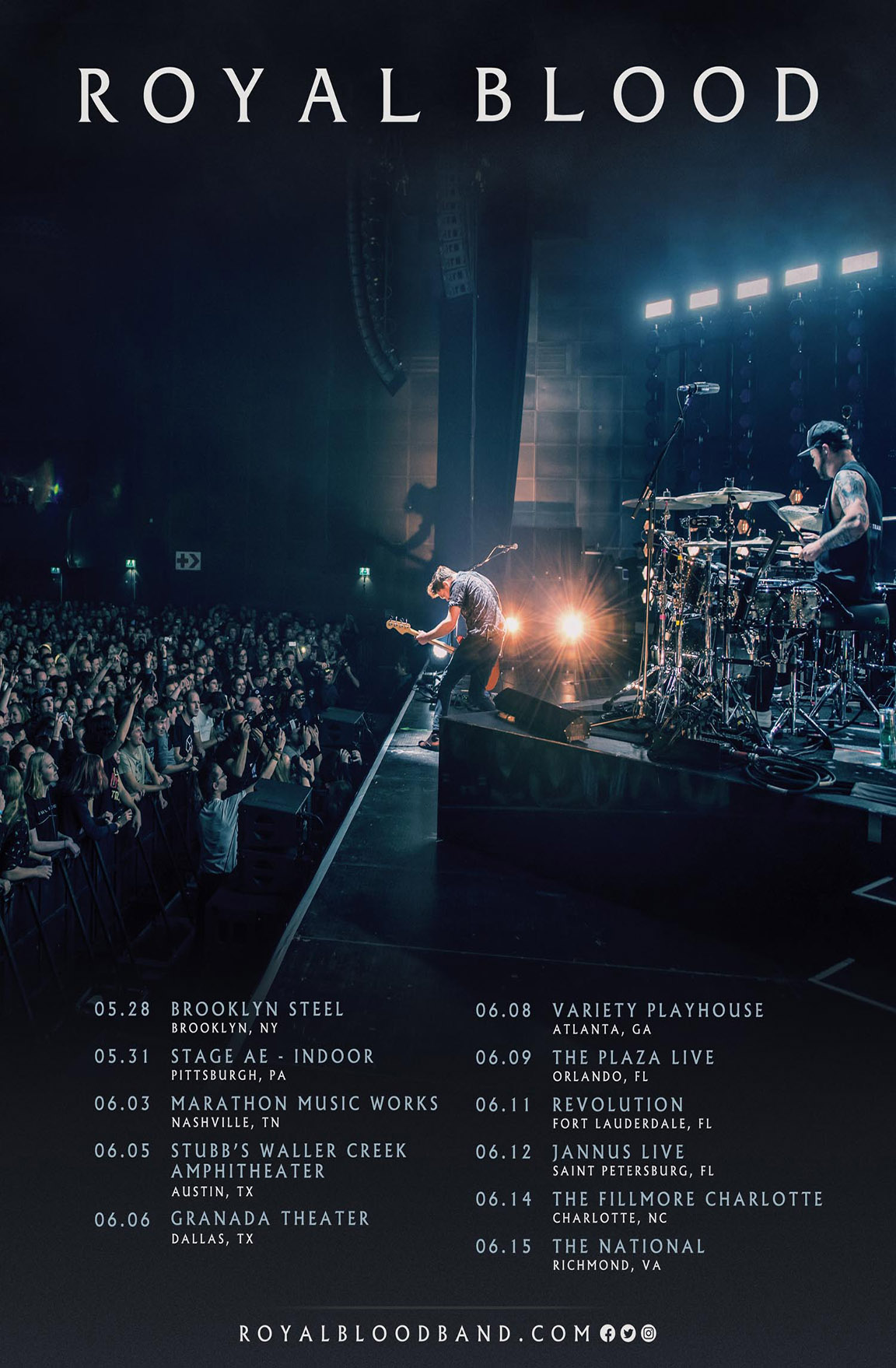 Doors: 7PM
Royal Blood is an English rock band from Brighton formed in 2003. The duo consists of vocalist/guitarist Mike Kerr and drummer Ben Thatcher. Modern blues and garage rock influences can be heard in the their music. Kerr and Thatcher take inspiration from At the Drive-In, The Dead Weather and The Raconteurs. Following the release of their debut single “Out of the Black”, Royal Blood supported Arctic Monkeys on a few shows in 2014. This led to performances at South by Southwest, Glastonbury Festival and Reading Festival. Their debut album Royal Blood was well-received by critics and was the fastest-selling British rock debut album in three years at the time. Royal Blood supported Foo Fighters alongside Iggy Pop during their 2015 tours. The band was presented with the Best British Group Award at the 2015 Brit Awards by Jimmy Page. In June 2017, Royal Blood released their sophomore record How Did We Get So Dark? featuring singles “Lights Out,” “Hook, Line & Sinker” and “I Only Lie When I Love You.” The album hit number one on the UK Albums Chart.