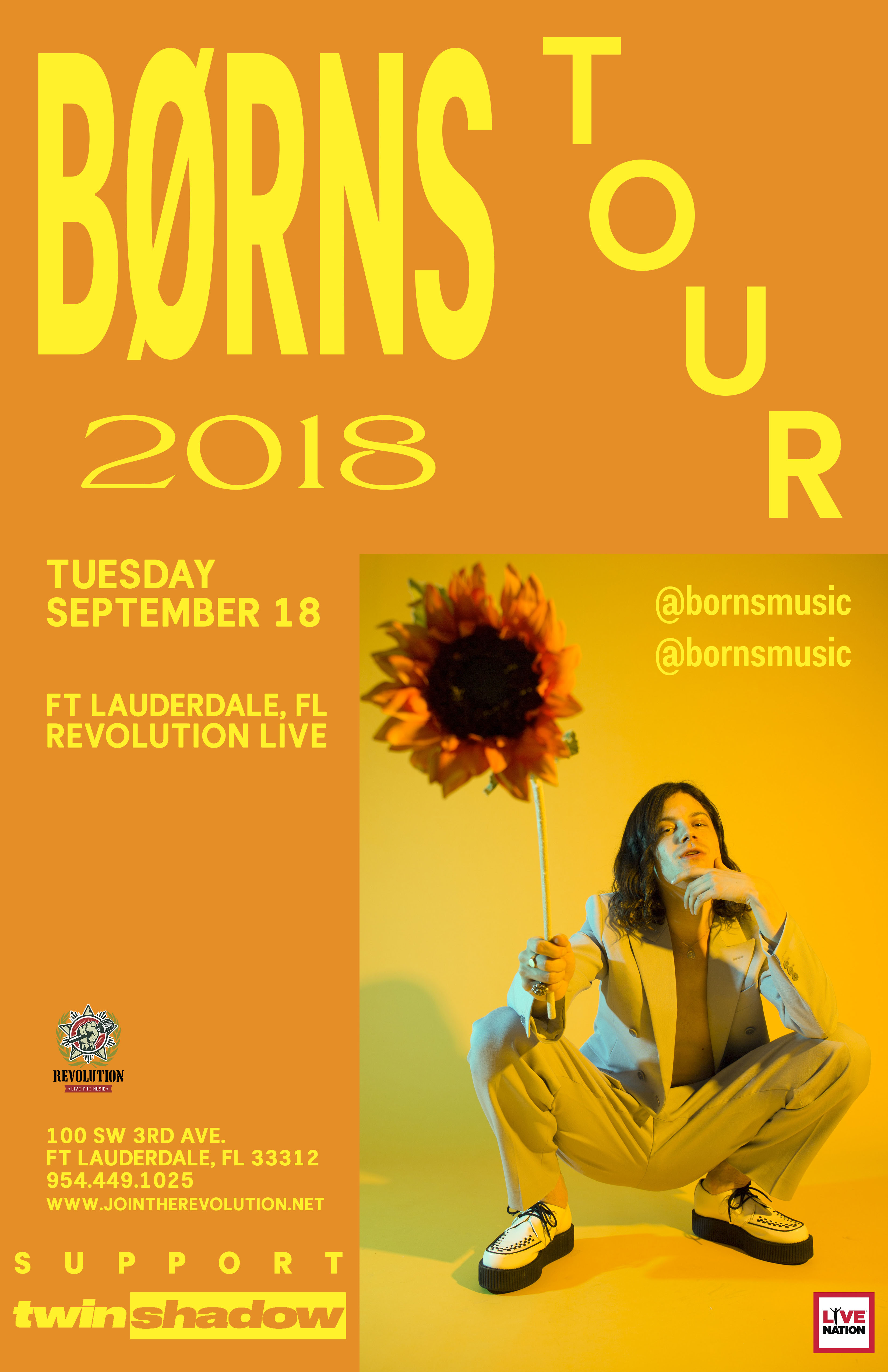 The nom de plume of singer/songwriter, multi-instrumentalist, and Michigan native Garrett Borns, BØRNS crafts big-hearted, alternately dreamy and danceable, falsetto-driven electropop confections that have been dusted with glam rock and folk. Raised in the Great Lakes coastal town of Grand Haven, Michigan, BØRNS studied music at the Interlochen Center for the Arts at Grand Rapids Community College and became a fixture on the local music scene. After a brief stint in New York City, BØRNS decided to relocate to Los Angeles, where he set up shop in a self-described “treetop sanctuary” just outside of the city, and began honing what would eventually become his debut EP, the Interscope-issued Candy. Built around the dizzying and syrupy sweet single “10,000 Emerald Pools,” the four-song EP was released in November 2014. After a year of touring, most notably with Bleachers and Charli XCX, BØRNS released his debut LP, Dopamine, on Interscope in late 2015. The album fared well both critically and commercially, reaching number two on both the Alternative and Top Rock charts in the U.S. That same year, BØRNS collaborated with French pop singer Petite Meller on a cover of the Velvet Underground’s “Sunday Morning.” In 2017 he issued the singles “Faded Heart,” “Sweet Dreams,” and “God Save Our Young Blood” featuring Lana Del Rey, all of which appeared on his sophomore effort, Blue Madonna, released in January 2018.