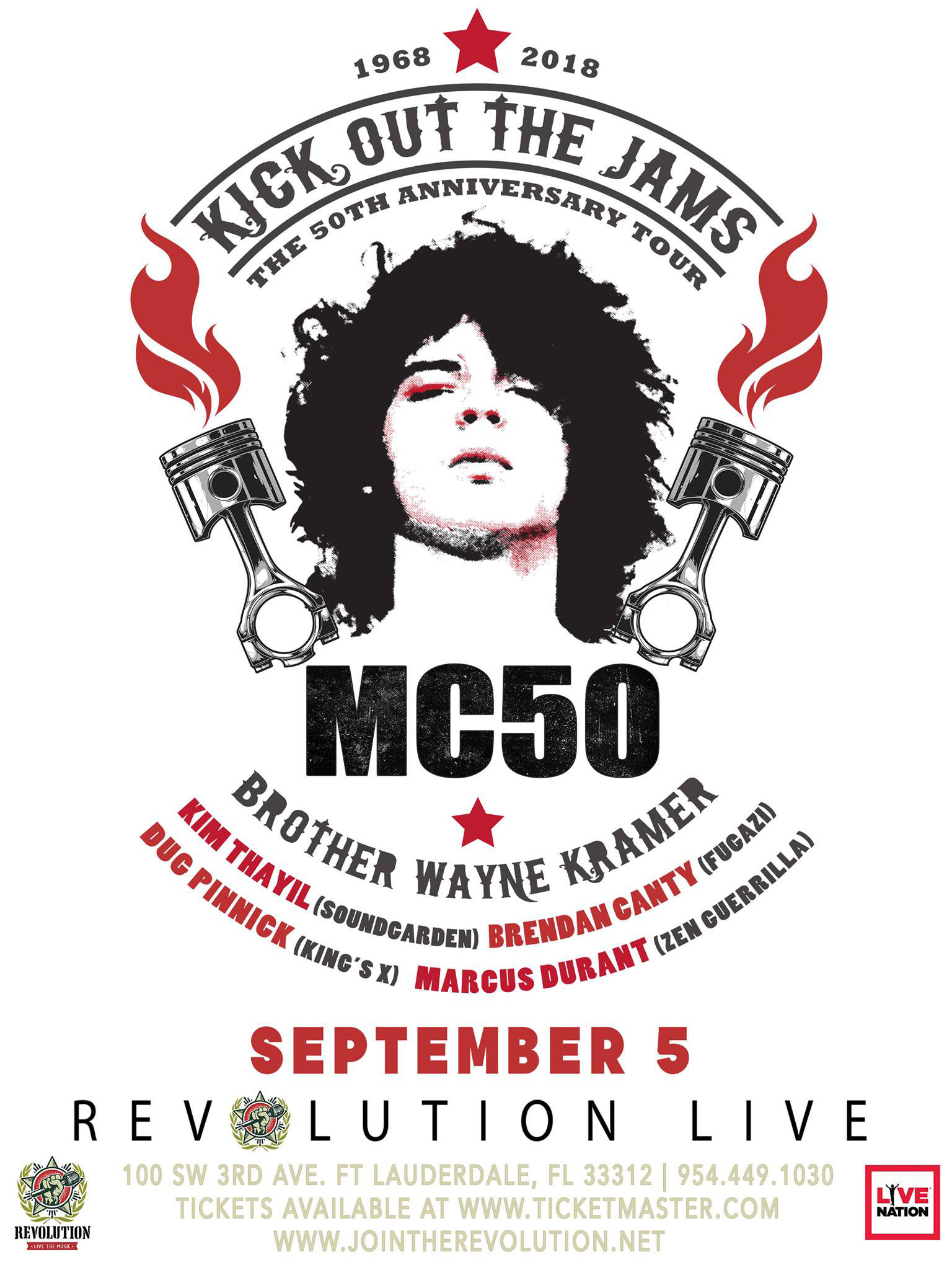 Some called the MC5 (for “Motor City Five,” after their home base) the first ’70s band of the ’60s. The group’s loud, hard, fast sound and violently antiestablishment ideology almost precisely prefigured much of punk rock. There was, however, one crucial difference: The MC5 truly believed in the power of rock & roll to change the world. The band first formed in high school and came to prominence in 1967–68 as the figureheads (or “house band”) of John Sinclair’s radical White Panther Party. At concerts and happenings the band caused a sensation by wearing American flags and screaming revolutionary slogans laced with profanities. In 1968 the MC5 went with Sinclair to Chicago to play while the Democratic Convention was under way. Its debut LP (#30, 1969), recorded live in 1968, captured the band in typical raw, revved-up, radical form, and embroiled Elektra Records in controversy over the title tune’s loud-and-clear shout “Kick out the jams, motherf***!” Some stores refused to stock the album; in response, the MC5 took out strongly worded ads in underground papers and, to Elektra’s further distress, plastered one offending store’s windows with Elektra stationery on which was scrawled, “F*** you.” Elektra and the MC5 parted company shortly thereafter, but not before the band had cut another version of “Kick Out the Jams,” with “brothers and sisters” substituted for the offending expletive. (It was available as a single and on some subsequent issues of the album, against the band’s wishes.)